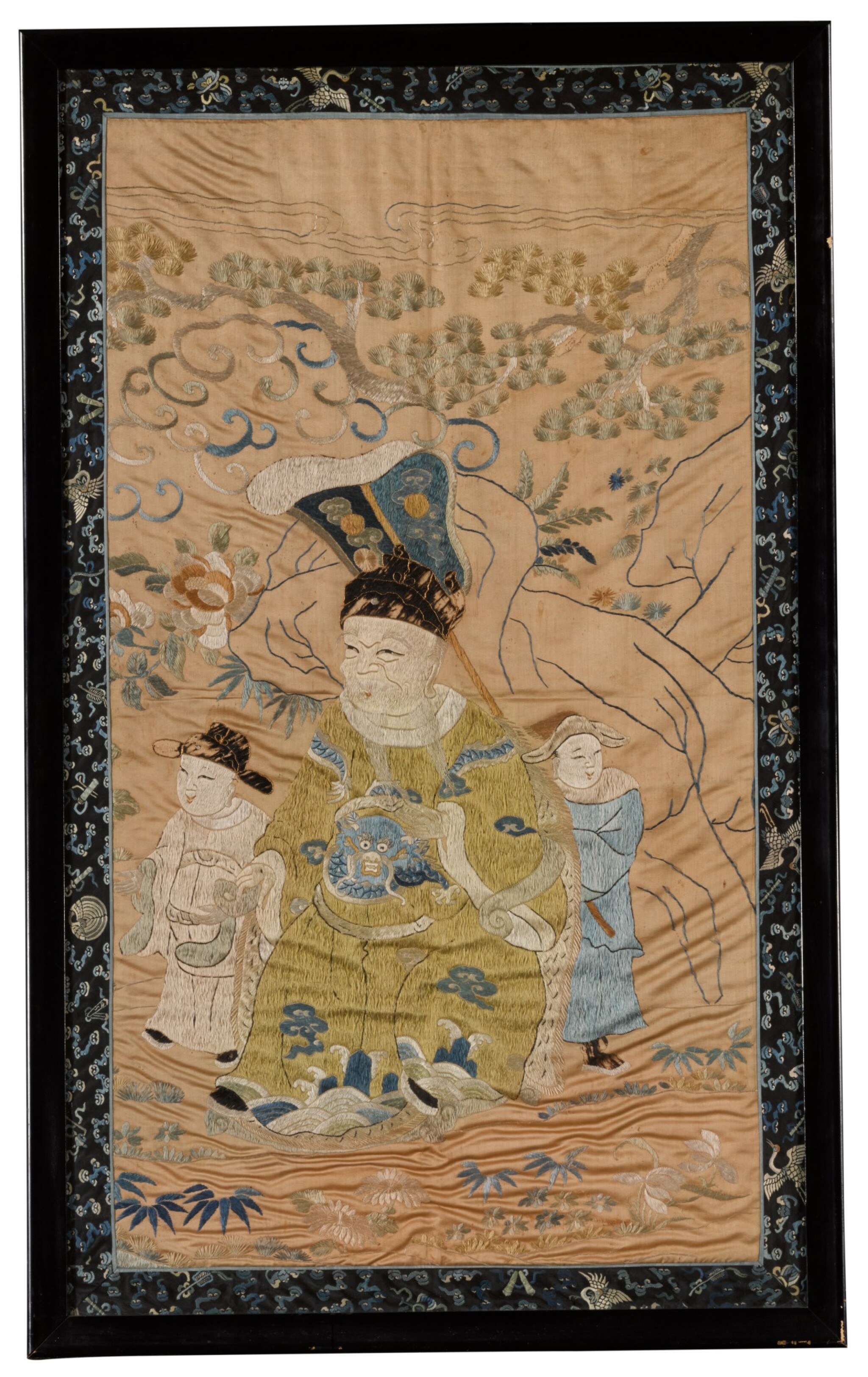 Scattered losses to threads, fading and discoloration. Please note this lot has not been inspected out of its frame.

Collection of Florence (1886-1939) and Paul H. Benedict (1888-1968), acquired in China prior to the 1920s, and thence by descent.
Mr. Paul Howie (1888-1968) and Florence (1886-1939) Benedict were an American couple who spent decades in China in the first half of the 20th century, developing their careers and their affinity for Chinese culture, and raising a family. Paul was born in Towanda, Pennsylvania and went on to graduate from Yale University (class of 1909) before moving to China as an executive for Standard Oil Company, working variously in Shanghai, Nanjing, Beijing, and Tianjin. Florence (neé Florence Jeannette Chaney) earned a Bachelor of Theology at the University of Chicago (class of 1908) and Master’s degree from the same university in 1913. She had a great interest in people of other cultures, writing a Master’s thesis titled “The Social and Educational Protection of the Immigrant Girl in Chicago” (1912), and following her graduation she became a Presbyterian missionary in China, serving in Huaiyuan county, Anhui province. Paul and Florence met in China and married in Huaiyuan in 1918, and raised two sons in Beijing. In 1942 while living in Tianjin, Paul was taken as a prisoner of war by the Japanese army and held for seven months in Beijing before being released. He subsequently moved back to the United States. The Chinese furniture, Buddhist figures, and other works of art that the couple collected in their time abroad have stayed in the family for three generations.