Property from a California Family Collection 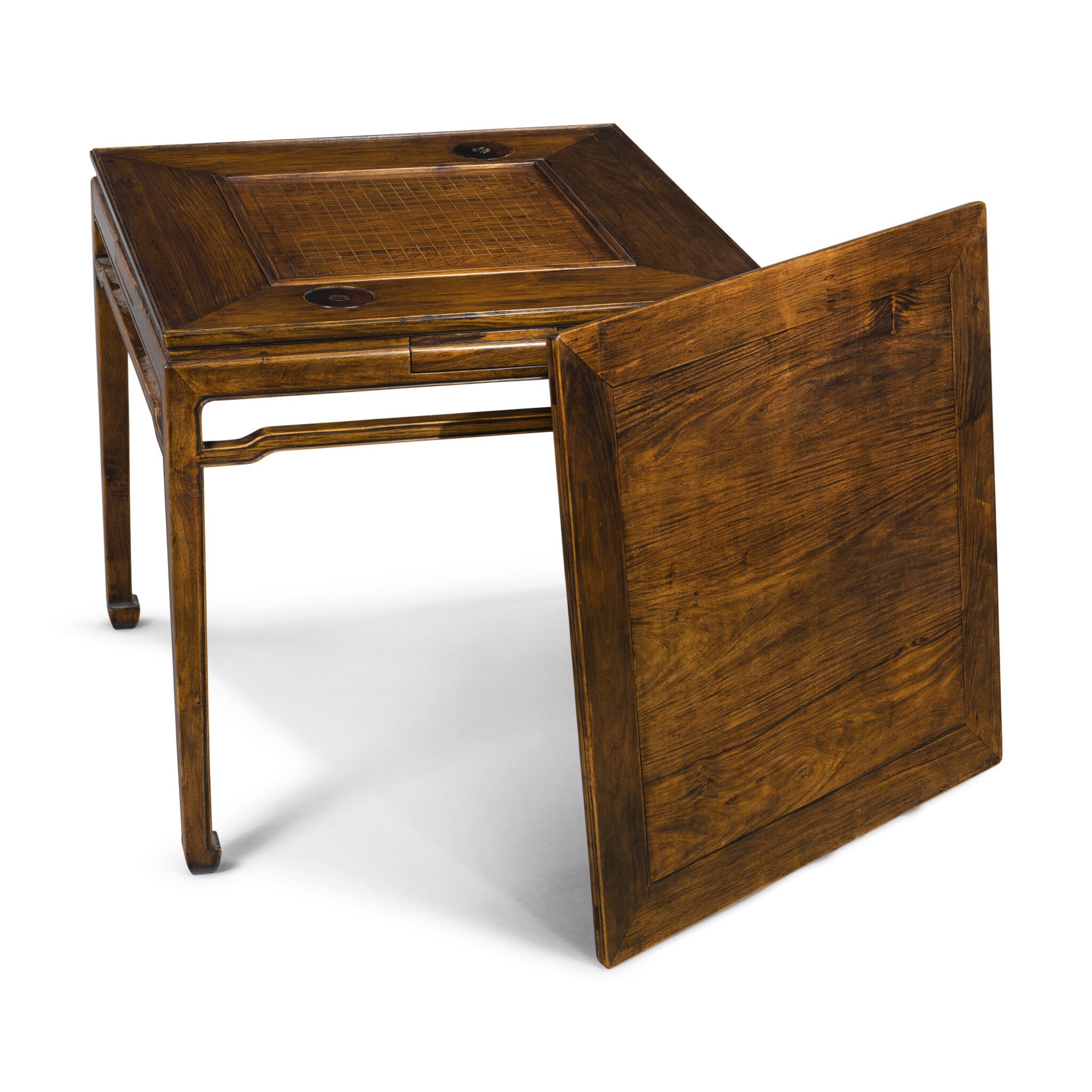 Property from a California Family Collection

Shrinkage to the top panel. Two legs have breakages near the joineries with associated consolidation. Another leg with a small patched repair. The fourth leg having a few vertical age cracks with consolidation. Overall with some areas of minor losses, splits, age cracks and general consolidation.

Tables of this type are very practical as they were used for both dining and playing games. They were frequently depicted in contemporary paintings and woodblock illustrations and often shown used by ladies, as in the painting Fang ting cai hua [Picking flowers by a pavilion] by the painter Yao Wen-han (fl. mid. 18th century), in the National Palace Museum, Taipei, included in the Museum’s exhibition New Visions at the Ch’ing Court. Giuseppe Castiglione and Western-Style Trends, Taipei, 2007, cat. no. 32. The form is also very practical, with the high stretcher well placed to provide strength to the structure while allowing ample room to sit comfortably.

Games tables have a long history in China, with early surviving examples used for the divination game liubo dating to the Eastern Han dynasty (AD 25-220). Tables constructed with weiqi boards originated in the Tang dynasty (618-906), and their popularity significantly grew during the Song dynasty (960-1279). Sarah Handler in Austere Luminosity of Chinese Classical Furniture, Berkeley, 2001, p. 187, notes that according to literary sources the Xuanzong Emperor was very fond of this game and "once, when the Precious Consort saw that he was losing she untied one of her miniature dogs, which promptly jumped onto the board and disarranged the pieces, to the emperor’s delight".

A similar huanghuali square games table, but with S-shaped braces, in the Philadelphia Museum, Philadelphia, is illustrated Robert Hatfield Ellsworth, Chinese Furniture. Hardwood Examples of the Ming and Early Ch’ing Dynasties, New York, 1971, pl. 73, together with one in the Cleveland Museum of Art, Cleveland, pl. 74; another was sold in these rooms, 9th/10th October 1987, lot 398; another in our London rooms, 11th November 2015, lot 12; a fourth table was sold at Christie’s Hong Kong, 3rd December 2008, lot 2531; and a rectangular example, from the collection of Robert Hatfield Ellsworth, was sold at Christie’s New York, 17th March 2015, lot 44.