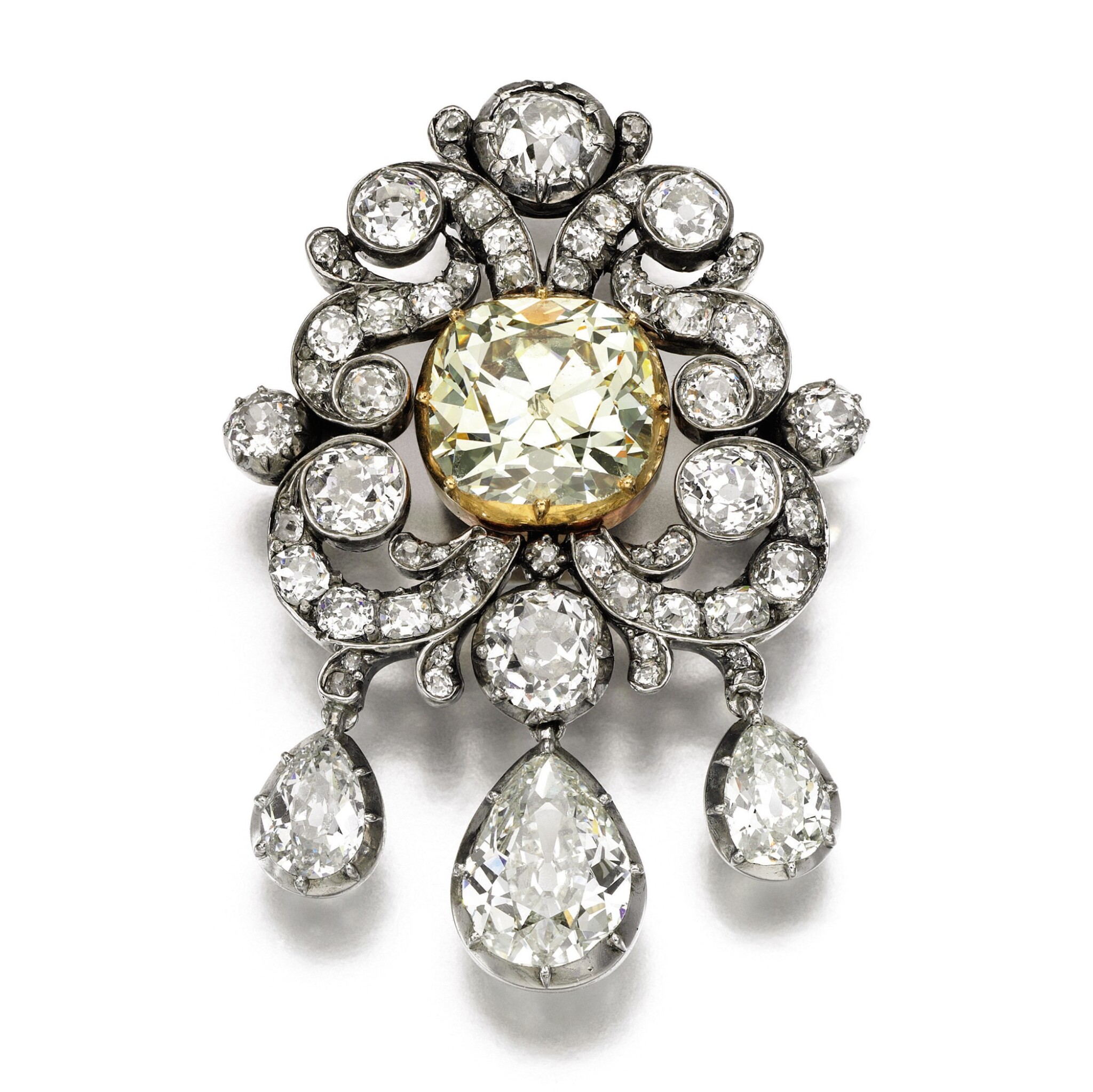 the centre set with a cushion-shaped yellow diamond in a closed setting, within a brooch of scrolled design set with cushion-shaped diamonds and suspending three pear-shaped diamond pendants, the reverse of the central diamond with a glazed locket containing woven hair, with the initials JSB

Diana Scarisbrick, Ancestral Jewels, London 1989, pg. 58, for an illustration of this brooch.

According to family tradition the coloured diamond is said to have been acquired by Sarah Sophia Banks (1744-1818). An avid collector, she primarily focused on coins, trinkets, medals, and printed ephemera, creating a vast and historically important collection, of which over 30,000 objects were donated to the British Museum after her death. She was heavily influenced by her brother, the renowned naturalist and explorer, Sir Joseph Banks (1743-1820), who accompanied Captain James Cook on the voyage on HMS Endeavor to the South Seas in 1768-71, and the pair corresponded regularly during his international travels with Sarah Sophia helping to organise his collections upon his return.

Sir Joseph Banks married Dorothea Hugessen (1758-1828) in 1779, and Sarah Sophia was inseparable from the couple, living with them in their house at 32 Soho Square, London for many years. An extract from Sarah’s will conveys this close relationship- “I bequeath to my sister Lady Banks…all my royal presents all my trinkets diamonds seals etc…no two people ever contributed more to the happiness of others than they both have to mine, they are everything to me”, and it is assumed that the lock of hair and initials JSB represent the entwined initials of Joseph and Sarah. The scrolled surround is a later addition made to incorporate the yellow diamond.