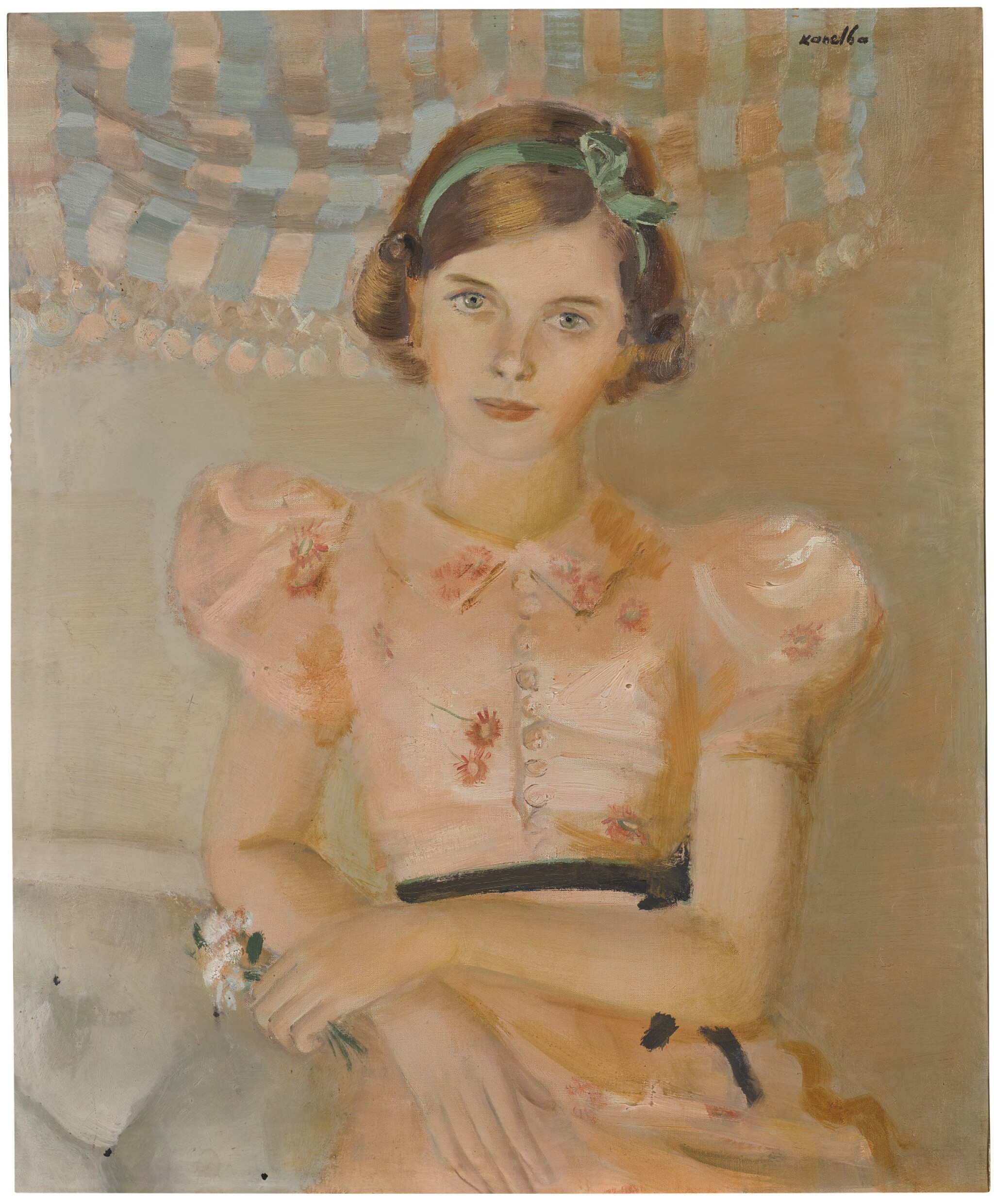 signed upper right: Kanelba and dated on the reverse: 1938

The canvas has not been lined. There is a pinhole visible to the upper centre and some spots of surface dirt. There is a minor abrasion to the upper edge. Overall the work is in good condition and ready to hang. Examination under ultra-violet light reveals no apparent retouching or restoration.

Raymond Kanelba (born Moses Rajmond Kanelbaum in Warsaw in 1897) spent the late 1920s and 30s in Paris and was part of the École de Paris group of artists. He was taken up by Modigliani's and Chagall's dealer Leopold Zborowski and attracted critical attention. Writing in Le Temps in 1928 Francois Thiebault-Sissons said;

‘Of all the young people from abroad who flock here in order to be formed through contact with our artists, I know of no other who is more richly gifted than this Pole, Kanelba. His vision is as delicate as it is subtle, and his eye is extraordinarily sensitive to all kinds of modulations of colour and all the variations of atmosphere’.

A decade later a commission to paint the Polish Ambassador to the Court of St James, Count Edward Raczynski, brought him to London and its success opened many doors including that of Lord and Lady Mountbatten who commissioned portraits of both of their daughters.

The present work, is described with its pendant, a portrait of Lady Pamela, hanging in Edwina's bedroom at her London home on Wilton Crescent (Dennis Holman, Lady Louis, Life of the Countess Mountbatten of Burma, London, 1952, p. 174).