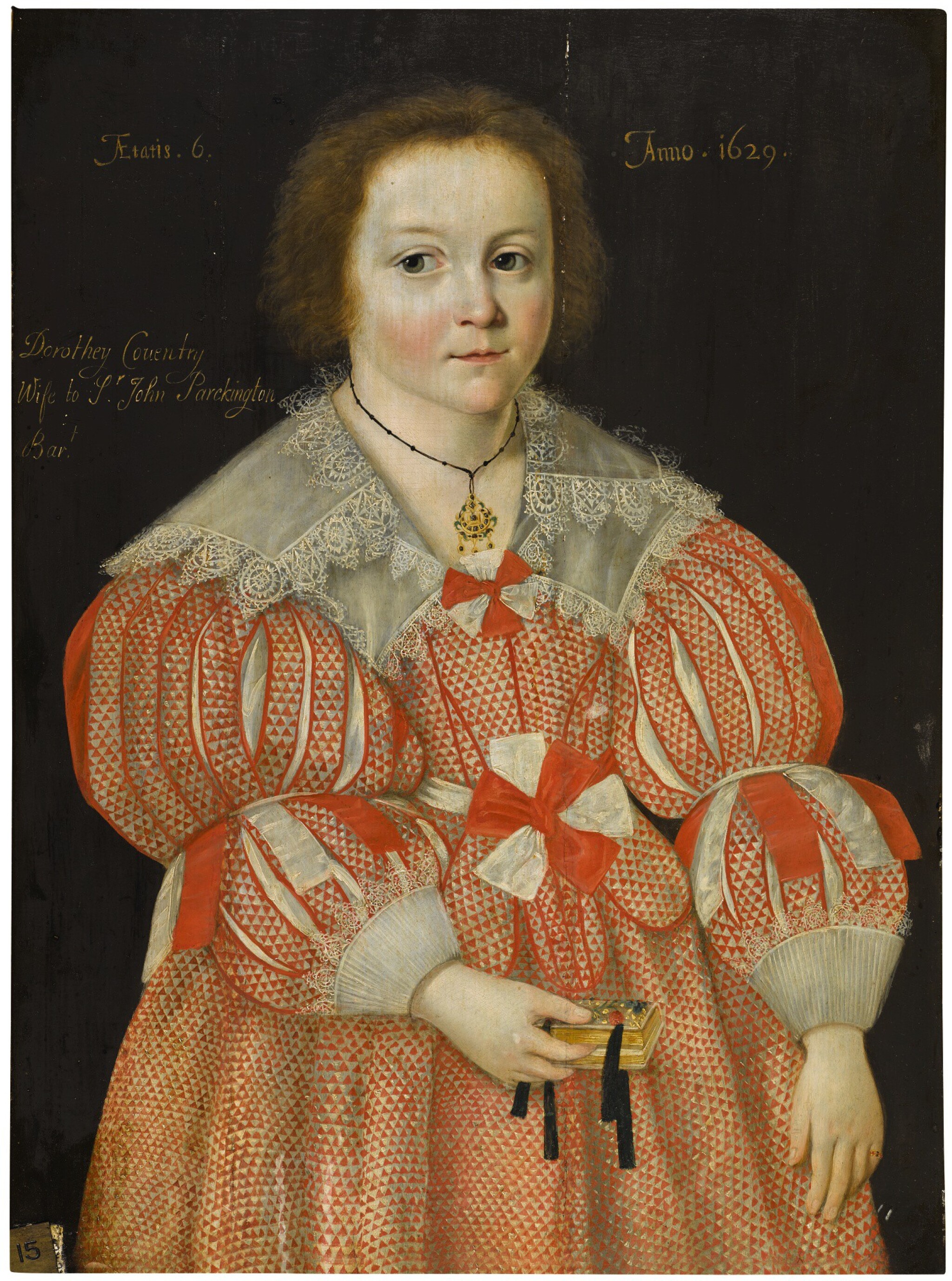 The panel is uncradled, flat and stable and has supporting battens on the reverse. Two vertical splits or joins which run the height of the panel are slightly visible from the front with some associated pin-prick losses. There is a spot where the paint has started to flake above the inscription centre left. The paint surface is dirty with a discoloured varnish. Inspection under ultraviolet light reveals the thick and streaky varnish which makes it impossible to discern prior intervention. The painting appears in overall good condition.

Dorothy Coventry was the daughter of the celebrated lawyer Thomas, Lord Coventry and his second wife, Elizabeth Aldersey. In the early 1640s her parents arranged her marriage to Coventry’s ward, Sir John Pakington (1621-80). The Pakingtons were an old Worcestershire family, who lived at Westwood Park, and when John Pakington’s father died, when he was only four, Coventry became his guardian. Dorothy and her husband made Westwood Park their home. They were both fervent Royalists, and during the interregnum they housed Dr Henry Hammond, Charles I’s chaplain, and welcomed to their house a number of his distinguished clerical colleagues, including John Fell, Dean of Christ Church and later Bishop of Oxford. Dorothy composed a large number of prayers, and she fervently appealed to God during Charles I’s trial, and following his execution drew parallels between his death and Christ’s crucifixion. She was author of a number of religious books, including The Christian’s Birthright and The Government of the Tongue, and strong claims were made that she could have been the author of the celebrated The Whole Duty of Man. She was buried in the family vault at Hampton Lovett near Westwood. Her son John became a noted Anglo-Saxon scholar.

Dorothy was related to the Knatchbulls through the family of her mother Elizabeth Aldersey. Sir Norton Knatchbull’s third wife, Mary (see lot 105), was also the daughter of John Aldersey and was therefore Dorothy’s aunt.