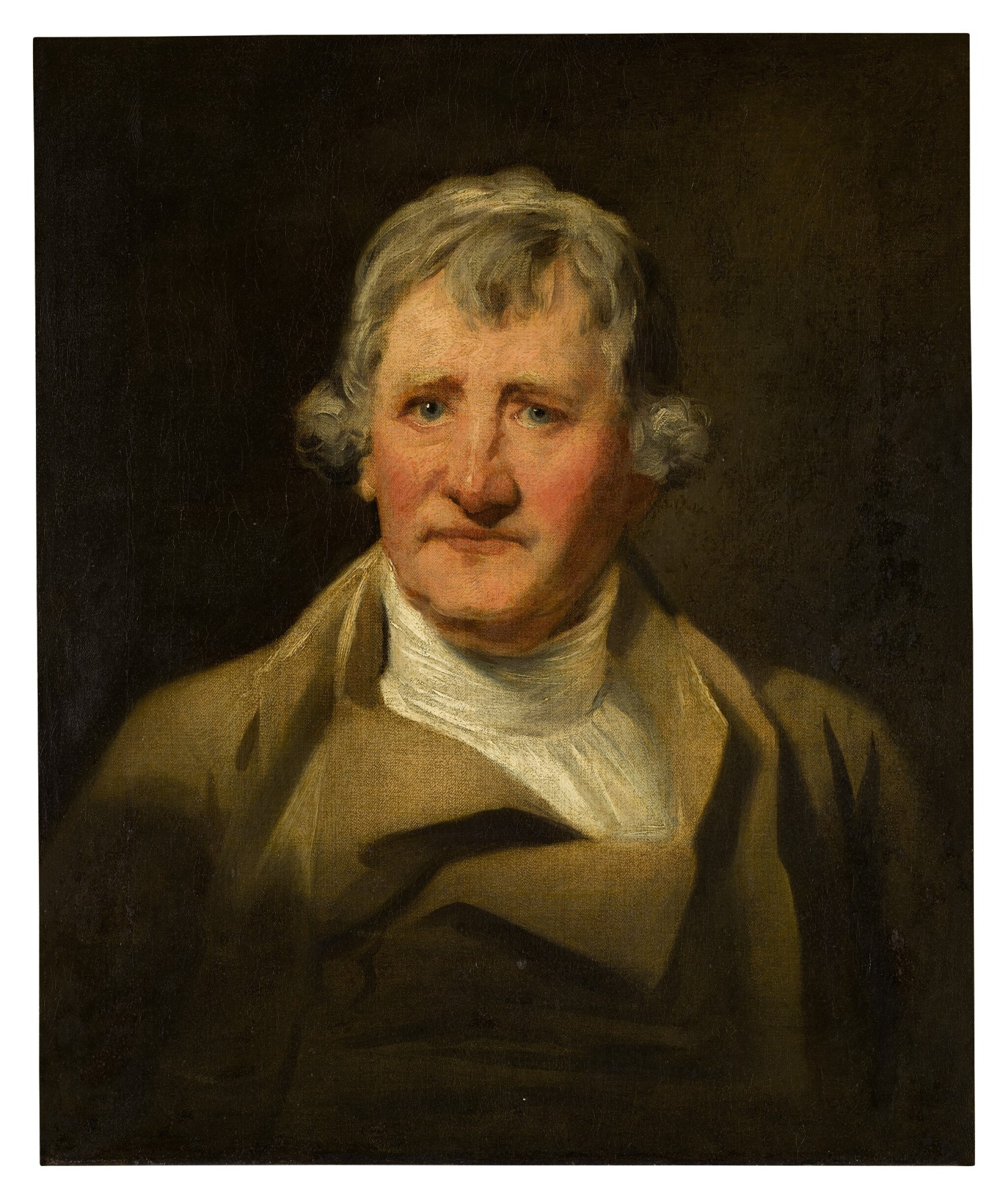 oil on canvas, in an elaborate and carved giltwood frame

The canvas is lined, and the paint surface is clean with a discoloured varnish. The paint surface has slightly thinned and there are small, scattered retouchings visible throughout, notably in the background. Inspection under ultraviolet light confirms these, and further reveals pin-prick retouchings scattered in the sitter’s face, notably in the shadows of his cheek and jaw on the right.

'After many petty delays we set off and reached Bushey Grove to dine with my kind and worthy family friend and relative, David Haliburton. I am delighted to find him in all the enjoyment of life, with the vivacity of youth in his sentiments and enjoyments. Mr and Mrs Campbell Marjoribanks are the only company here, with Miss Parker' (Sir Walter Scott, Journal, May 1828, vol. 2, p. 191).

David Haliburton, of Muirhouselaw in Berwickshire and latterly of Bushey Grove, Hertfordshire, was a distant cousin of Sir Walter Scott though his paternal grandmother. It was an important family connection for the author, as the Haliburtons were an ancient family in The Borders and it was through this connection that both Scott and his wife had the right to be buried in the grounds of Dryburgh Abbey. Indeed, it was so important a connection that Scott wrote the Memorials of The Haliburtons published in Edinburgh in 1820. The bachelor David Haliburton (1774 - c. 1833) was the last of the line; Scott stayed with him in Hertfordshire whilst taking a tour from London when he also visited Moor Park, The Grove and Cassiobury. He left on 28th May, travelling back to Abbotsford.

It was no coincidence that Campbell Marjoribanks was at dinner that night, as his brother Stewart also lived in Bushey. He was one of the five very enterprising brothers who comprised John (Lord Provost of Edinburgh and M.P. for Buteshire), Stewart (Shipping Company), Edward (partner in Coutts Bank), and James (East India Company Judge). Campbell was three times chairman of the East India Company itself. They were all involved in Paxtons wine business and bank in Edinburgh and London, and it seems that Haliburton had worked alongside them before retiring. This portrait, painted about two decades earlier, must have passed to Stewart Marjoribanks and from him to his nephew and heir, Dudley Coutts Marjoribanks, 1st Lord Tweedmouth.

We are grateful to Duncan Thomson for his assistance with the cataloguing of this lot.