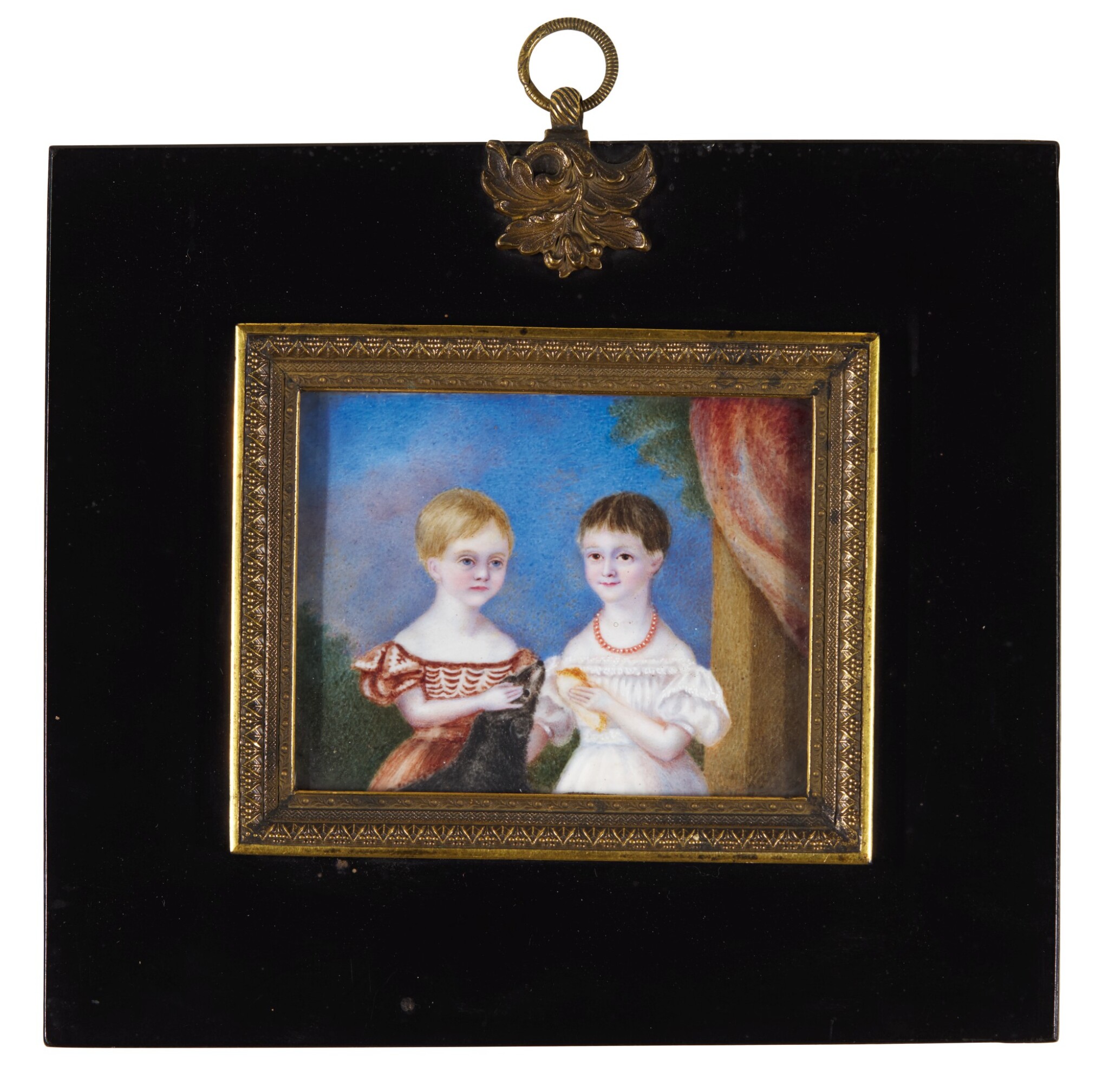 This lot contains ivory or rhino horn and other restricted materials. Sotheby's recommends that buyers check with their own government regarding any importation requirements prior to placing a bid. Please note that Sotheby's will not assist buyers with CITES licence applications where a buyer elects to either collect or arrange their own shipping, nor will Sotheby's assist with the international movement of ivory/rhino horn by air, either as freight or through hand carry. Sotheby's shipping will only assist in shipping the lot to either domestic UK or EU destinations, where delivery is made by road transport. A buyer's inability to export or import these lots cannot justify a delay in payment or sale cancellation.
Sir Edward Knatchbull, 9th Bt (1781-1849), whose second wife Fanny was Jane Austen’s niece
Inventory, 1926, p. 15, in the Garden Room.
You are inimitable, irresistible. You are the delight of my life. Such letters, such entertaining letters, as you have lately sent! such a description of your queer little heart! such a lovely display of what imagination does. You are worth your weight in gold, or even in the new silver coinage.

Fanny Knight was the eldest of Jane Austen's nieces and a close companion to her aunt. She was the daughter of the author's brother Edward who took the surname Knight having become the heir to Thomas Knight of Godmersham in Kent. Here Fanny grew up often visited by her aunt. In 1820, three years after the author's death, she married Sir Edward Knatchbull, 9th Bt. They had eight children all of whom are depicted in these paired miniatures. After Sir Edward's death in 1849 she moved from Mersham to Provender, and it was there that Cassandra Austen, the author's sister, sent Jane Austen's family correspondence and the manuscript of Lady Susan. These came to light following Lady Knatchbull's death in 1882 and the correspondence was subsequently edited and published for the first time by her son, Edward Hugessen Knatchbull, 1st Lord Brabourne, in 1884. It was dedicated to Queen Victoria.