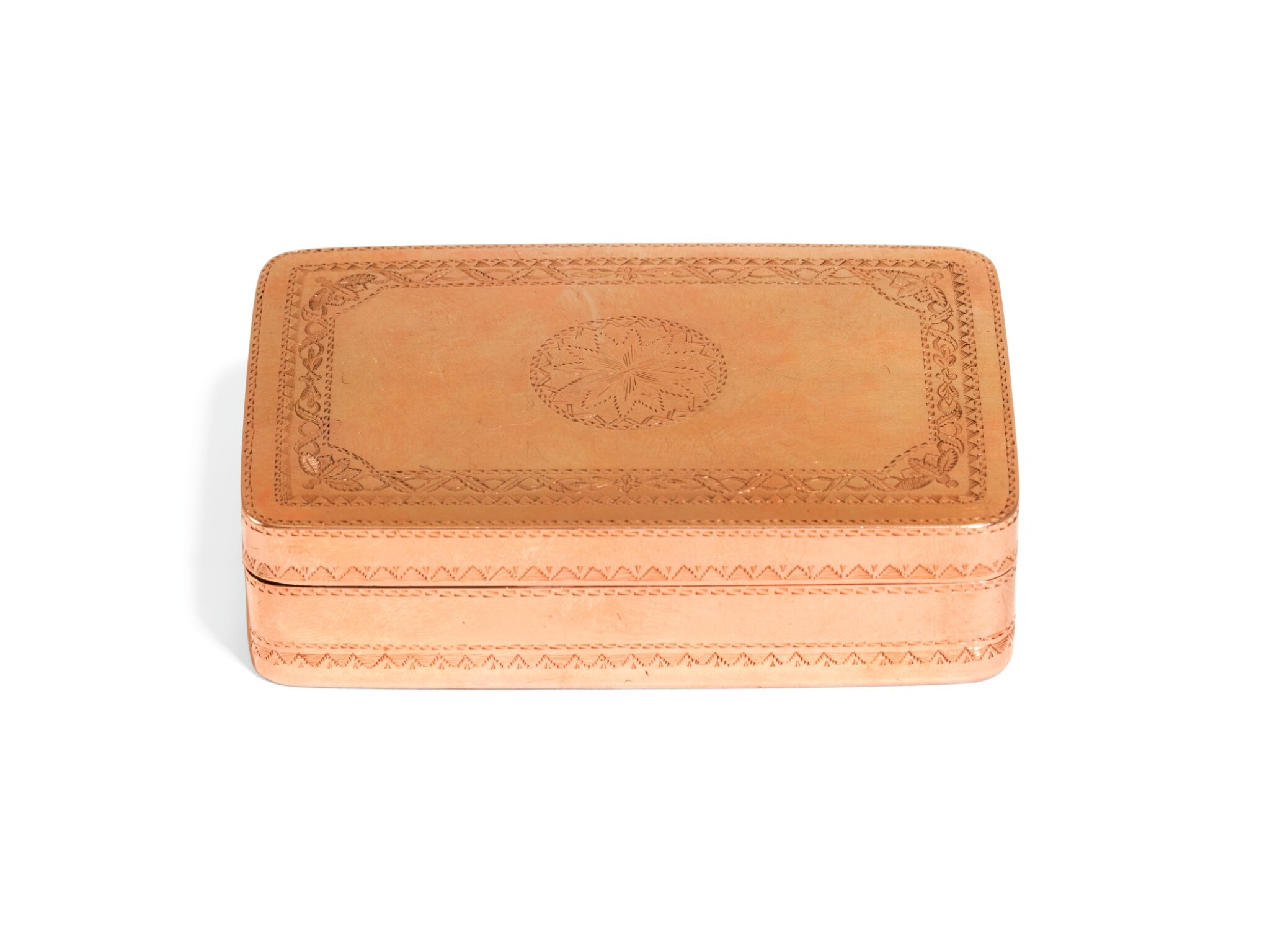 To request a condition report for this lot, please contact Oana.Barbu@sothebys.com

The inscription records the gift of this box to 'Edwina' from 'George' [Prince George, Duke of Kent] at Christmas 1941.

Prince George, fourth son of George, Prince of Wales (later George V) and his wife, Princess May (later Queen Mary), was born at York Cottage, Sandringham on 20 December 1902. He and Prince Louis of Battenberg (later 1st Earl Mountbatten of Burma), were both great-grandsons of Queen Victoria.

Having trained at the Naval College at Dartmouth, Prince George became an officer on board H.M.S. Temeraire in 1920. In 1934 he was created Duke of Kent, shortly before his marriage to Princess Marina, daughter of Prince Nicholas of Greece. With the outbreak of World War II in 1939 he returned to the Royal Navy, taking up a post with the Admiralty. Early the following year, however, he became a Group Captain in the Training Command of the Royal Air Force. It was in this capacity that on 25 August 1942 he flew to Iceland. The trip ended in tragedy when all on board were killed as their aeroplane crashed in Caithness.