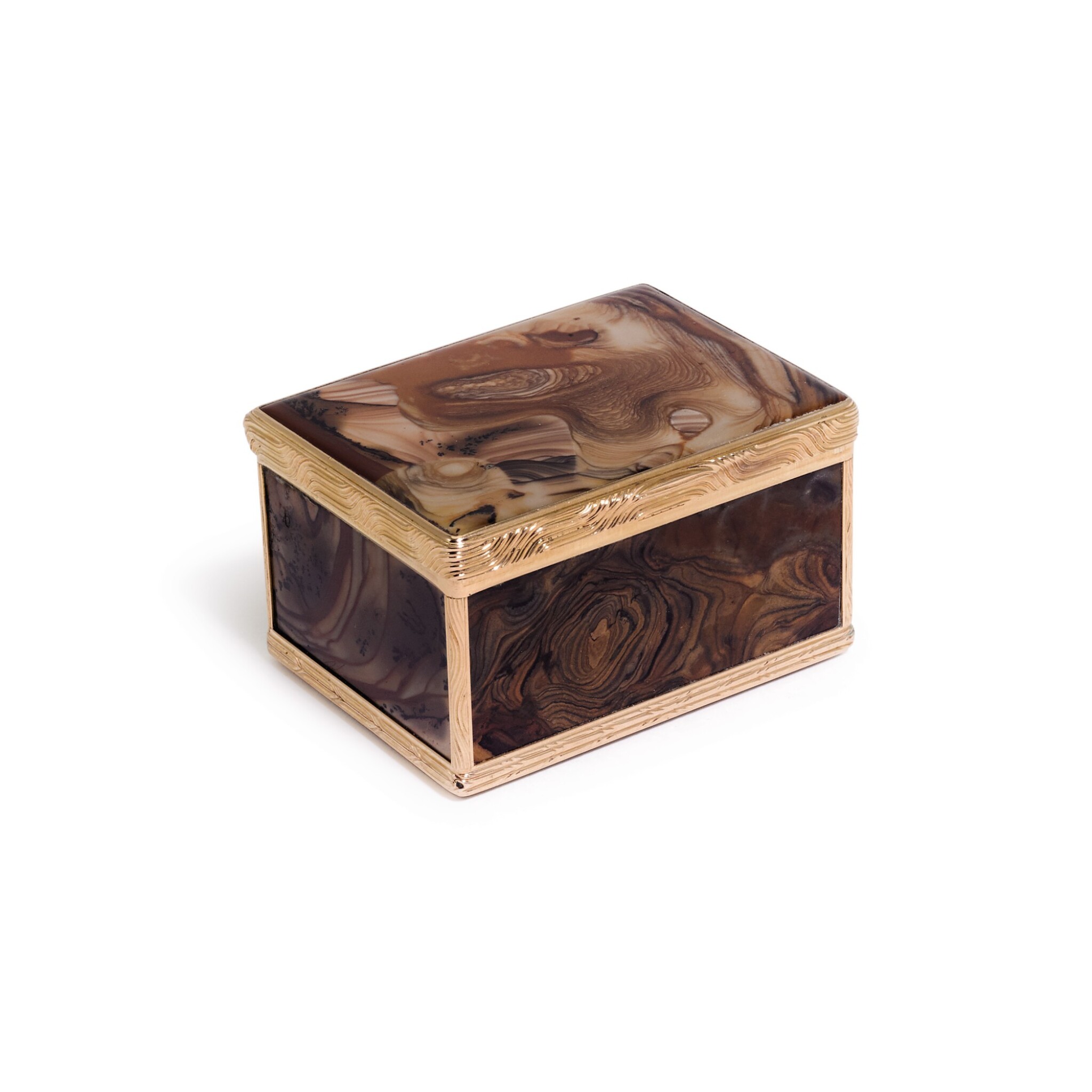 the back panel cracked and with chip of 3mm. width to top left corner, one side panel with two hairline cracks, small natural flaw; the base panel possibly a replacement; the feathers of the left leaf of the central flower in base in slight disarray

The inscription records that this box was the 21st wedding anniversary gift from, the then, Vice-Admiral of the Fleet Lord Louis 'Dickie' Mountbatten to his wife, Edwina.

Near the anniversary that this box commemorates, Lord Louis was on active service. On the morning of the 11 July, the second day of the Allied invasion of Sicily ('Operation Husky'), he was welcomed aboard one of the fleet's destroyers, as Chief of Combined Operations. He was back in London several days later in time to attend a dinner at Claridges Hotel on 20 July (presumably when he gave this gift to his wife), the dinner was hosted by Sir James Grigg, Secretary of State for War. The guest of honour was General Henri Giraud, co-president of the French Committee of National Liberation and Commander-in-Chief of the French forces in North and West Africa. On the 24th, Lord and Lady Mountbatten were among the mourners at St. Michael's, Chester Square at the funeral of Lady Elizabeth Pound, wife of Sir Dudley Pound, Admiral of the Fleet. During this period of the War, Lady Louis was dividing her time between various engagements, including those as Superintendent-in-Chief of the Nursing Division of the St. John Ambulance Brigade, a post to which she had been appointed in 1942.