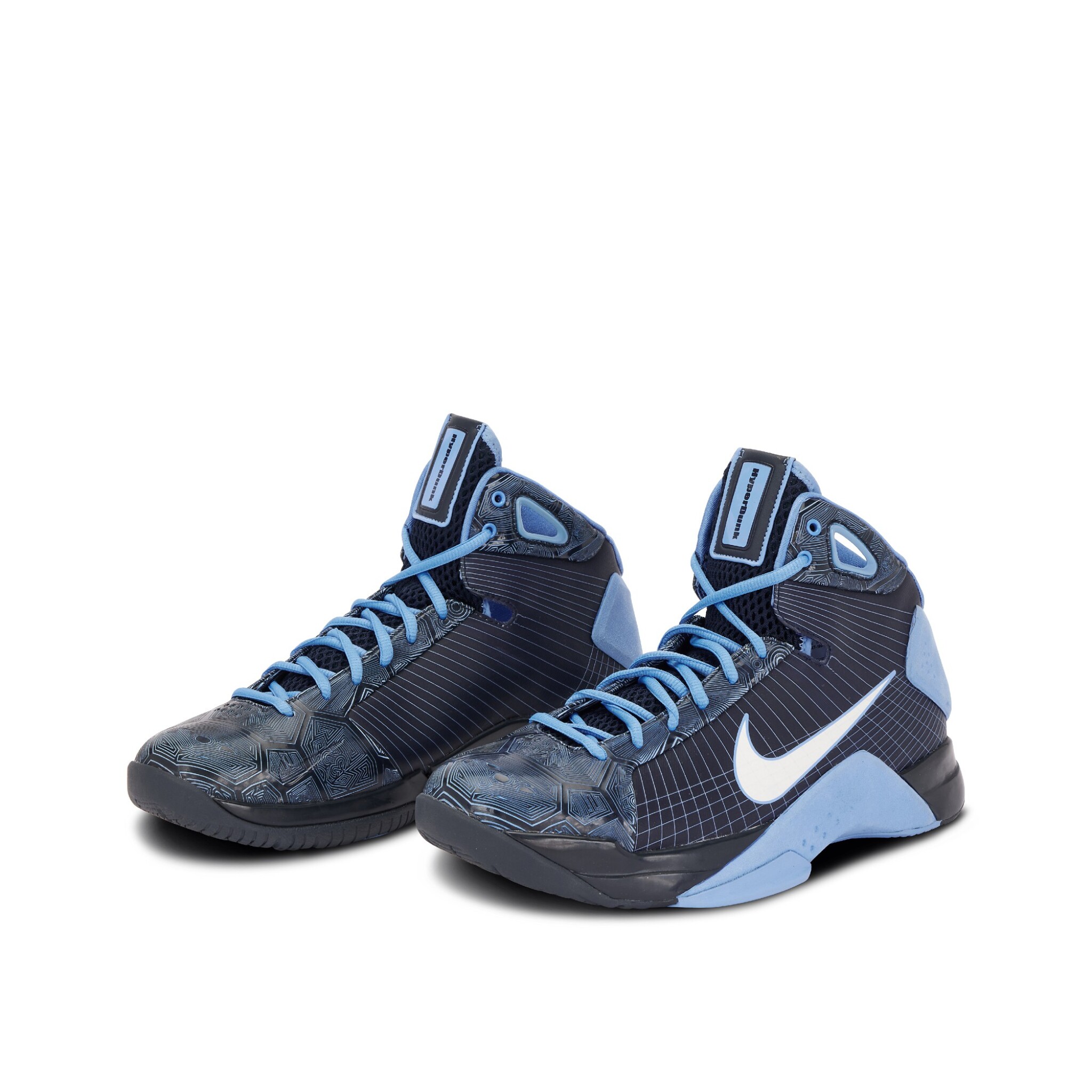 The sneakers are in deadstock condition.

Debuted by Kobe Bryant in 2008, the Nike Hyperdunk became the first sneaker to utilize Flywire technology and Lunarlon cushioning. A commercial featuring Kobe Bryant jumping over a speeding Aston Martin and a pool of snakes instantly generated curiosity and interest in the Hyperdunk model.

The dream of Salvatore ‘Turtle’ Asante, a fictional character in the famed HBO show Entourage, came true when Nike created a shoe dedicated to him and his love for sneakers. Fans of the show would know the great lengths Turtle went through to secure a pair of ‘Fukijama’ Air Force 1s (also included in this auction). Offered here is an unrelated but rare 2008 promo sample that features a turtle-shell inspired graphic on the toe box. The black and blue ‘Turtle’ Hyperdunk was made for Jerry Ferrara, the actor who played Turtle, as well as his friends and family.