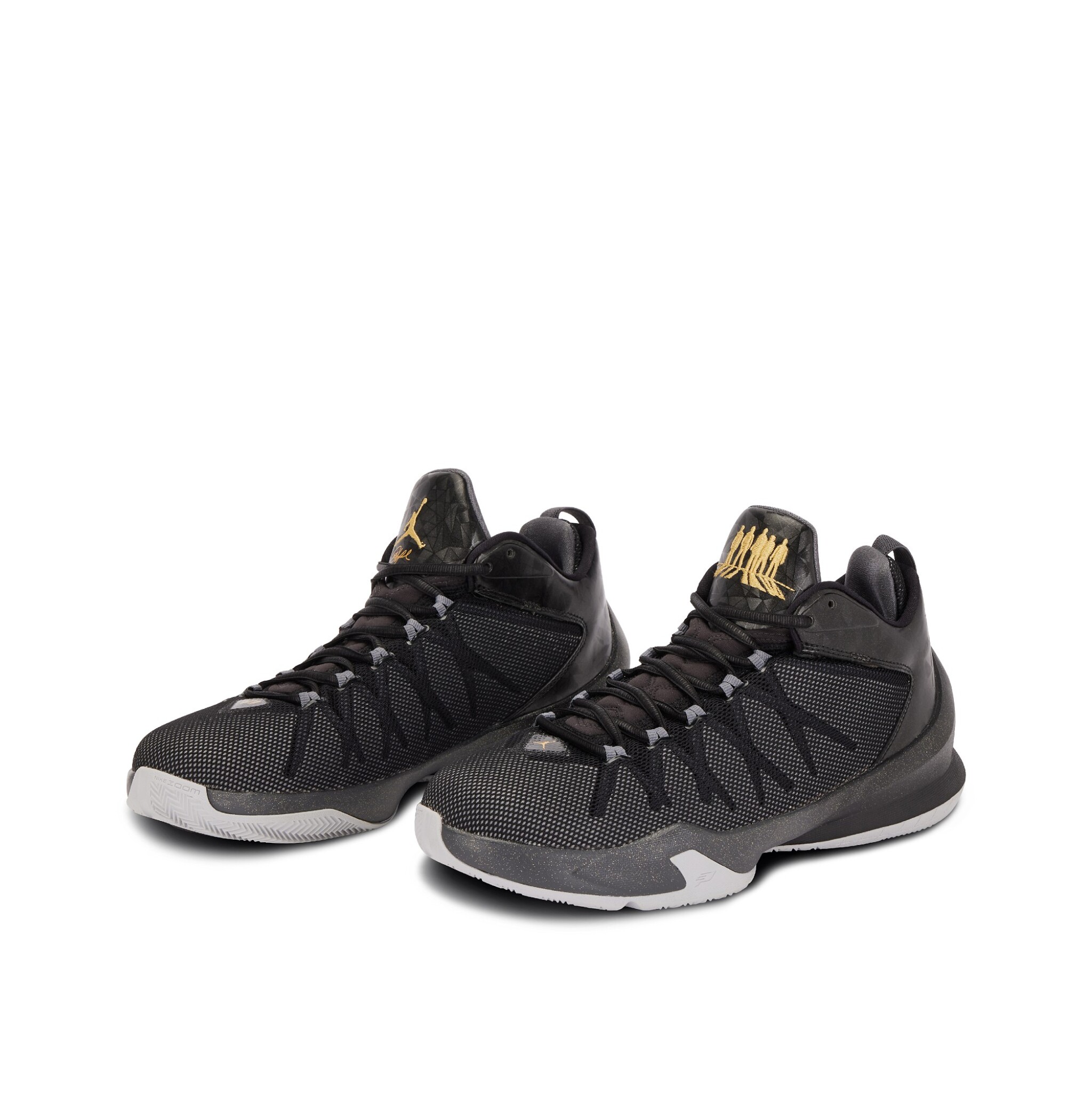 The sneakers are in deadstock condition.

The Jordan Brand first introduced the Jordan CP3.VIII in 2014 as the eighth and most advanced iteration of the original CP3 silhouette. Made to provide agility and stability for a player like Chris Paul himself, the shoe featured numerous personalizations, such as Paul’s family tree on the tongue interior.

Featuring a black and grey upper with metallic gold accents, the 2015 ‘Entourage’ CP3.VIII AE left tongue is embroidered with the silhouette of the Entourage crew and the Entourage logo is labeled on each tongue interior.