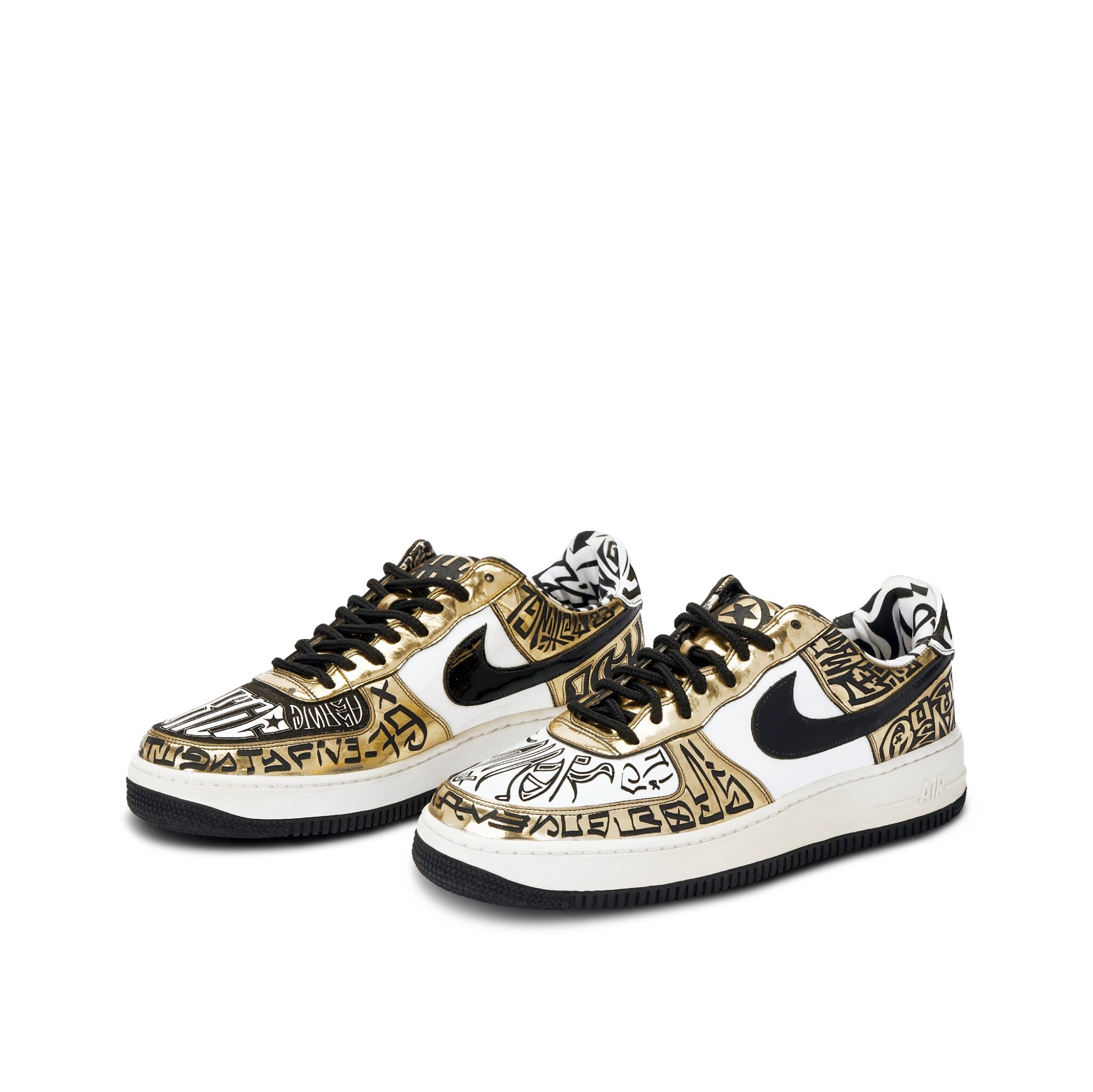 The sneakers are in deadstock condition and come with the original box. The box does have a condition issue that is not pictured and can be restored. The winning bidder will have the box restored prior to receiving the item.

Lot 1 does have a condition issue in regards to the box that can be restored. The winning bidder will have the box restored to its original condition at Sotheby’s expense. Please email Brahm.wachter@sothebys.com for more information.

In the show, Salvatore “Turtle” Assante spends an entire episode devoted to hunting down the Fukijama Air Force 1. Though Fukijama is a fictional artist, the sneaker's pop culture history has led it to be a much sought after item for collectors. The striking Gold Fukijama Air Force 1 features a laser-etched design on metallic gold leather panels and black leather Nike Swooshes. The tongue and heel feature special UNDFTD graphics.

The pair is considered to be one of Nike’s most important design works in the long history of the model.

Each pair of these sneakers was made as a 1/1 for select members of the cast, with the scant few pairs produced and each featuring their own unique details.