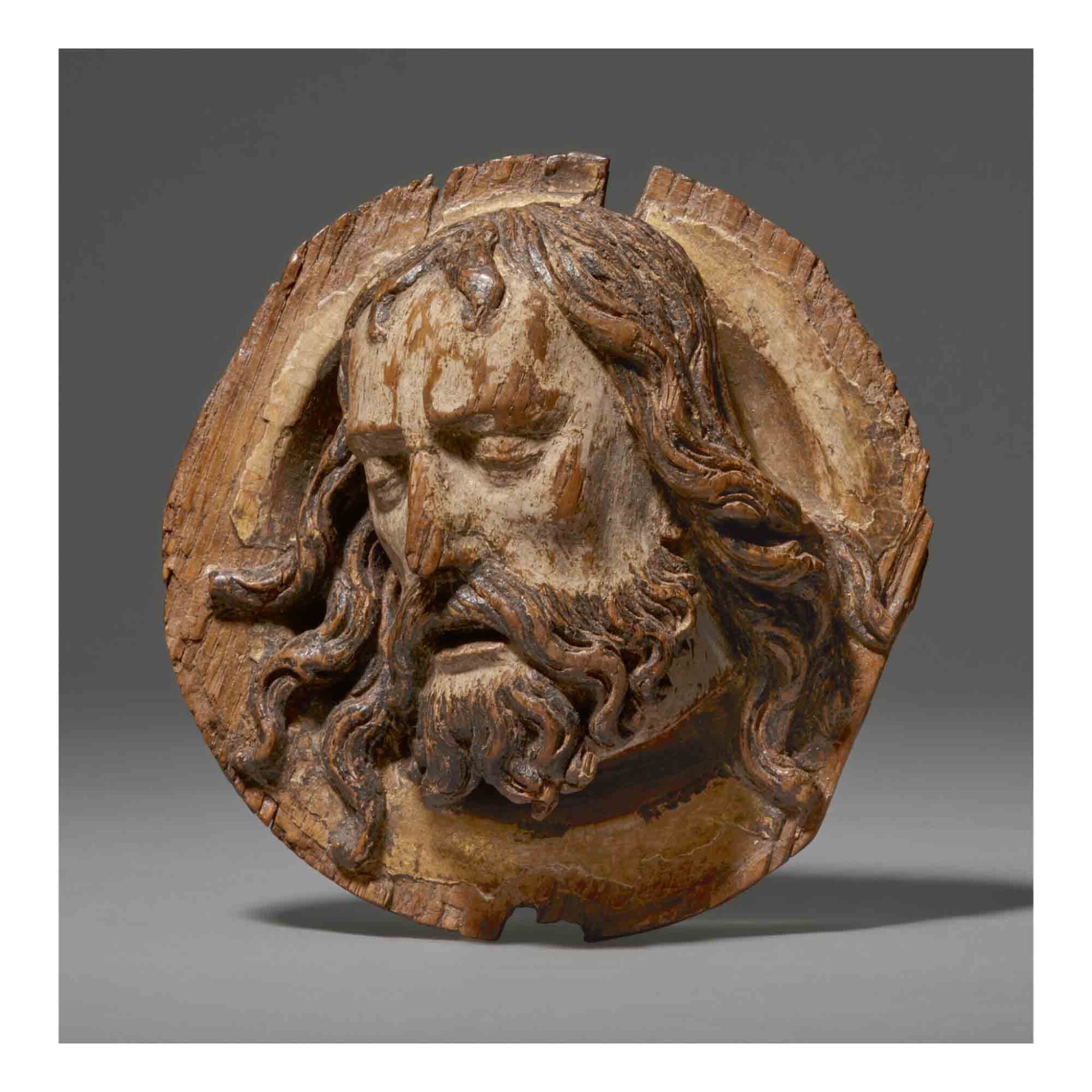 Antwerp or Brussels, circa 1480

Surface abrasions, losses of polychromy and small chips throughout. Chip to nose and to some high points in the hair. Losses and age cracks on dish . One hole for attachment on top of St. John’s head. Beautiful carving.

"On Herod's birthday the daughter of Herodias danced for the guests and pleased Herod so much that he promised with an oath to give her whatever she asked. Prompted by her mother, she said, 'Give me here on a platter the head of John the Baptist.' The king was distressed, but because of his oaths and his dinner guests, he ordered that her request be granted and had John beheaded in the prison. His head was brought in on a platter and given to the girl, who carried it to her mother."

Depictions of Saint John's head on a platter, or Johannesschüssels, became highly popular in Northern Europe after the crusades when relics of the Saint's skull were brought back from the Middle East. The sculptures, which display the decapitated head of the Saint on a dish, or in disco, reached their peak in popularity around 1500 and they served both as works of art and as devotional objects.1

St. John the Baptist was arrested for opposing Herod's incestuous marriage to Herodias, who had been married to his half brother, and his execution under Herod's orders was seen as a prefiguration of the crucifixion of Christ.2 The present work shows the Saint's head placed on a platter which still bears traces of its original gilding. Tresses of his hair fall onto the edge of the platter, while his eyes are closed and his lips are parted slightly to reveal his teeth, a reference to his final breath. This is an unusually small example of a Johannesschüssel, which suggests the sculpture was used for devotional purposes in a private setting.

Barbara Baert, ‘The Johannesschüssel as Andachtsbild: The Gaze, The Medium, and the Senses’, in Barbara Baert, Catrien Santing, and Anita Traninger, Disembodied heads in medieval and early modern culture, Leiden 2013, pp. 117-160;