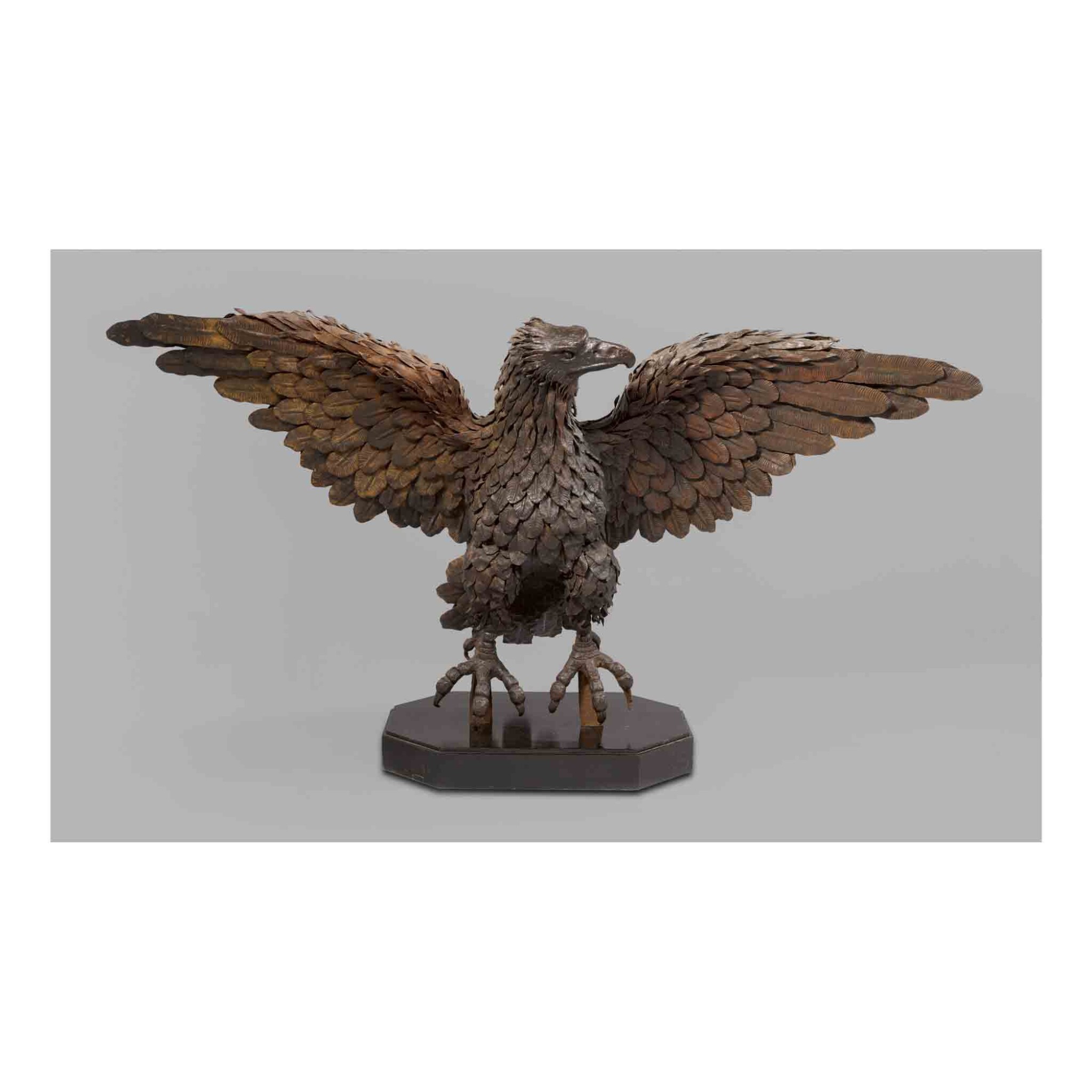 Minor rusting and pitting to surface of feathers. Small dents, creases and surface abrasions throughout. A few small tears or holes to some feathers on back.

This figure of a majestic eagle with wings widely spread parallels the construction and general appearance of a French iron weathercock in the Victoria and Albert Museum, London, dating from the first quarter of the 18th century. Both figures share the same meticulously executed, individually repousséd and layered iron feathers and demonstrate a very similar attention to the naturalistic rendering of the heads and the claws.

The precise function of this eagle is not evident but given the choice of material, it is likely that it was originally part of a decorative plan for the exterior of a building or it surmounted an elaborate gatepost much like the pair of aigles impériales on the gate posts from the main portal of the Château de Fontainbleau dating from the early part of the 19th century.

While representations of eagles were frequently used for weathervanes, like the weathercock in London, it is unlikely that this sculpture would have served that function given its large size and considerable weight.