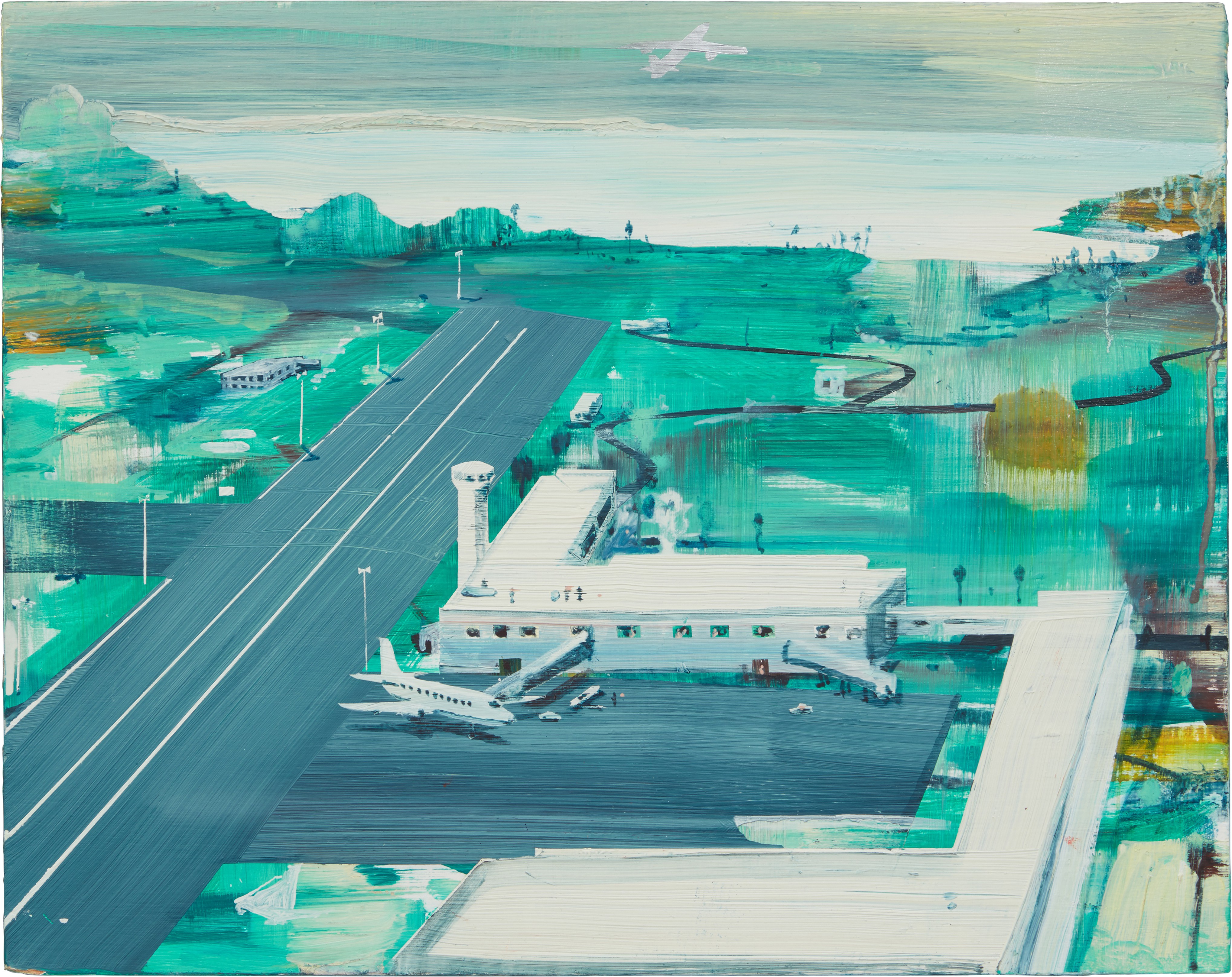 signed Jules de Balincourt, titled and dated 2008 (on the reverse)

This work is in very good condition overall. There are tonal and textural variations to the surface of the work, inherent to the artist's working method and chosen media. There is a minor loss to the wood panel in the lower left corner as well as isolated areas of very minor pinpoint losses in the light green passage along the lower edge, visible upon close inspection. Under ultraviolet inspection there is no evidence of restoration. Framed without glazing.

Acquired from the above by the present owner in July 2008

Born in Paris and currently based in both New York and Costa Rica, Jules de Balincourt is commonly characterized as a painter who works from photographs sourced from the Internet and mass media. Nevertheless, he connects his creative output to expressions of the subconscious and spiritual, describing his paintings as chapters of a book “interwoven” with his life. At the core of de Balincourt’s art lies a strong interest in the dynamics of globalization, a subject captured in Coming and Going (Airport), a simply rendered but highly sophisticated work executed in de Balincourt’s signature palette of vibrant colors set against whites, grays, and deep blues. According to the artist, his dream-like and narrative scenes, which often explore themes of tourism and security, are at one abstract and representational: “On a formal level I want to give the essence and not the fuzz, I want to make it direct. Even if it’s representational, it really is abstract painting, bringing things down to elemental shapes and forms.” This melding of these styles, as evinced in the present work, lends a sense of dynamism to de Balincourt’s airport scene, which represents a recurring subject in the artist’s prolific oeuvre.