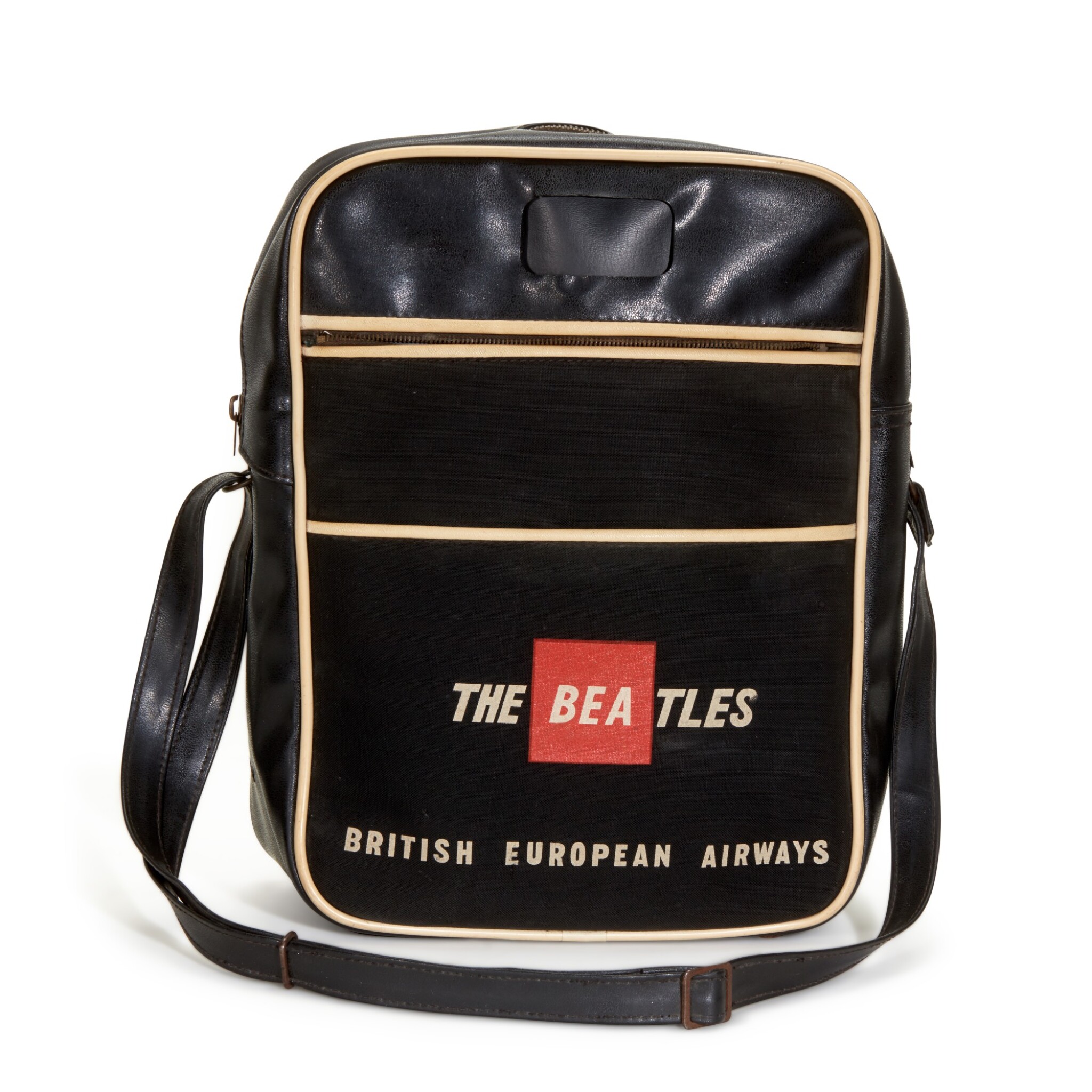 ﻿A publicity deal was arranged between The Beatles and BEA whereby the Beatles agreed to use the flight bags in exchange for three weeks of unlimited travel between London and Paris. The bags were produced in two different styles, the style seen here with a shoulder strap, the other a holdall style. The bags were given to all four Beatles, their entourage, and the flight attendants on the group’s return from Paris, 3 February 1964. They also used the bags just a few days later on 7 February for their flight to the US for their first tour of America. According to the vendor, the bag in this lot was owned by one of the flight attendants that flew with the Beatles on various occasions in 1964