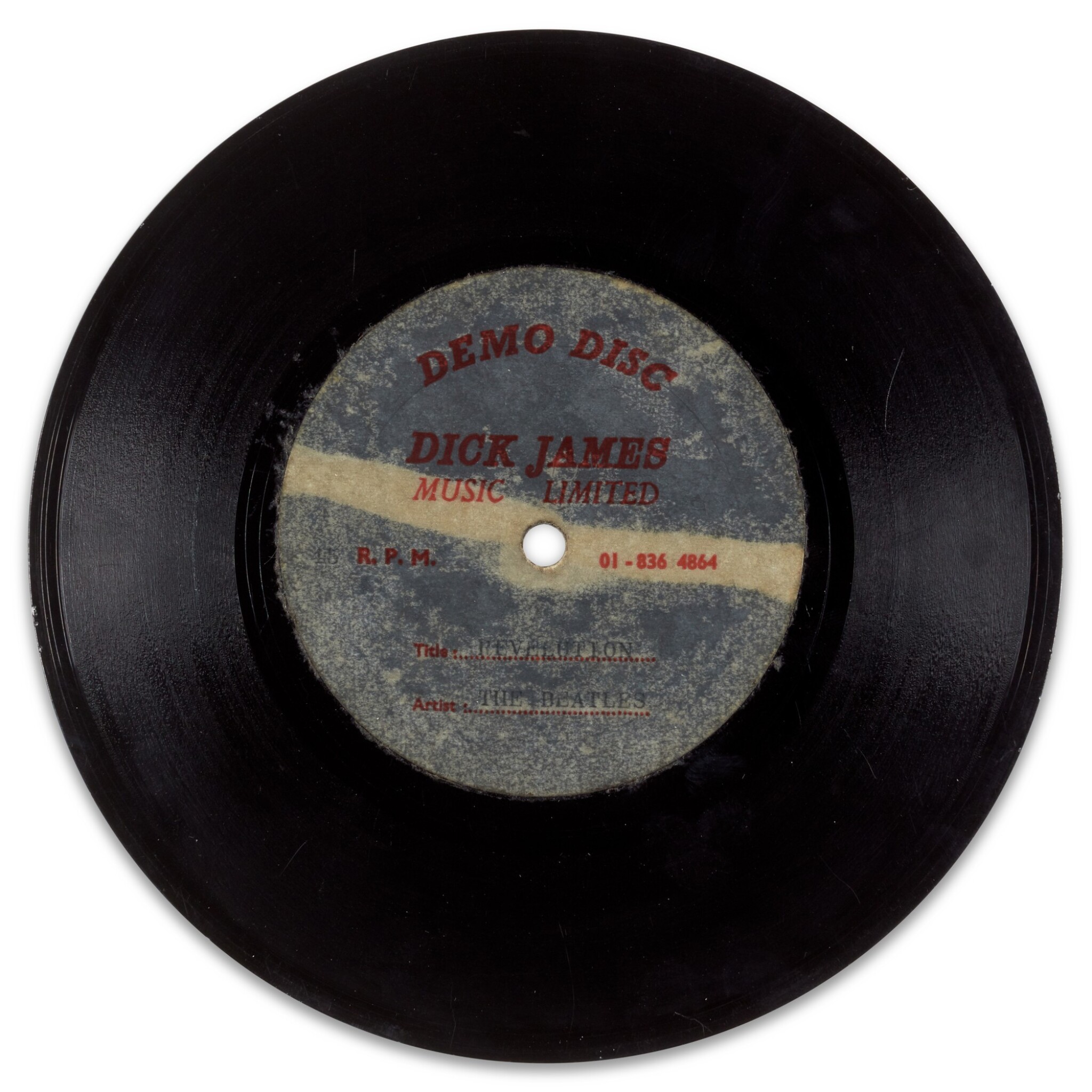 ﻿Dick James was the music publisher who co-founded Northern Songs, which was established in February 1963 to publish Lennon-McCartney compositions. Most Dick James Beatles’ acetates date that have appeared on the market previously have been from the period 1962 – 1965. They might have been cut to establish the copyright in the songs or to encourage cover versions from other artists. It is unusual to find a pressing from The Beatles Apple period in 1968.

numerous surface marks to both sides; some wear to the edge in places revealing the metal beneath; label has become transparent with age