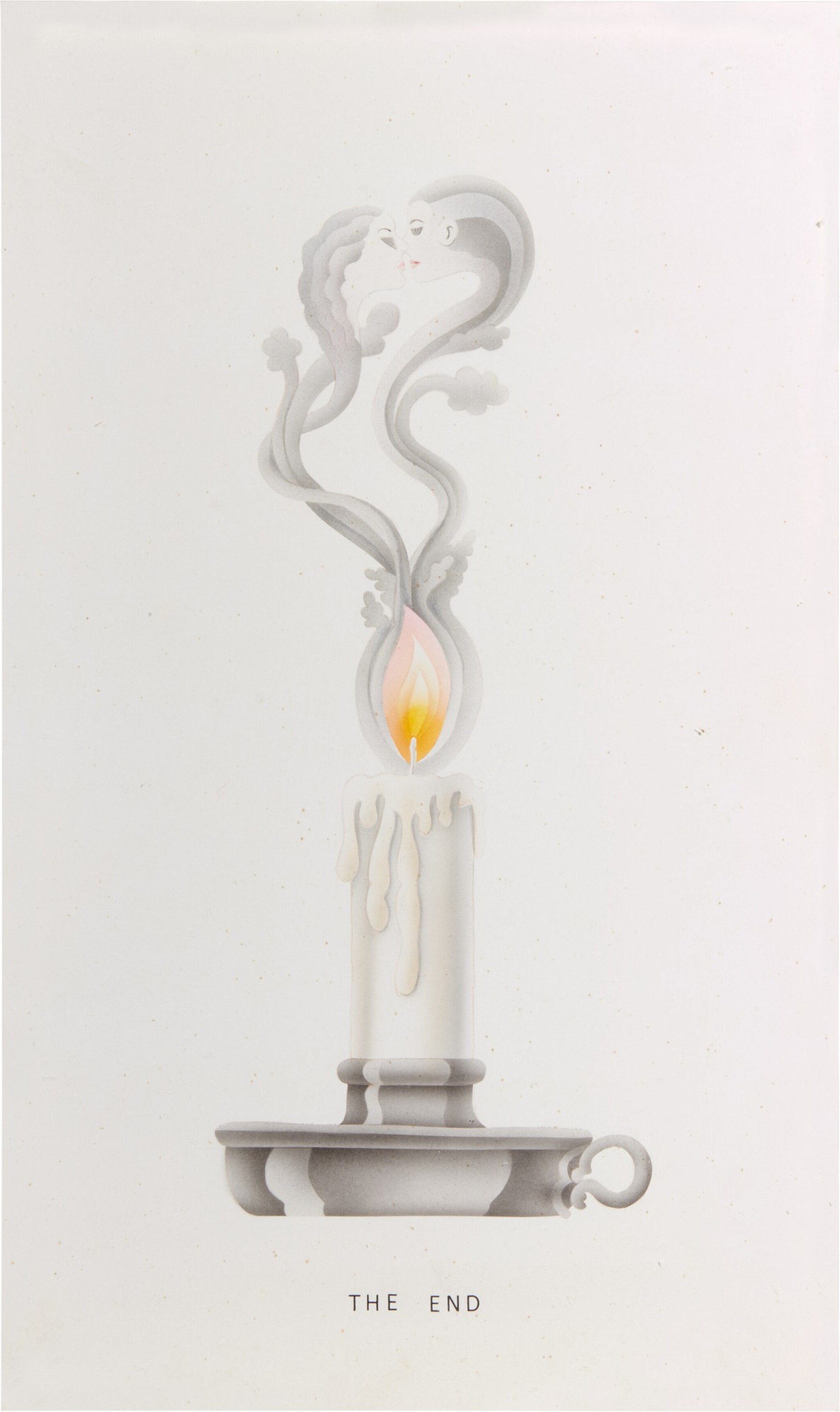 this image, although titled ‘The End’, was used to illustrate the song ‘Good Night’ . It was published in monochrome in The Beatles Illustrated Lyrics on page 41 of the 1970 edition and on page 179 of the 1998 edition. The song, written by John Lennon for his five-year-old son Julian, was the final song on the group’s 1968 double album The Beatles or ‘The White Album’. The vocalist was Ringo Starr who was the only Beatle to appear on the track. The orchestral music was arranged and conducted by George Martin. ‘The End,’ the last song on the 1969 Abbey Road album and the final song recorded collectively by The Beatles, does not appear in any of the editions of The Beatles Illustrated Lyrics.

﻿Alan Aldridge was a friend of the vendor and gave him his first job aged 17 as an illustrator in an advertising agency. This artwork was a gift from Aldridge in c. 1971 in lieu of outstanding fees.