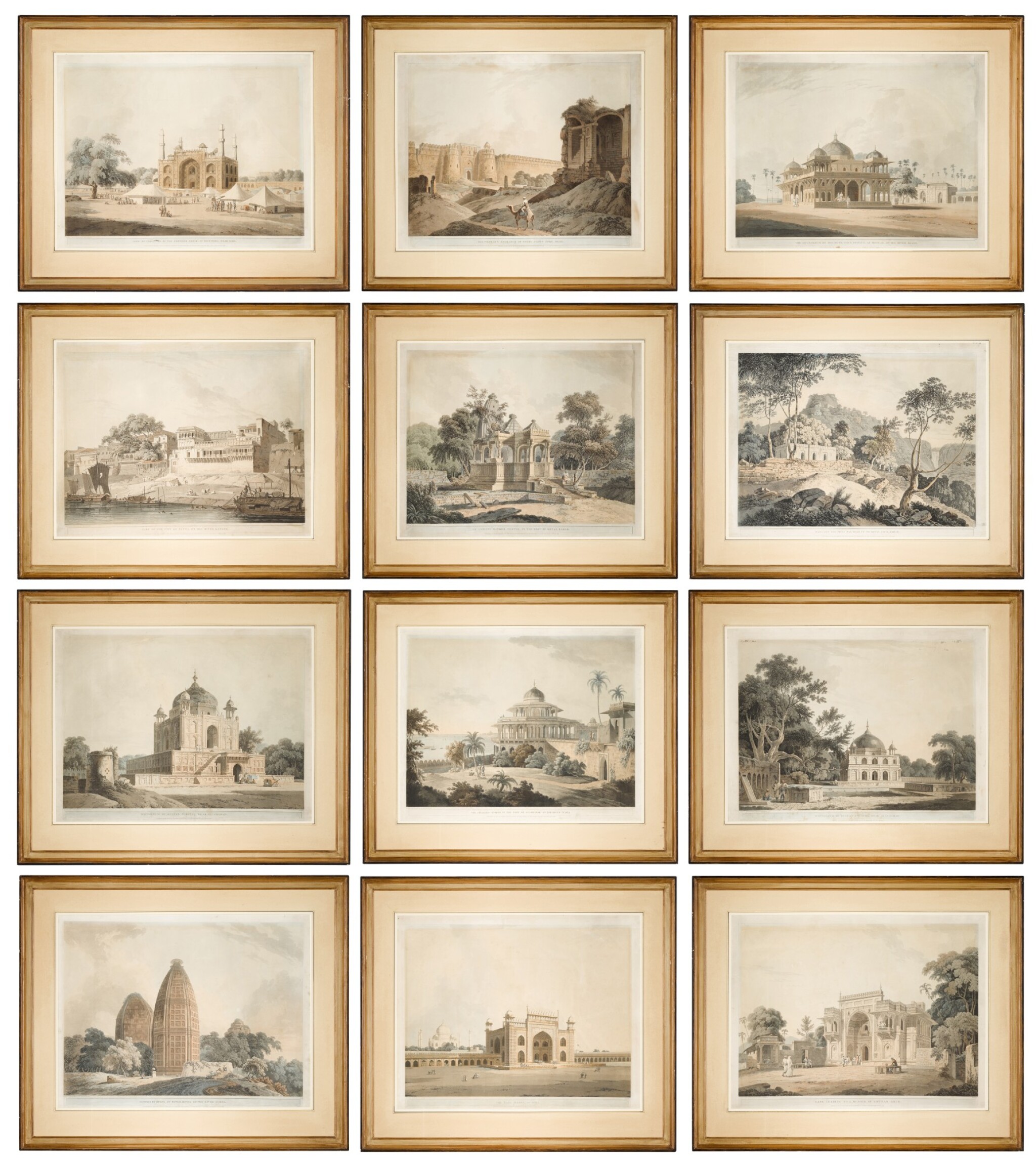 comprising twelve plates from Oriental Scenery, London, 1795-1808, titled 'The Western Entrance of Shere Shah's Fort, Delhi', 'Gate of the Tomb of Emperor Akbar at Secundra, near Agra', 'The mausoleum of Mucdoom Shah Dowlut at Moneah on the River Soane', 'Part of the city Patna on the River Ganges', 'An ancient Hindoo temple in the Fort of Rotas, Bahar', 'Raje Gaut, The principal road up to Rotas Ghur, Bahar', 'Mausoleum of Sultan Purviez near Allahabad', 'The Chalees Satoon in the Fort of Allahabad on the River Jumna', 'Mausoleum of Sultan Chusero, near Allahabad'. 'Hindoo temples at Bindrabund on the River Jumna', 'The Taje Mahel at Agra', 'Gate leading to a Musjed at Chunar Ghur', each mounted in a glazed giltwood frame

Generally good, stable and conserved condition. Not inspected out of frames. Some restored tears to margins and creases to paper. Some sheets with restored stains. Frames are bruised and chipped.