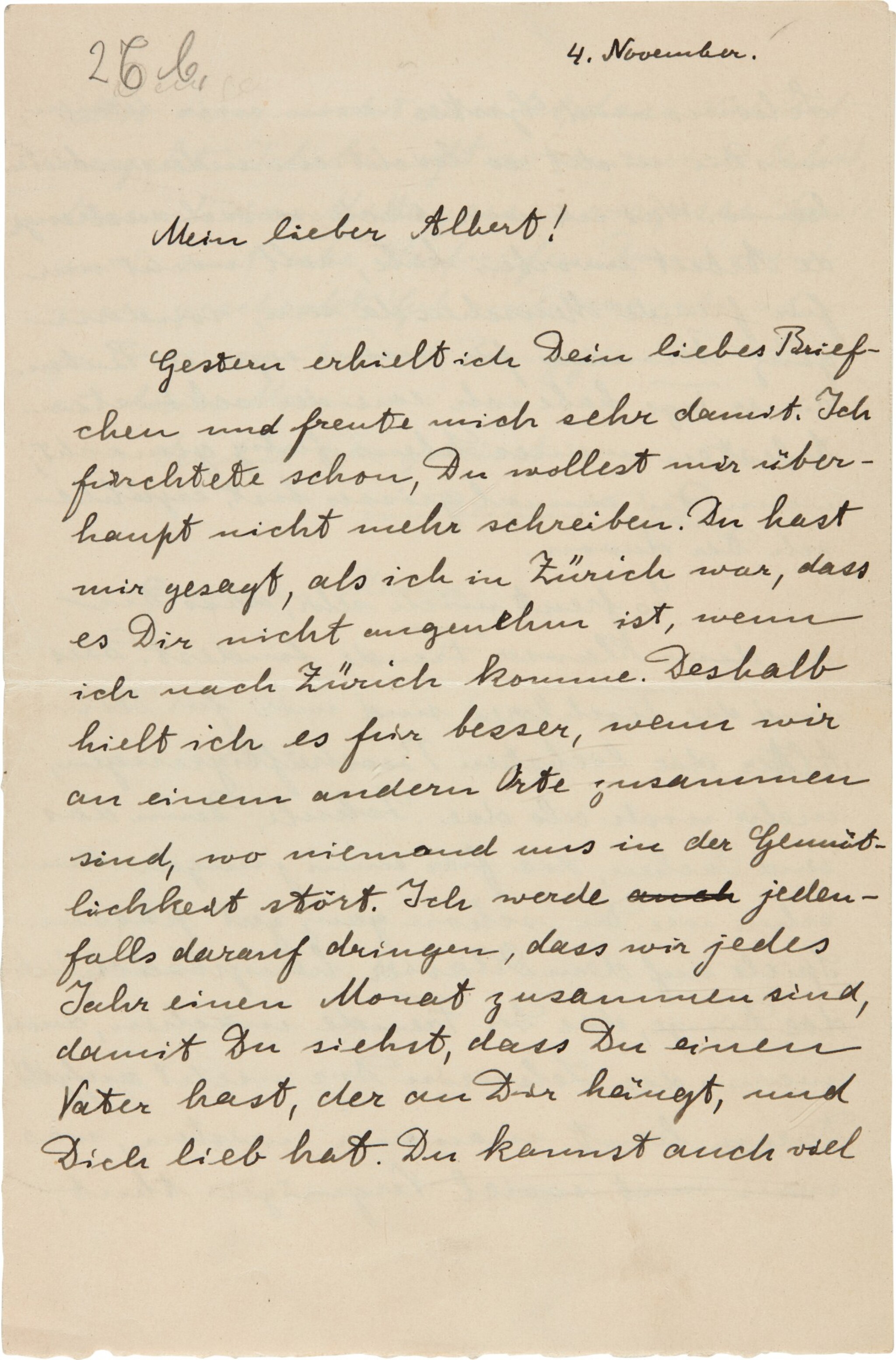 informing him of the completion of one of the finest papers of his life ("...Dieser Tage habe ich eine der schönsten Arbeiten meines Lebens fertig gemacht..."), in the course of a loving letter expressing his paternal love, also encouraging him to play the piano and enjoy carpentry, explaining the pleasure of engrossing and fulfilling work ("...Ich bin oft so in meiner Arbeit, dass ich das Mittagessen vergesse..." [I am often so engrossed in my work that I forget to eat lunch.]), 3 pages, 8vo, [Berlin], 4 November [1915], loss to blank bottom half of second leaf

...Du kannst auch viel Schönes und Gutes von mir lernen, was Dirnicht so leicht ein anderer bieten kann... [You can learn a lot of fine and good things from me as well that no one else can offer you so easily.]

A LETTER ANNOUNCING THE COMPLETION OF 'THE GENERAL THEORY OF RELATIVITY', OVERTHROWING NEWTONIAN PHYSICS. This crucial work suggested that gravity is not a force, as Newton had believed, but the result of a curvature in the space-time continuum. These concepts, strange and deeply counter-intuitive as they were, correctly predicted that deflection of light during a total solar eclipse, as was proved just four years after Einstein published his paper; more recent observations of the behaviour of black holes have continued to support Einstein's theory. Gravitational waves, also predicted by Einstein as a result of his work on relativity, were directly detected in 2015.

Hans Albert, Einstein's eldest son, was eleven years old at the time this letter was written. He was living with his mother Mileva in Zurich whilst his father was working in Berlin at the Prussian Academy of Sciences. Mileva had recently separated from Einstein as a result of his relationship with Elsa Löwenthal.

The Collected Papers of Albert Einstein, Volume 8, no. 134

loss to blank bottom half of second leaf