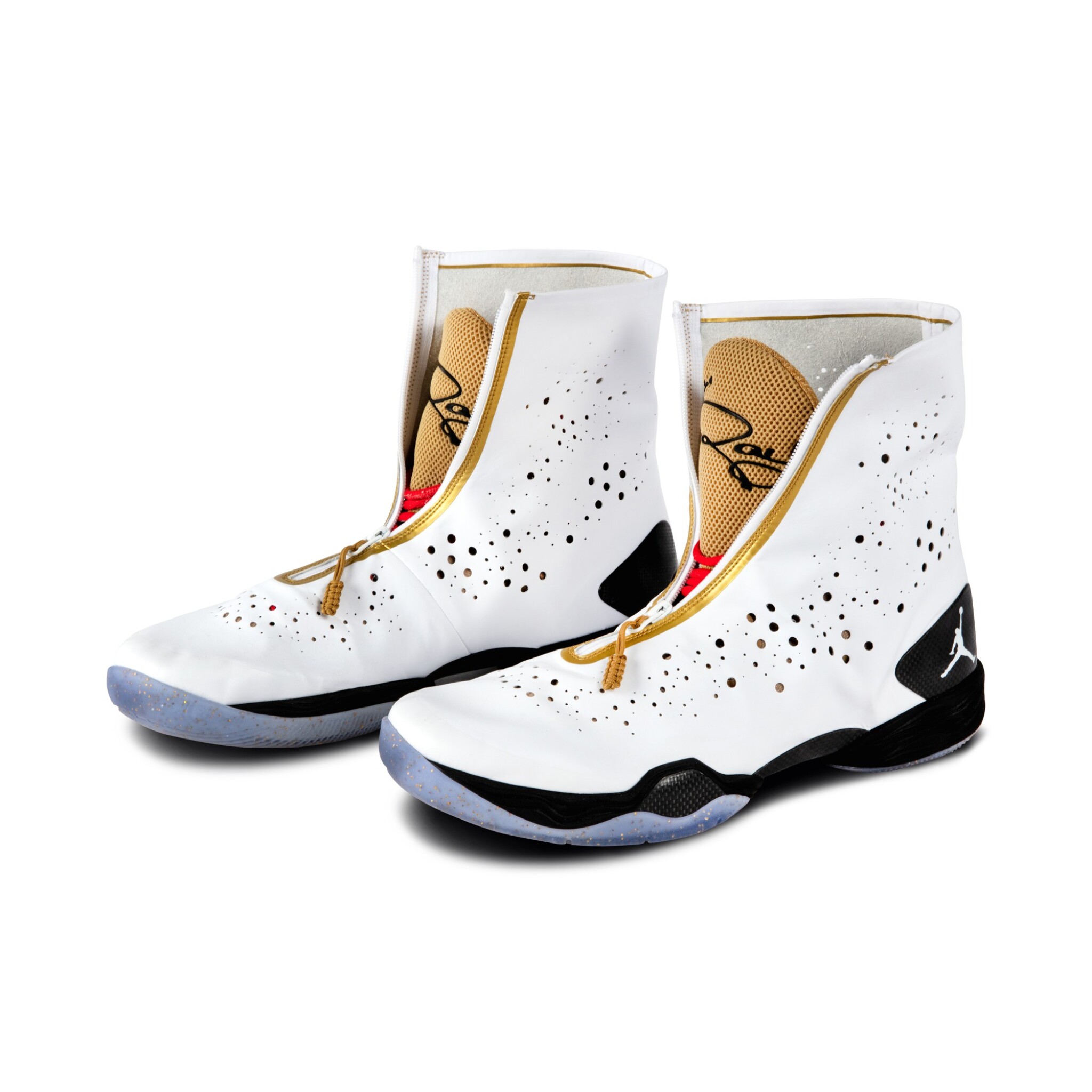 The sneakers are in good condition and show signs of wear.

This pair of Air Jordan XX8 player exclusives were worn by Ray Allen at NBA Media Day on September 30th, 2013. Four unique color variations of the XX8 were created specifically for Allen’s personal use and utilized during his NBA Finals performance (Miami would win the championship 4-3 against the San Antonio Spurs). Ray Allen ended his 18 season career in 2014 as a 10 time All-Star performer, averaging 18.9 points per game. The Hall of Famer is a 2 time NBA Champion and Olympic Gold Medalist.

In 2013, the Air Jordan XX8 debuted as the lightest Air Jordan ever, tested more than any model before. The ‘Jordan Flight Plate’ has cushioning units that essentially unlock airbags in the forefront and heel, termed ‘Zoom bags’ by Nike, and were an industry-changing invention. This colorway features an ultra modern stealth design with fractal elephant print on the white leather uppers with gold accents, blue speckled soles and Allen’s logo on the tongue. This pair has been signed by Ray Allen.