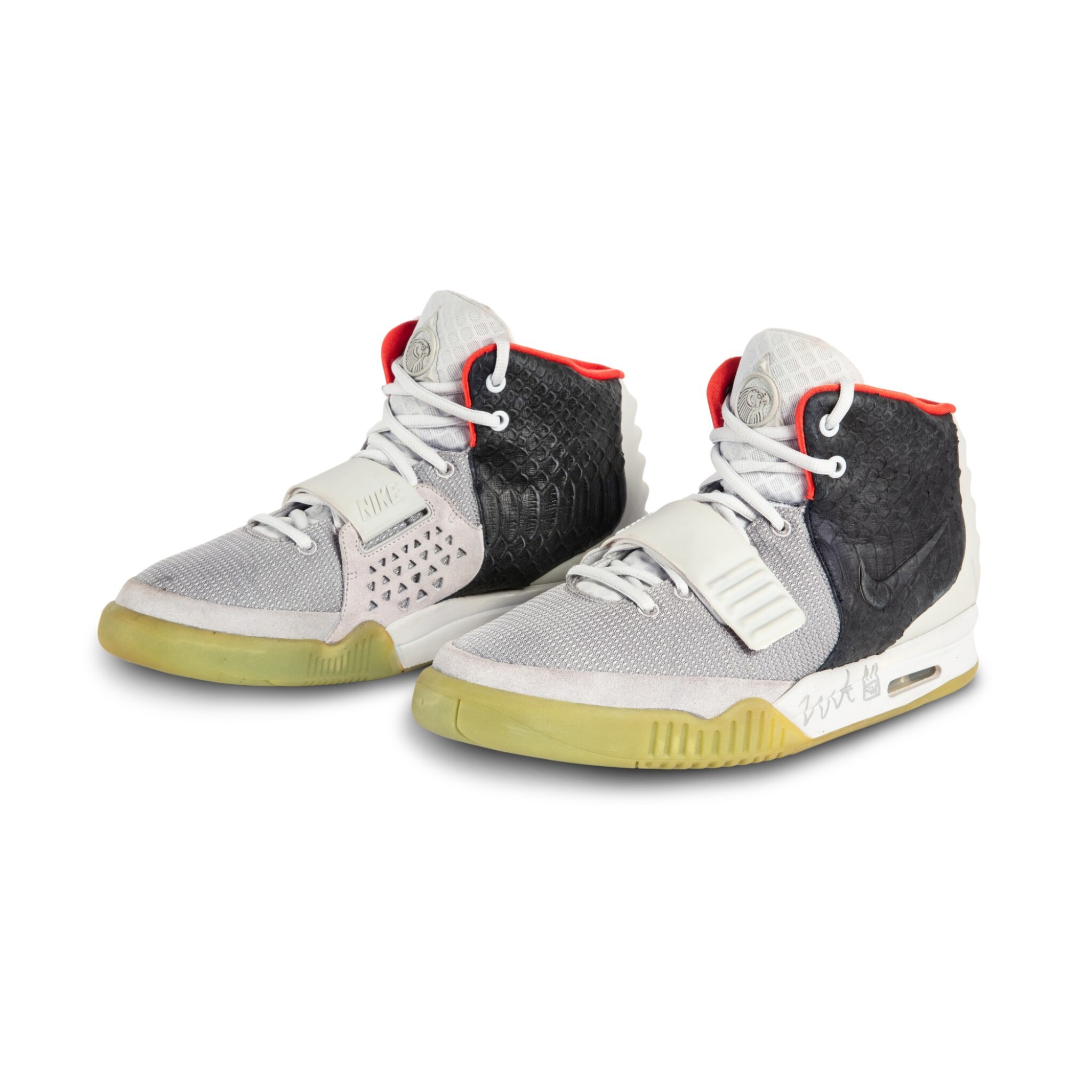 The sneakers are in good condition consistent with age. They show significant signs of wear.

These sneakers are an incredibly rare Nike Air Yeezy 2 in the ‘Mismatch’ colorway, a style that was never put into production by Nike. This pair was additionally signed by Mr. West.

The design of the Air Yeezy 2 differed from the original Air Yeezy with its more animalistic form, with its most striking element being the ridged reptile inspired heel counter. It was also slimmed down for greater mobility with the removal of unnecessary padding on the tongue and a thinner sole.

This exclusive pair is signed by Kanye West, and the sneakers are accompanied by a letter from James Spence Authentication in regards to the signature.