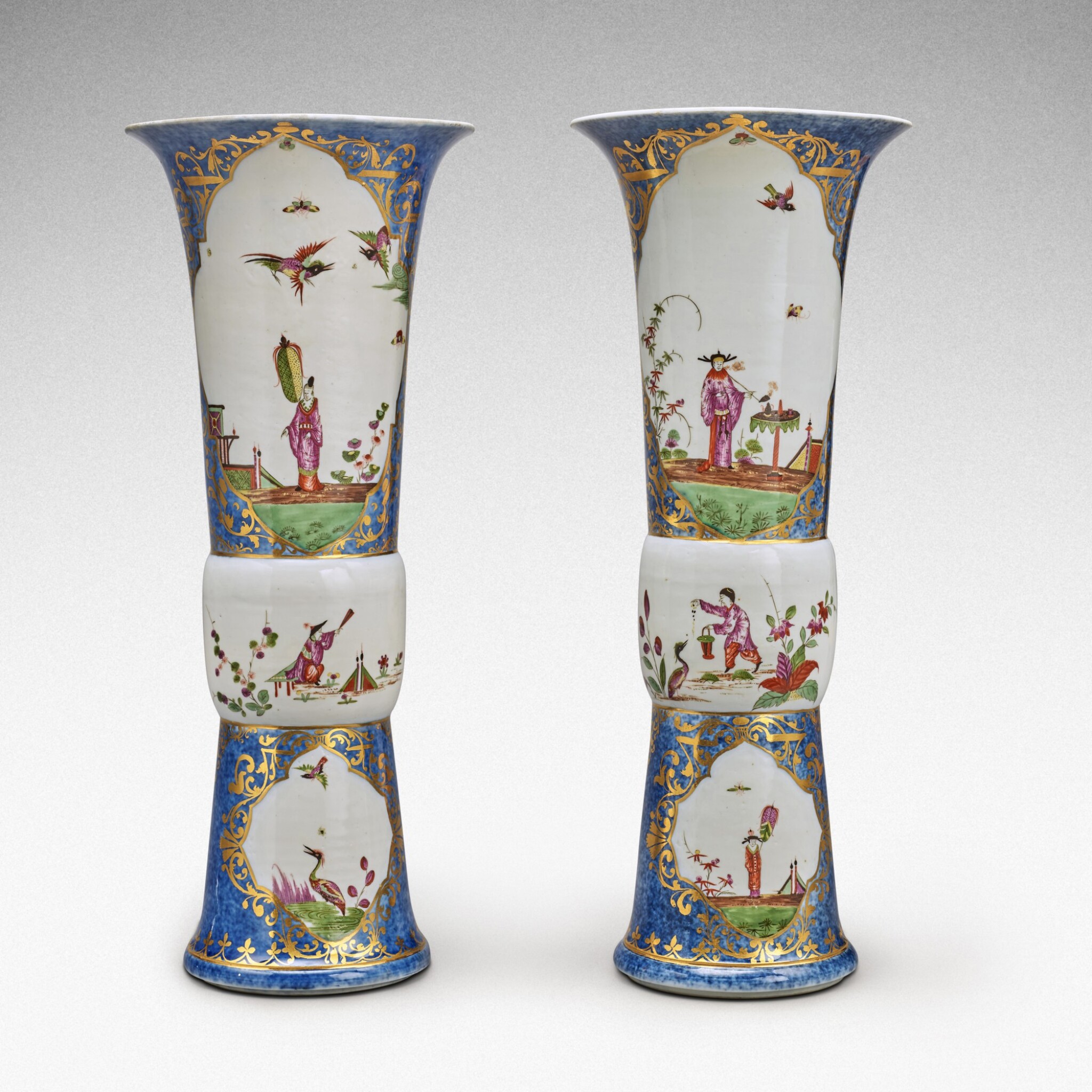 each Gu-shaped vase painted on either side, in the manner of J. E. Stadler, with figures and birds within gilt foliate scroll-edged shaped panels reserved above and below the slightly swelling mid-sections similarly decorated with figural vignettes, AR mark in underglaze-blue, Hausmarschallamt number III, numeral 349 or 350 in black enamel.

One vase with a very minor old shallow 0.5 cm chip to the upper rim edge. This vase also with some dry patches to the glaze on one upper panel. The other vase in good condition.

Thence by descent in the Royal Collections of Saxony;

Awarded in 1924 to the State of Saxony, as part of the agreement with the former Royal family of Saxony (Haus Wettin, Albertinische Linie e.v.)

Possibly exchanged with the Wettin family and by whom sold shortly thereafter;

Recovered from the above by Allied Monuments Officers and transferred to the Central Collecting Point Munich (MCCP inv. no. 1627/2);