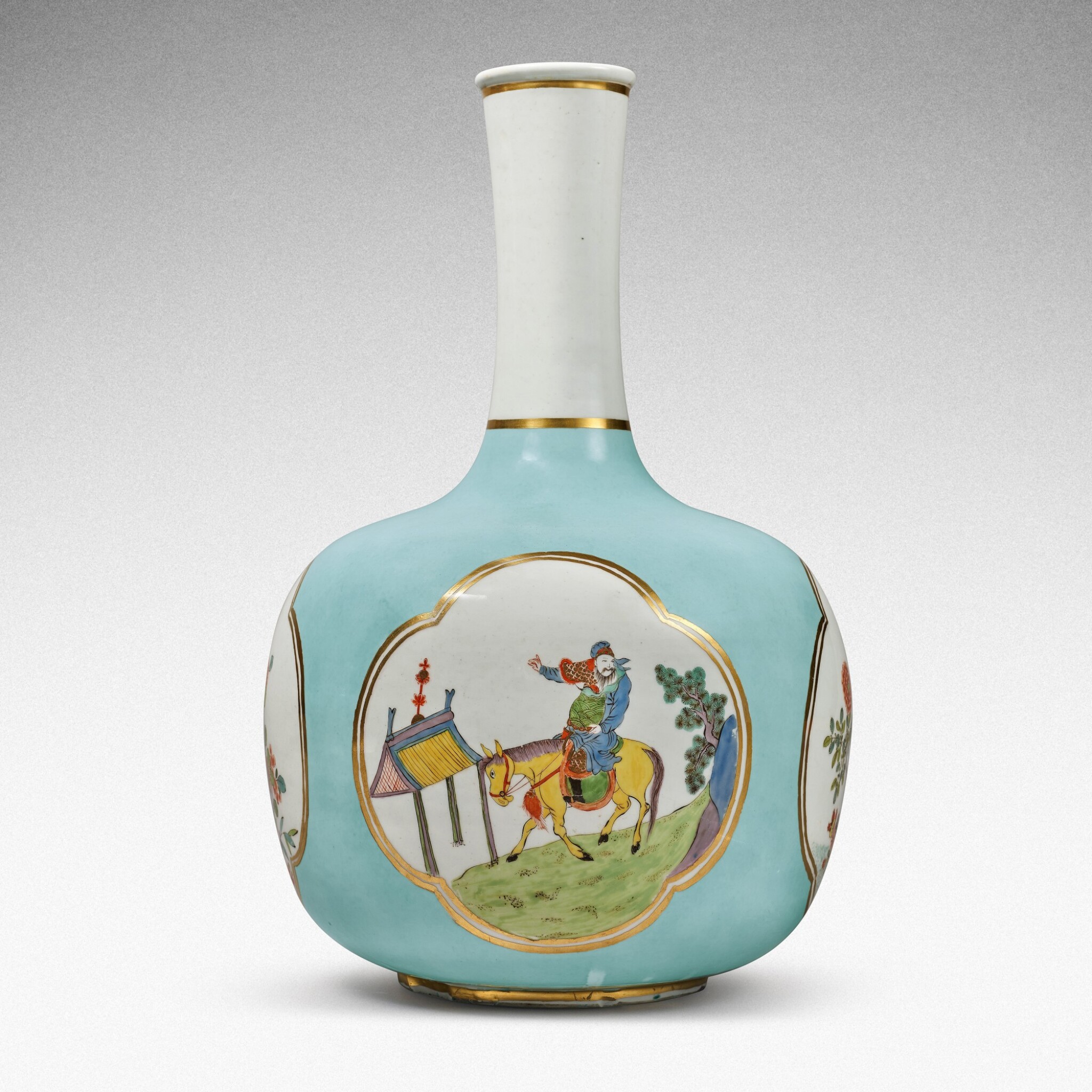 reserved with four double gilt line-edged quatrefoil panels, painted on the front panel with a stylised Chinese warrior on horseback approaching a shelter, the reverse panel painted with two birds perched on a branch of flowering indianische Blumen, the two side panels with indianische Blumen issuing from stylised rockwork, the tall neck and the footrim edged in gilding, AR mark in underglaze-blue, Dreher's mark x for Johann Daniel Rehschuh, Hausmarschallamt inventory number III 253. in black enamel.

Overall the vase is in good appearance and condition. There are some white marks around the foot ring where the seladon glaze has not covered properly and pulled. The seladon ground with some pin-head speckling to shoulder. There are four shallow chips to footrim which occurred during manufacture and have been gilt-over. The enamels of all four panels in good condition and vibrant.

Thence by descent in the Royal Collections of Saxony;

Restituted to the former Royal family of Saxony (Haus Wettin, Albertinische Linie e.v.) in 1924 as part of the agreement with the State of Saxony;

Recovered from the above by Allied Monuments Officers and transferred to the Central Collecting Point Munich (MCCP inv. no. 1604/2);