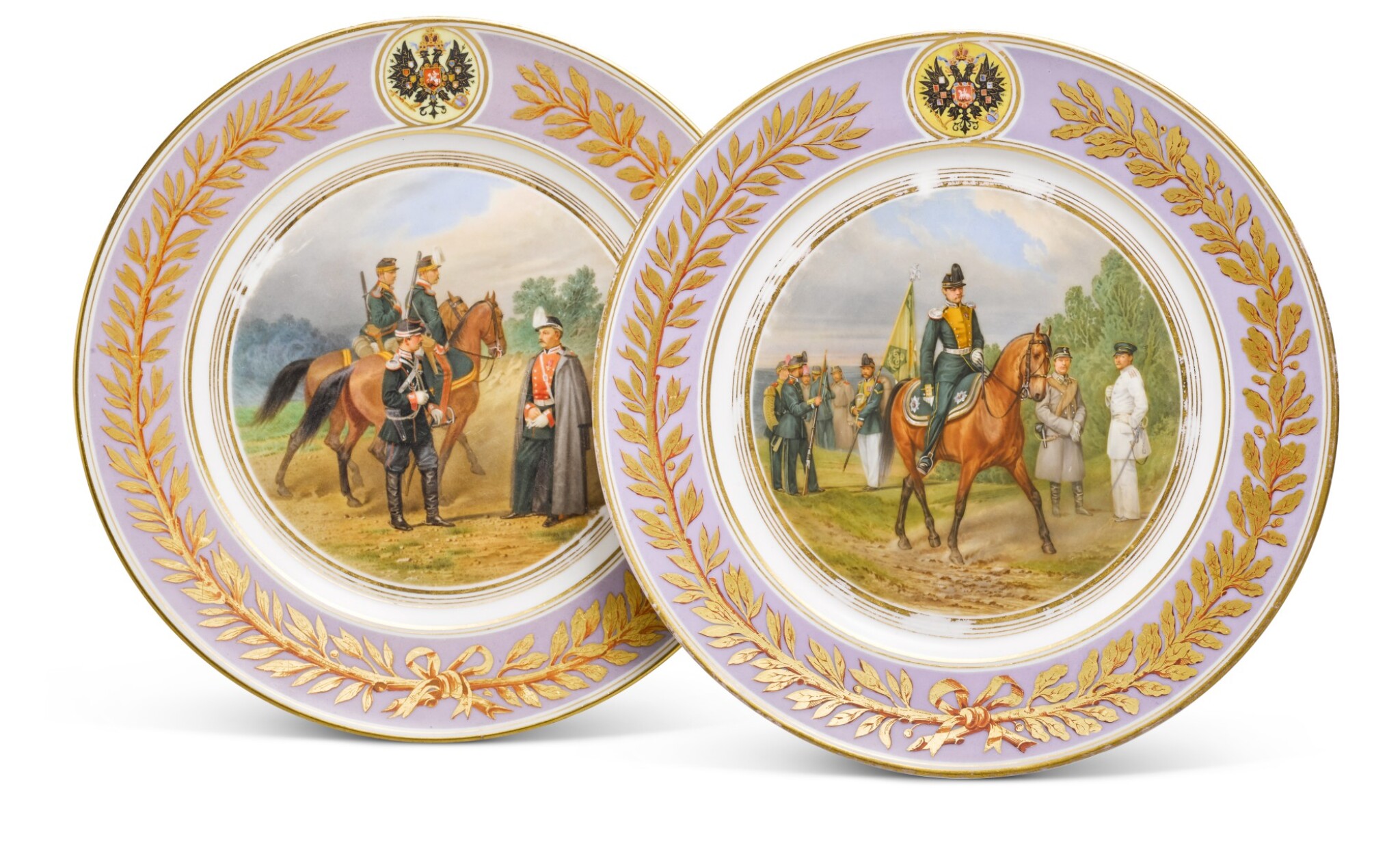 Overall in good condition. With minor scattered scratches consistent with age and use. Both with some minor losses to gilding on the footrim and on the plate to outer edge and to edges of central painted scene. In the same areas around the painted scene, very minor losses to painted surface.

The Volinsky Life Guards (better known as the Volhynian Life Guards Regiments) were initially intended as the personal guard of the Grand Duke Constantine Pavlovich, though they also were dedicated to being the first responders in case the Kingdom of Poland mutinied against Russia. Originally formed in 1817 out of the Warsaw-based Finnish Guard Regiment, this Guard fought in the Crimean War, 1863 January Uprising, Polish-Russian War of 1830-31 and the First World War. Unexpectedly, though the Guard’s name is the same as that of the region Volhynia (now situated between West Ukraine, South West Belarus and South East Poland), it has no ties to this geographical region.

However, the regiment gained its notoriety due to its monumental role in the Russian Revolution. After being withdrawn from the Eastern Front and relocated to St Petersburg, the soldiers performed a mutiny: refusing their orders, the soldiers shot their weapons up at the sky instead of the unarmed crowds who had gathered in St Petersburg. The following day, they murdered their officers and joined the Bolshevik cause, quickly followed by the Semyonovsky, Izamylovsky and Litovsky regiments. Even the Preobrazhensky Regiment, who were historically the most elite and loyal Imperial regiment, followed suit.

The Life Guards Dragoon Regiment was founded by Peter the Great and comprised the 1st Brigade of the 1st Cavalry Division of the Imperial Army.