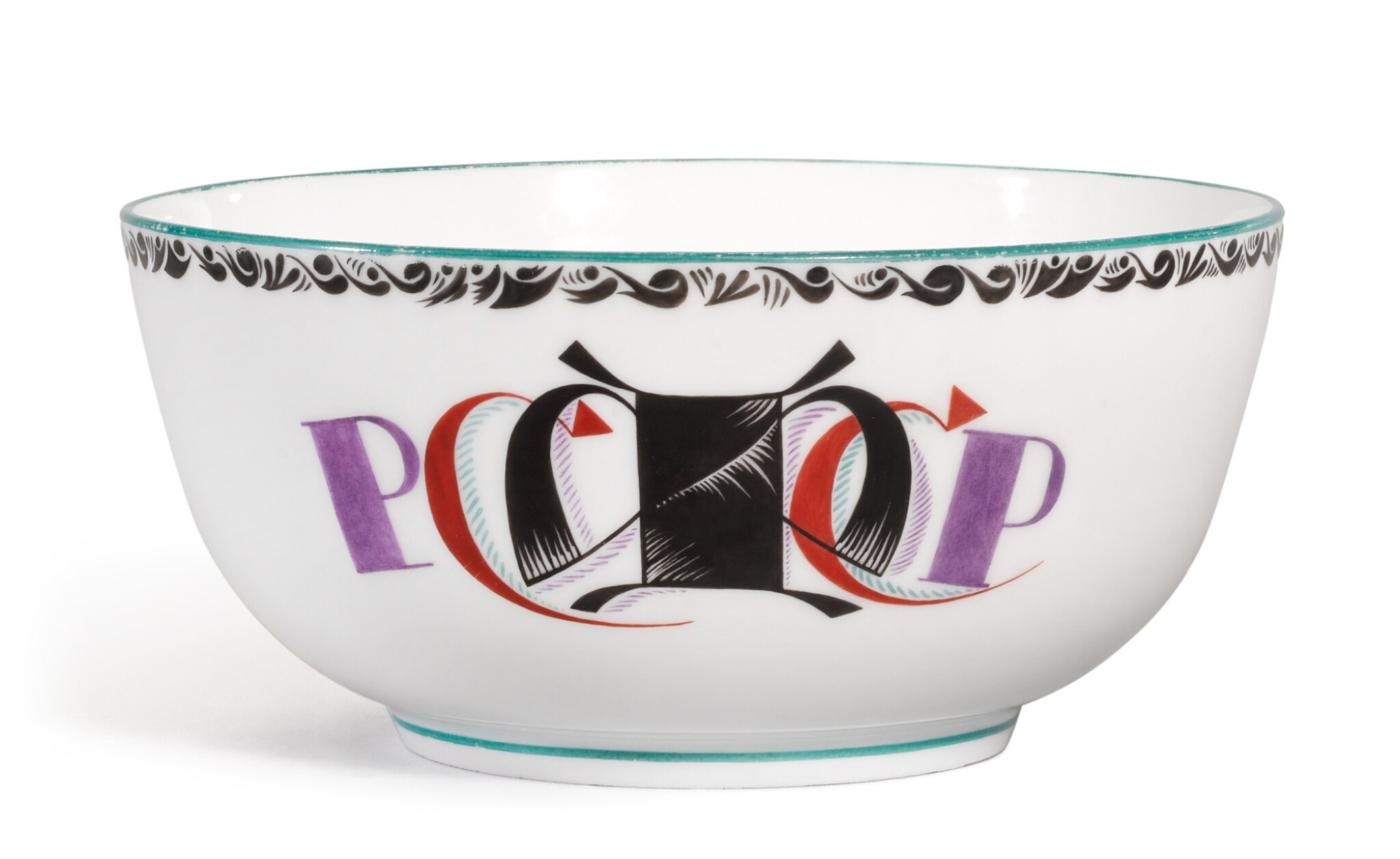 After a design by Rudolf F. Vilde or Sergei V. Chekhonin, the sea green rim above a black frieze of stylised foliage, the body bearing twice on opposite sides the monogram in Cyrillic 'RSFSR' in purple, red and black, marked on the underside in blue underglaze with hammer, sickle and cog, 1921 and in green underglaze with IPF monogram for Nicholas II, 1909

In overall very good condition. Very minor scuffs to the paint on the rim and to the footrim.