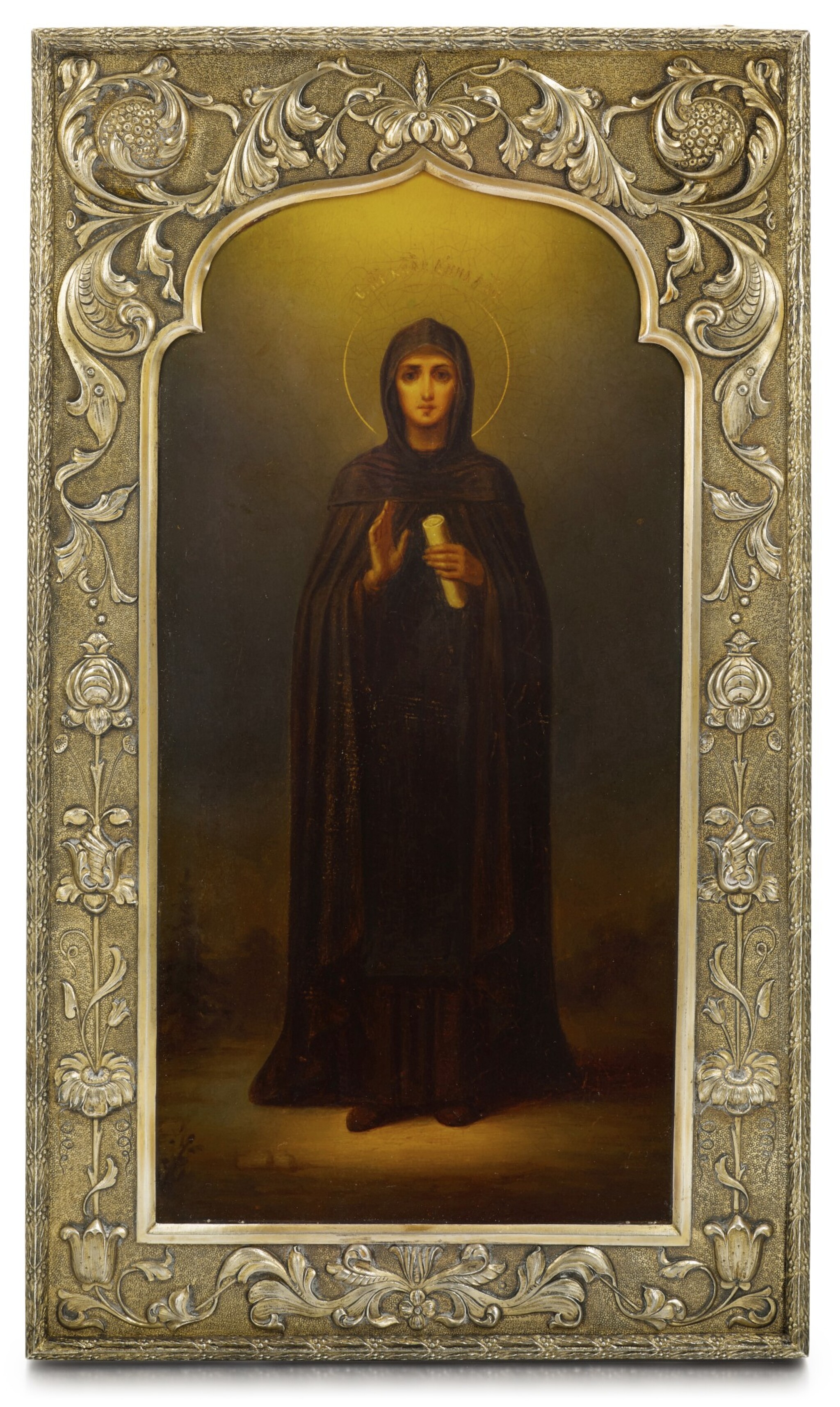 The oklad in art nouveau style, the riza with repoussé and chased flowers and leaves, the velvet reverse with applied silver-gilt plaque engraved in Russian ‘To Her Highness Queen Olga Konstantinovna Blessing of the Loyal Homeland from Prince Mikhail Andronikov September 1909’, struck on the lower edge with maker’s mark in Cyrillic, 84 standard

In overall good condition. Minor craquelure and indentations (to the lower section) consistent with age and use. The frame with minor tarnishing as to be expected.

Grand Duchess Olga (1851-1926) of Russia was born on September 3, 1851, to Grand Duke Constantine Nikolaievich (son of Tsar Nicholas I). She spent her childhood in St. Petersburg, Poland and the Crimea. In 1867, at the age of 16, she married King George I of Greece.

Prince Mikhail Andronikov (1867-1919) was a controversial figure. Born into privilege, he studied at the Corps du Pages but was dismissed. From 1897-1914, he was attached to the Ministry of Internal Affairs. He was close friends with Grigoriy Rasputin, representing him at court. In 1916, he fell out of favor with Rasputin and by default with the Empress Alexandra. In 1917, on suspicions of spying for Germany, Andronikov was exiled from St. Petersburg and Moscow. After the Revolution, on the recommendation of Lenin and Dzerzhinsky, he was appointed head of the Kronstadt Cheka. After having been caught receiving bribes, he was arrested and tried, not for embezzlement, but on charges of spying for Germany for which he was executed in 1919.

Based on the date inscribed on the dedicatory plaque of the offered icon, it would seem that it was related to two events simultaneously, the birthday of Queen Olga (September) and the year in which Saint Anna Kashinskaya was once again glorified by the church (1909).