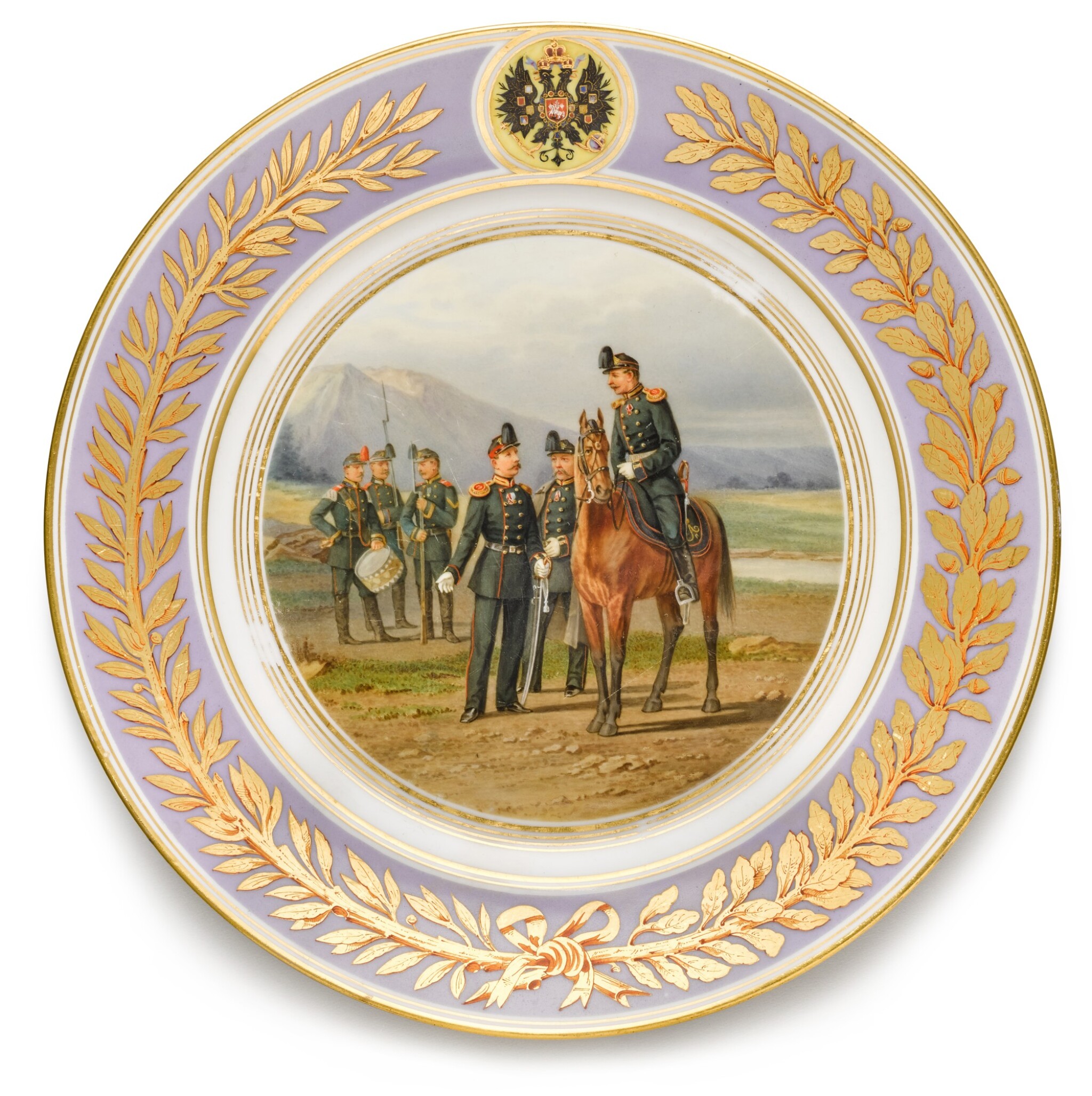 The cavetto depicting the 19th Infantry Division within a border of gilt laurel on lilac ground, surmounted by the imperial double-headed eagle, inscribed in Cyrillic after a painting by Balashov and signed N. Ivanov, dated 1873, with underglazed green and blue Imperial cypher of Alexander II

The 19th Infantry Division formed part of the 12th Army Corps and was based in Uman, now in central Ukraine.