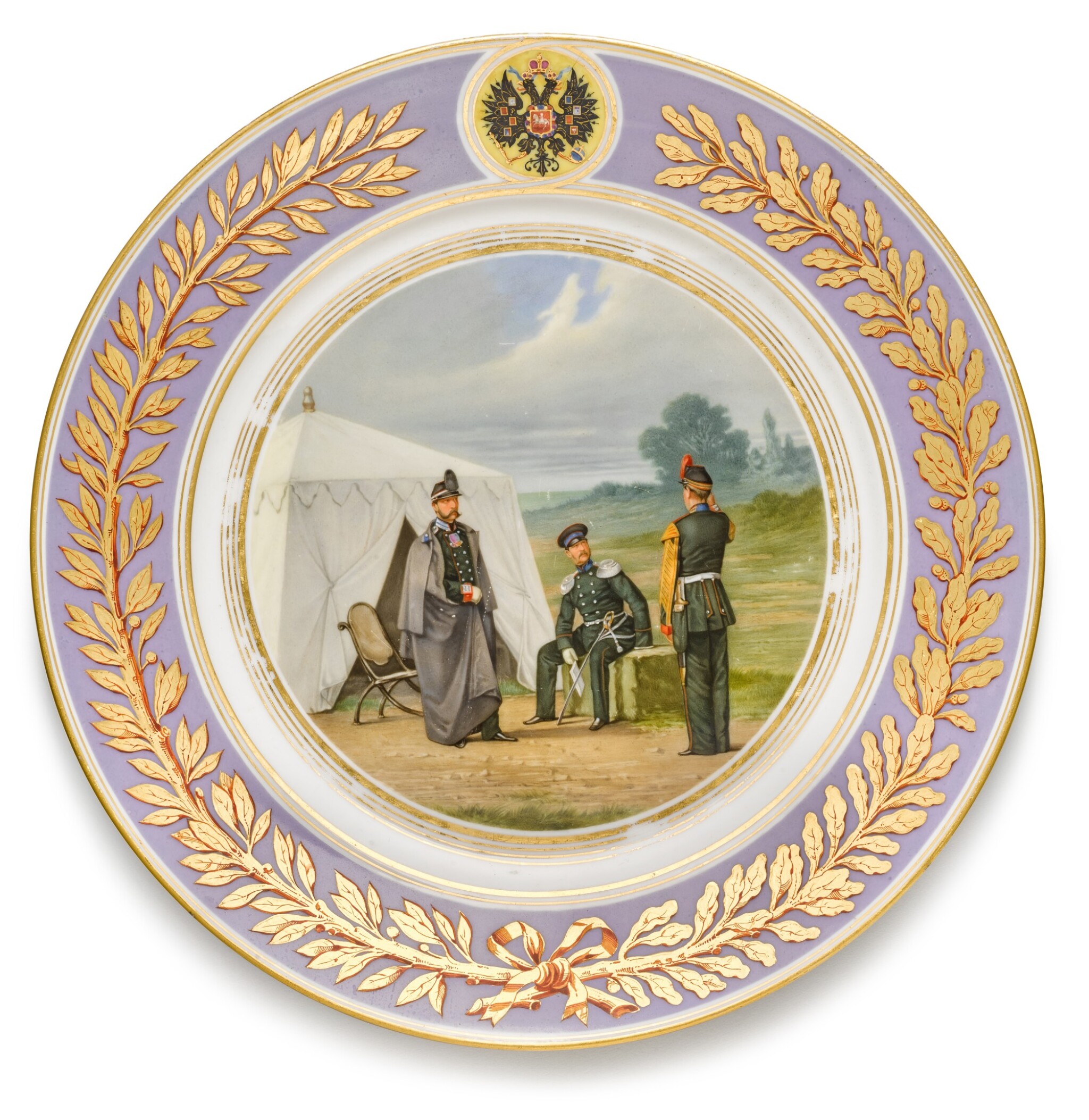 The cavetto depicting the Life Guard Garrison Battalion, after a painting by Piratsky and signed A. Morozov, surmounted by the imperial double-headed eagle, with underglazed green and blue Imperial cypher of Alexander II

Overall in good condition. With minor scattered scratches consistent with age and use. With some minor losses to gilding on the footrim and on the plate to outer edge and to edges of central painted scene. In the same areas around the painted scene, very minor losses to painted surface.