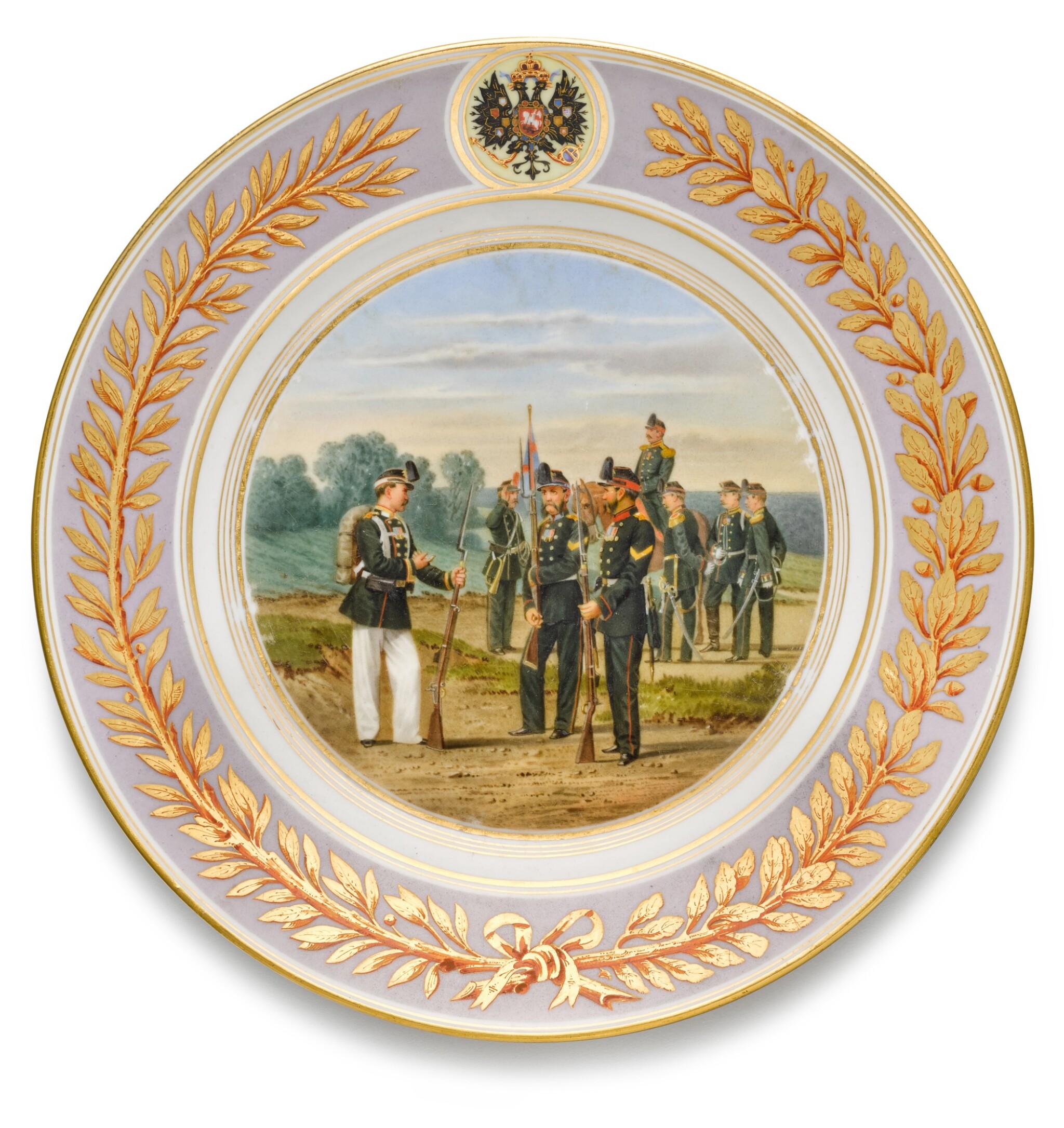 The cavetto depicting the 3rd Grenadier Division, after a painting by Balashov and signed A. Novikov, surmounted by the imperial double-headed eagle, with underglazed green Imperial cypher of Alexander II

Originally, grenadiers were soldiers specially selected for the throwing of grenades and military assaults, though by the 18th century they served this latter purpose considerably more than the former. Typically, only the largest and strongest soldiers were chosen for this Corps. The Russian Grenadier Corps expanded from one division in January 1811 to three in April 1814 and was based in Moscow. It remained a separate corps from the general army until the Russian Revolution.