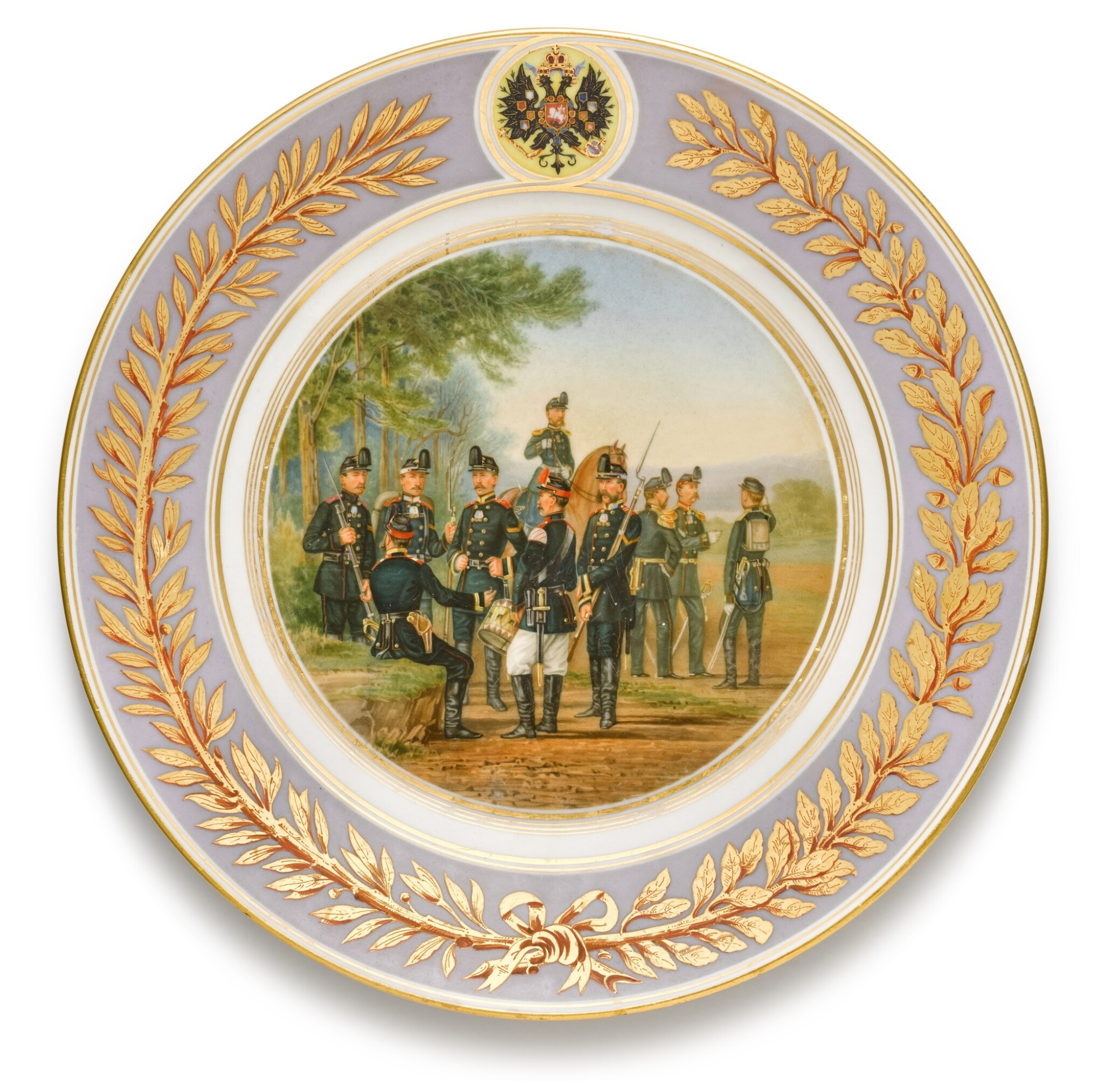 The cavetto depicting the 4th Infantry Division within a border of gilt laurel on lilac ground, surmounted by the imperial double-headed eagle, inscribed in Cyrillic after a painting by Balashov (1853-1888) and signed A. Morozov, dated 1874, with underglazed green and blue Imperial cypher of Alexander II

Overall in good condition. With minor scattered scratches consistent with age and use. With some minor losses to gilding on the footrim and to the gilding on the outer edges of the plate and to edges around the central painted scene.

Formed in 1806, the 4th Infantry Division was made up of four brigades and served until the Russian Revolution. Its headquarters were in Lomzha, which is now in North Eastern Poland.