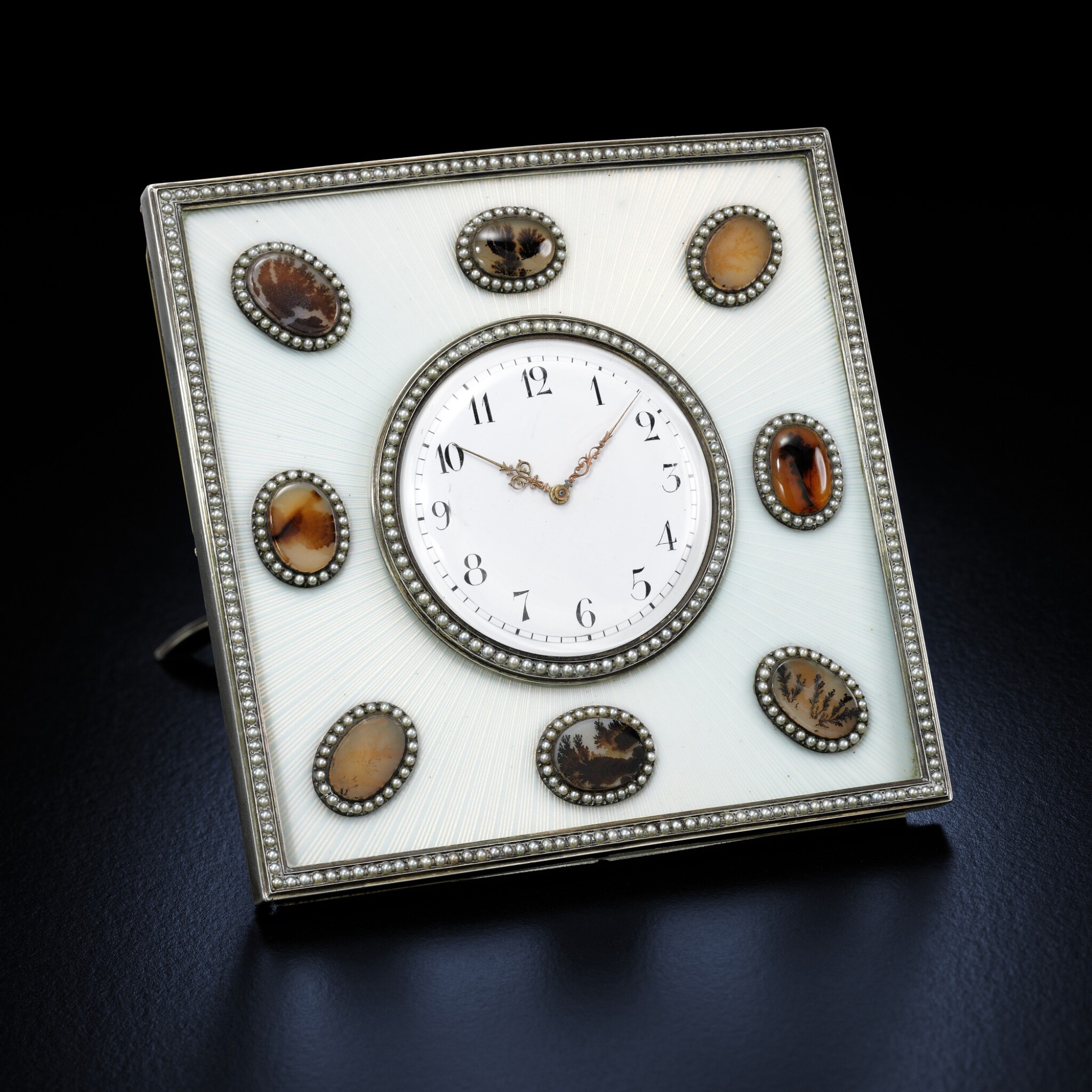 square, enamelled in translucent oyster over sunburst engine-turning guilloché ground with seed-pearl border, centring a white enamel dial within a silver seed-pearl bezel, with eight dendridic agate plaques along borders of the dial, each within a seed-pearl border, pierced rose gold hands, the back with silver strut, the back-plate with hand-set, engraved on the reverse in Cyrillic with abbreviated inscription 'Ned. Zav.', struck to the upper edge with Fabergé in Cyrillic, to the reverse, strut and upper edge with workmaster’s initials, 88 standard

To request a Condition Report for this lots, please contact Kira.Gurmail-Kaufmann@sothebys.com

At the turn of the century, Fabergé embarked upon the creation of objets de luxe - beautiful pieces which showcased craftsmanship and design whilst being practical at the same time. Fabergé clocks are the perfect example of this trajectory. Taking inspiration from Louis XVI-style design, these clocks originally featured classical ornamentation such as rosettes, ribbon ties and garlands mounted on finely executed guilloché enamel grounds. Soon, the workmasters at Fabergé (it was chiefly Perkhin and Wigström who were the masters behind these pieces) began developing designs derived from Rococo precedents. The Empire style which also emerged at the time was then assimilated into clock design, featuring palmettes, sphinxes and stiff-leaf bands. The rarest of all clock designs were those in the Art Nouveau style.