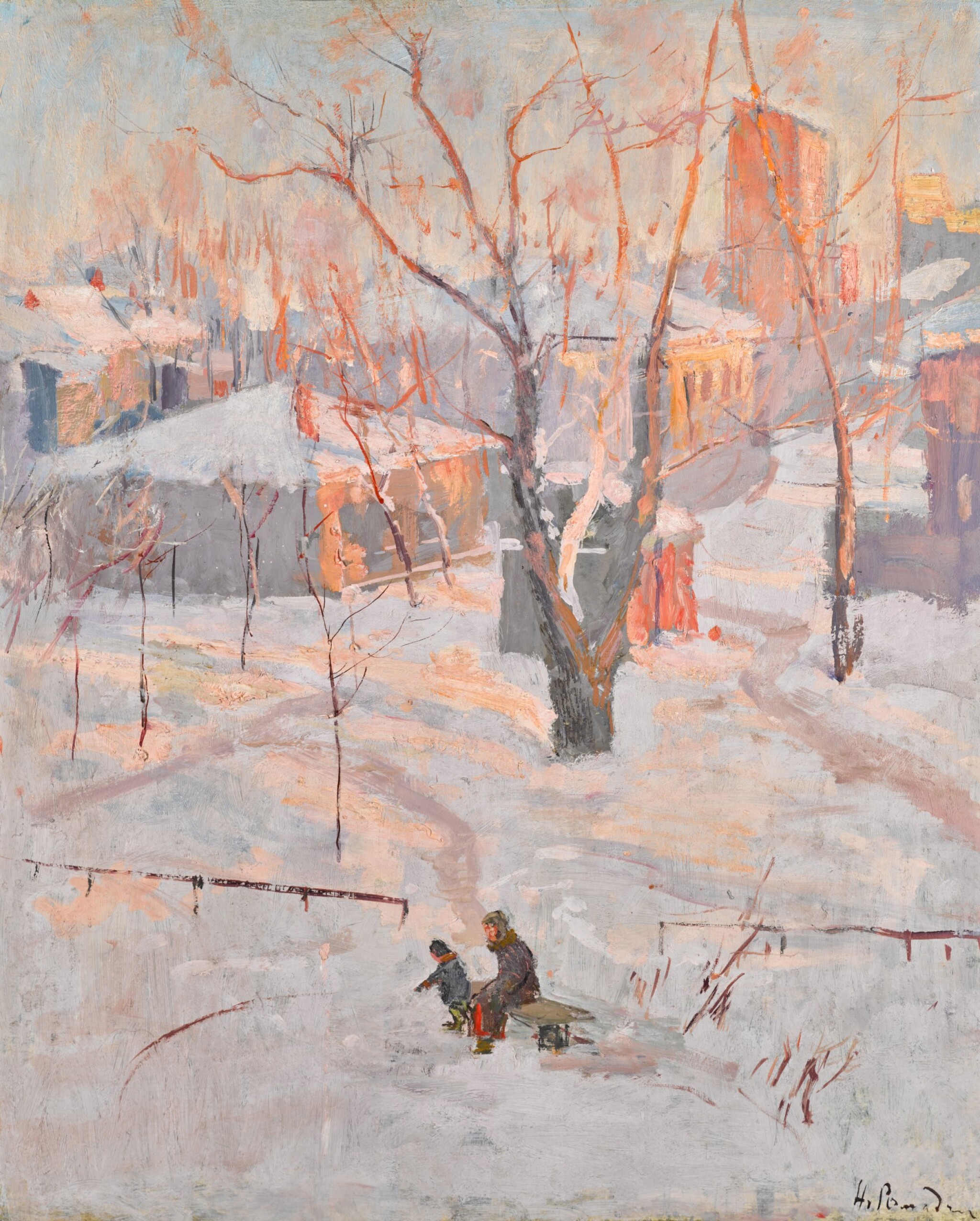 signed in Cyrillic l.r.; further signed, titled, dated 1949 and bearing a Soviet export label on the reverse and a Gekkoso Gallery label on the backing board

The recto and verso of the support appear to have been separated and mounted onto a wooden board. There is scattered craquelure and paint shrinkage in places, as well as abrasions along the edges. There is a light layer of surface dirt. Inspection under UV light reveals minor retouching to the left side of the top edge and some very minor retouching elsewhere. Framed.

One of the most significant landscape painters of his generation, Mikhail Romadin lived a long life which coincided with nearly the entire existence of the Soviet Union. He was decorated with all the orders and prizes a Soviet artist could aspire to, including the coveted title People’s Artist of the Soviet Union, while his paintings were acquired for the country’s most prestigious art museums. Despite his success and official recognition during his lifetime, Romadin was not an artist who built his career by conforming to the ideals of the regime. His early works in particular show the modernist influence of his teachers at Vkhutemas, especially Robert Falk.

Probably painted on or near Maslovka Street as other known winter landscapes by Romadin from the late 1940s, the present work beautifully conveys the mood of a sunny winter’s afternoon in what was then still a rural part of Moscow. It demonstrates Romadin’s deep understanding of colour, similar to that of Falk himself.