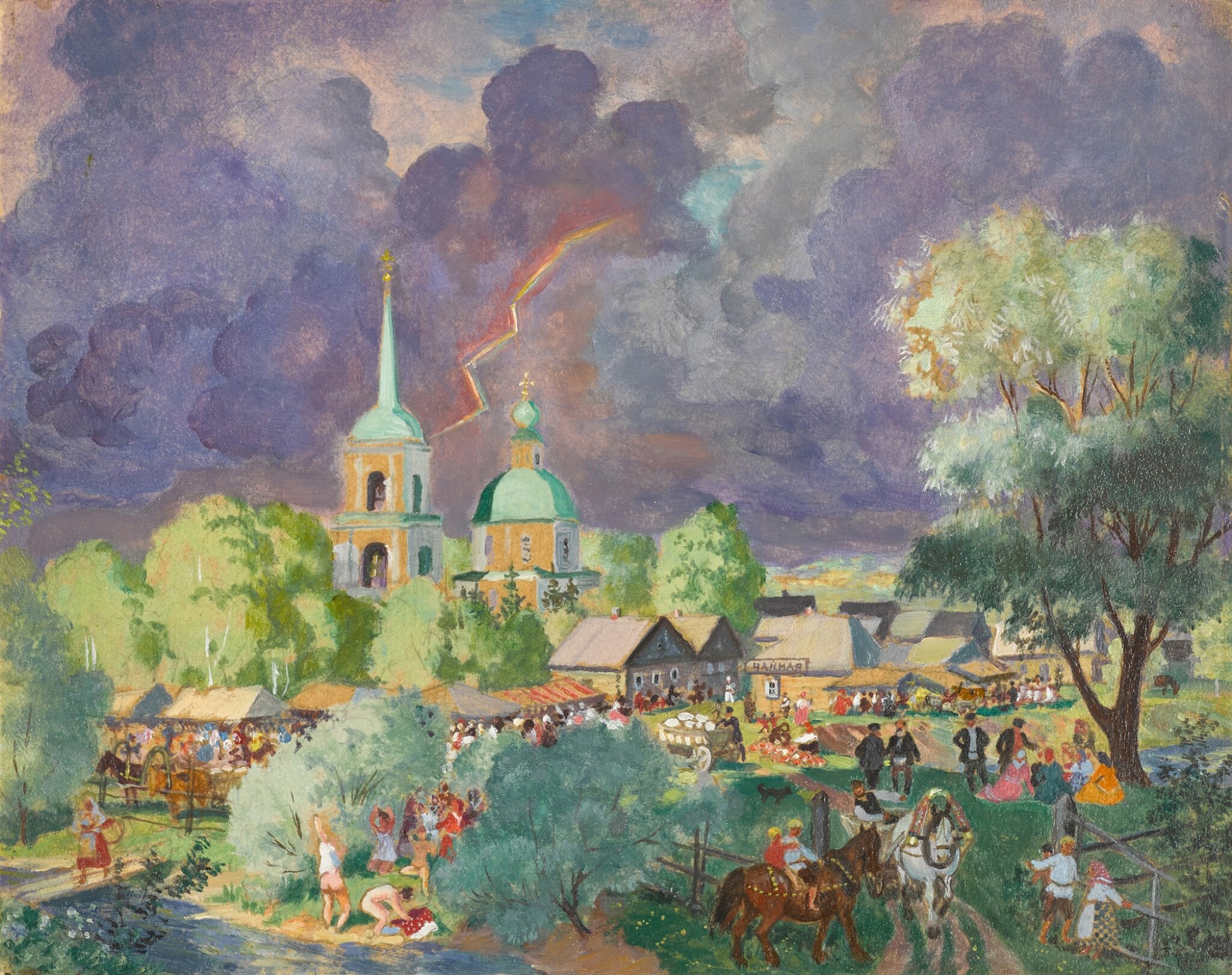 The board has been laid down on plywood. The right edge shows very minor nicks, losses and frame indentations. Inspection under UV light reveals no obvious signs of retouching. Framed and glazed.

By the time Kustodiev painted Village Fair in 1919, he was bound to a wheelchair and largely confined to the four walls of his studio. Despite this, it was during this period that he created some of his most life-affirming and joyful works. As Vsevolod Voinov writes in his 1925 monograph, ‘…perhaps like no one among his contemporaries the artist, immobilised by disease and suffering severely at times, manages to affirm health and life full of happiness, abundance and vigour. This sensation of health and of the unshakeable fabric of life is so natural to the artist. He depicts it with so much conviction that the viewer becomes fully absorbed by it’ (V.Voinov, B.M. Kustodiev, Leningrad: Gosudarstvennoe izdatel’sto, 1925, p.35).

Village Fair is a miniature rendition of Kustodiev’s artistic universe, bringing together some of his most well-known and beloved motifs. The listing of works from 1919 in Voinov’s monograph contains a number of ‘miniature oils on board’, and although it is unclear if the present work is among them, it is certain that the artist regularly used small-scale boards during this period.

The scene is teeming with activity: while the village fair is in full swing, a group of women are seen bathing nearby, while another group is enjoying a picnic underneath a tree. Small, charming details further liven up the scene, like the dog in the centre and the coachman swaying to avoid collision with the two young children on horseback in the foreground. Kustodiev's mastery as a draughtsman and colourist shines through in the way he captures the fast-changing weather. Swirls of stormy clouds are passing by and the sun has come out to illuminate the tree crowns, church dome and bell tower. The weather is symbolic here of the triumph of life, accentuated by the dramatic lightening that fills the sky.