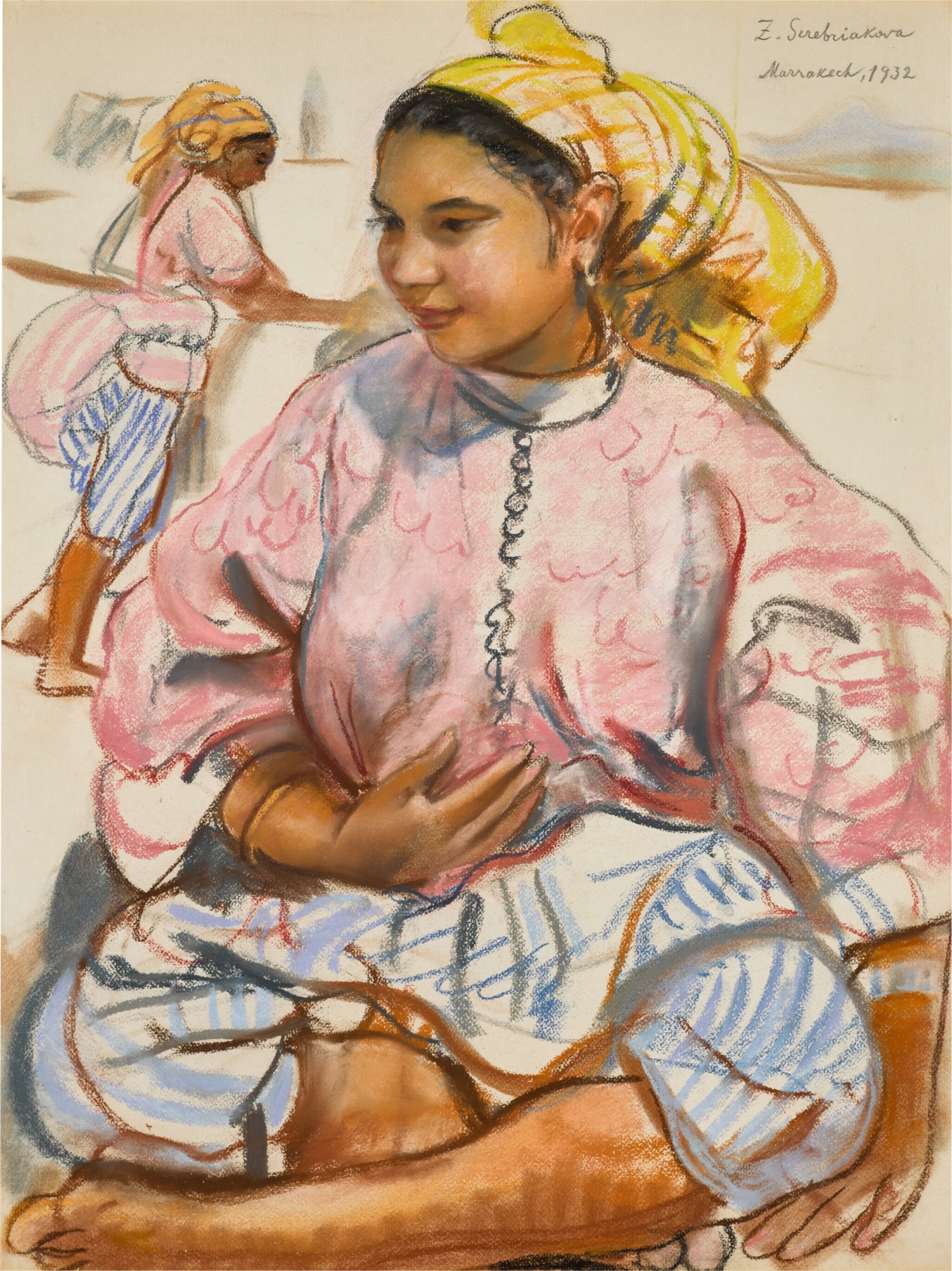 pastel on paper laid on cardboard

Executed on Canson Ingres paper with watermarks along the left edge. The sheet has been laid down on cardboard. Both bottom corners of the cardboard are fraying slightly. The sheet has discoloured and there is mount staining. All four edges of the sheet are deckled and there is very minor paper skinning visible in places along the top edge. Minor smudging can be seen in places. There is a light layer of surface dirt and minor spots of incipient foxing are visible in places. Framed and glazed.

Sotheby's London, Icons, Russian Pictures, Works of Art and Faberge, 20 February 1985, lot 309
Acquired at the above sale by the present owner

Zinaida Serebriakova’s travels to Morocco in 1928 and 1932 led to an immense expansion of the artist’s body of work. Inspired by the people, colours and local customs, Serebriakova produced over 130 portraits and cityscapes. Although profusely admiring, letters from her travels also hint at a frustration at the lack of models: 'As soon as you sit to draw the women walk away – Arabs don't wish to be drawn, so they immediately close up their shops or charge up to 10 or 20 francs for tea an hour!’ Forced by the strictures of the Koran to work at lightning speed she would often have less than half an hour to complete portraits. Luckily in Marrakesh, the final destination on the second trip, she found some willing models.

The present portrait is typical of Serebriakova’s style. The joy and tenderness are palpable in the vibrant colours and lines with which she captures her sitter without any hint of the exoticism often found in orientalist paintings. In 1932 Serebriakova’s solo exhibition at the Galerie Charpentier, comprising over two thirds of her Moroccan series, was lauded by her fellow critics and artists. ‘The people are so full of life’, Alexander Benois wrote of her Moroccan works, ‘it seems as if you truly enter into direct contact with them, as if you actually meet them in person’ (A.Benois, Khudozhestvennye pis’ma 1930-1936, Moscow: Galart, 1997, p.130).