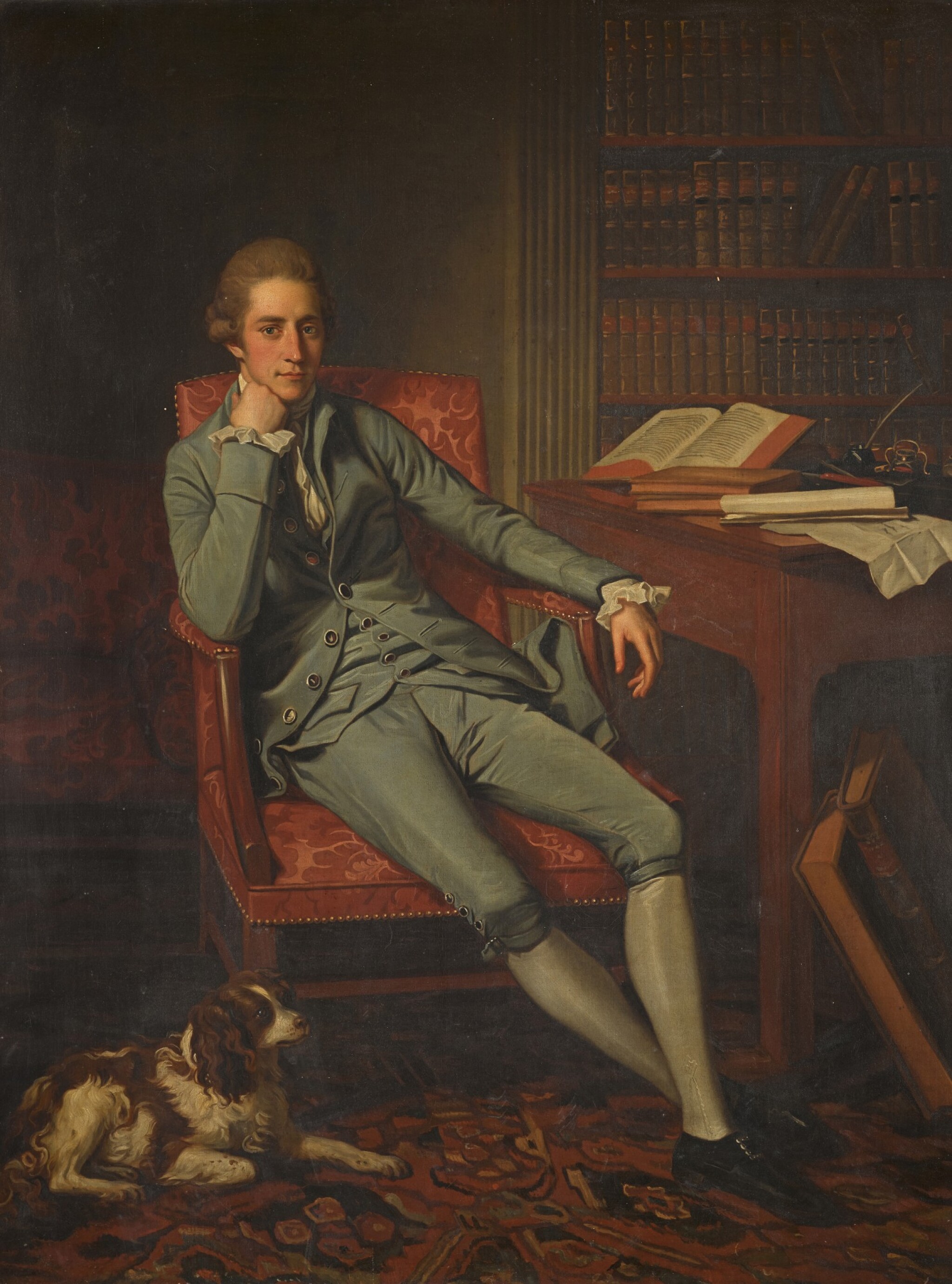 The canvas is lined, the paint surface is dirty and the varnish is discoloured. Inspection under ultraviolet light is impeded by the thick, milky varnish, but there appears to be little to no intervention. The painting is in overall very good condition, which will respond well to cleaning.

Another version of this painting, of the same dimensions, was formerly in the collection of Ronald Tree, and was exhibited at Kenwood House, London, in 1977.1 Judging from images of that work, it would appear to be a secondary version of the present painting.

William Eden was the younger son of Sir Robert Eden, 3rd Bt (d. 1755), and Mary Davison. He received a degree in law from the University of Oxford in 1763, and spent the rest of his life in politics. He was recognised as an authority on commerce and economy; an advocate for the improvement of prisoners’ treatment; and an able diplomat, not only as part of a conciliation commission sent to America during the War of Independence, but also as an ambassador to several European countries over a number of years. Eden also served as a member of the Irish Privy Council, as MP for Heytesbury, and latterly as joint Postmaster General in his friend William Pitt the Younger’s government. Upon their discovery in 1806, the Auckland Islands to the south of New Zealand were named after him.

Update 11.01.2020: The existence of a previously untraced and unpublished, third version of this composition, signed N. Dance on the right on the book, has recently come to light. Unknown to scholarship, it was formerly in the collection of the Dukes of Leeds at Hornby Castle, Bedale, North Yorkshire.