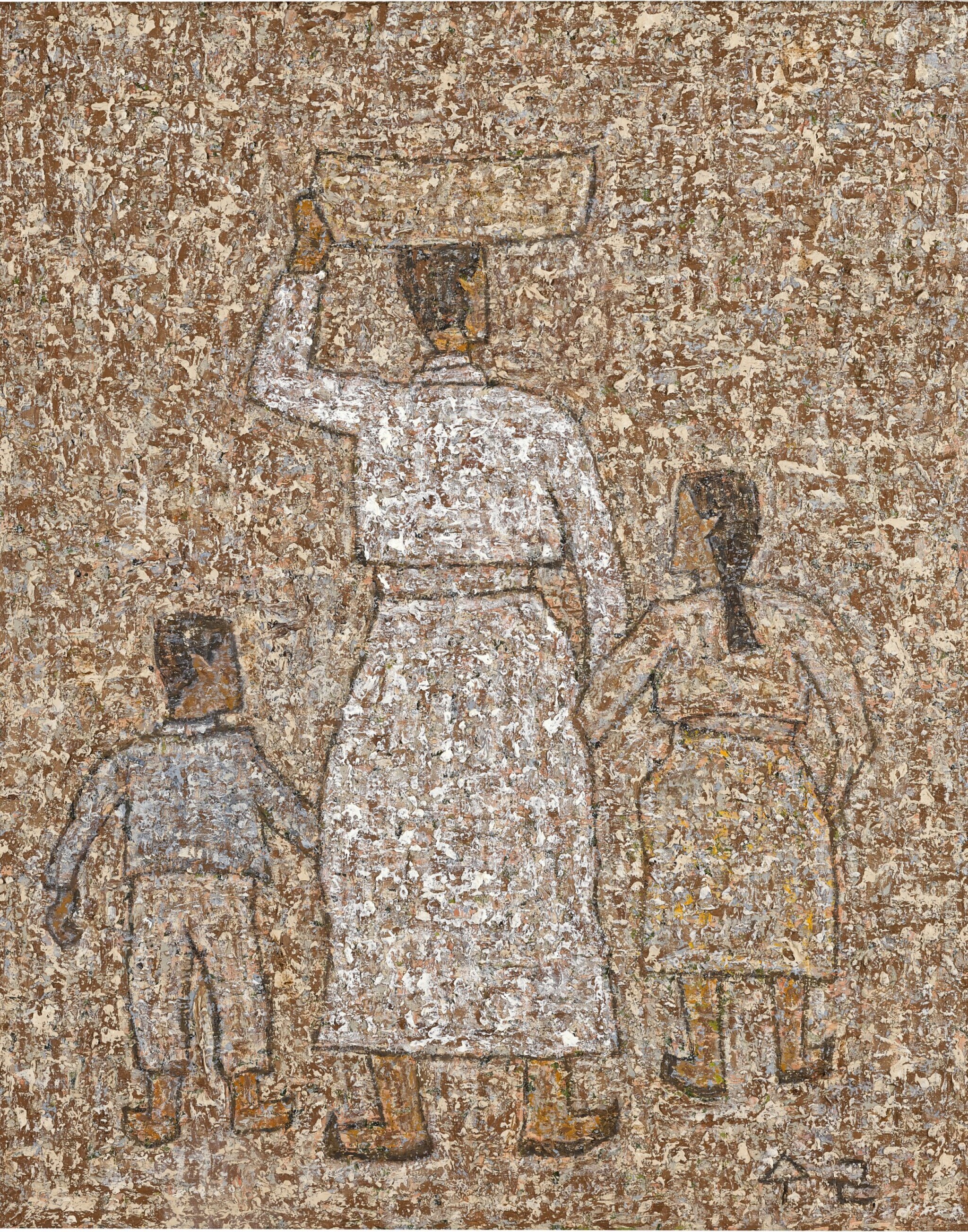 To request a Condition Report for this Lot, please contact jon.adjetey@sothebys.com.

Please note this lot has been withdrawn from the sale.

Executed in Park Sookeun’s idiosyncratic brushstrokes and palette, this quiet scene depicts a woman carrying a basket aloft accompanied by two children. Presumably on their way to or from a market, the painting is rendered in the earthy, granite hues typically explored in Park’s works. Born in 1914 in Yanguu County, Gangwon Province, South Korea, Park developed his own artistic style independently and received no formal art education. Park graduated from his elementary education in 1927 and was unable to pursue further study due to financial difficulties and the need to support his siblings after his mother’s untimely death and his father’s absence. Despite his difficult upbringing, Park cherished his hometown and was greatly inspired by the quotidian scenes of daily life that he encountered. Contrary to many other contemporary artists who often left Korea to study and join the new artistic currents garnering much attention abroad, Park never left Korea. His subtle works focus on simplified, local figures, particularly villagers or labourers, and the rhythms of their comings and goings.

The artist Jean-Francois Millet (1814-1875) was also an influence on Park. Millet’s sympathetic gaze towards simple, peasant life and a fascination with farmers in their rural countryside was undoubtedly understood and shared by Park. Sketching such scenes incessantly throughout his career, Park seemingly strove to create figures so synonymous with the local landscape as to become the very essence of it. Arguably, his variation and approach to this romantic subject pathed Park’s own unique expression of Korean modernism. Park’s relatively small oeuvre is believed to comprise no more than four hundred paintings. His career was cut short by his premature death at the age of fifty-one in 1965.