Property of a European Collector and Thence by Descent 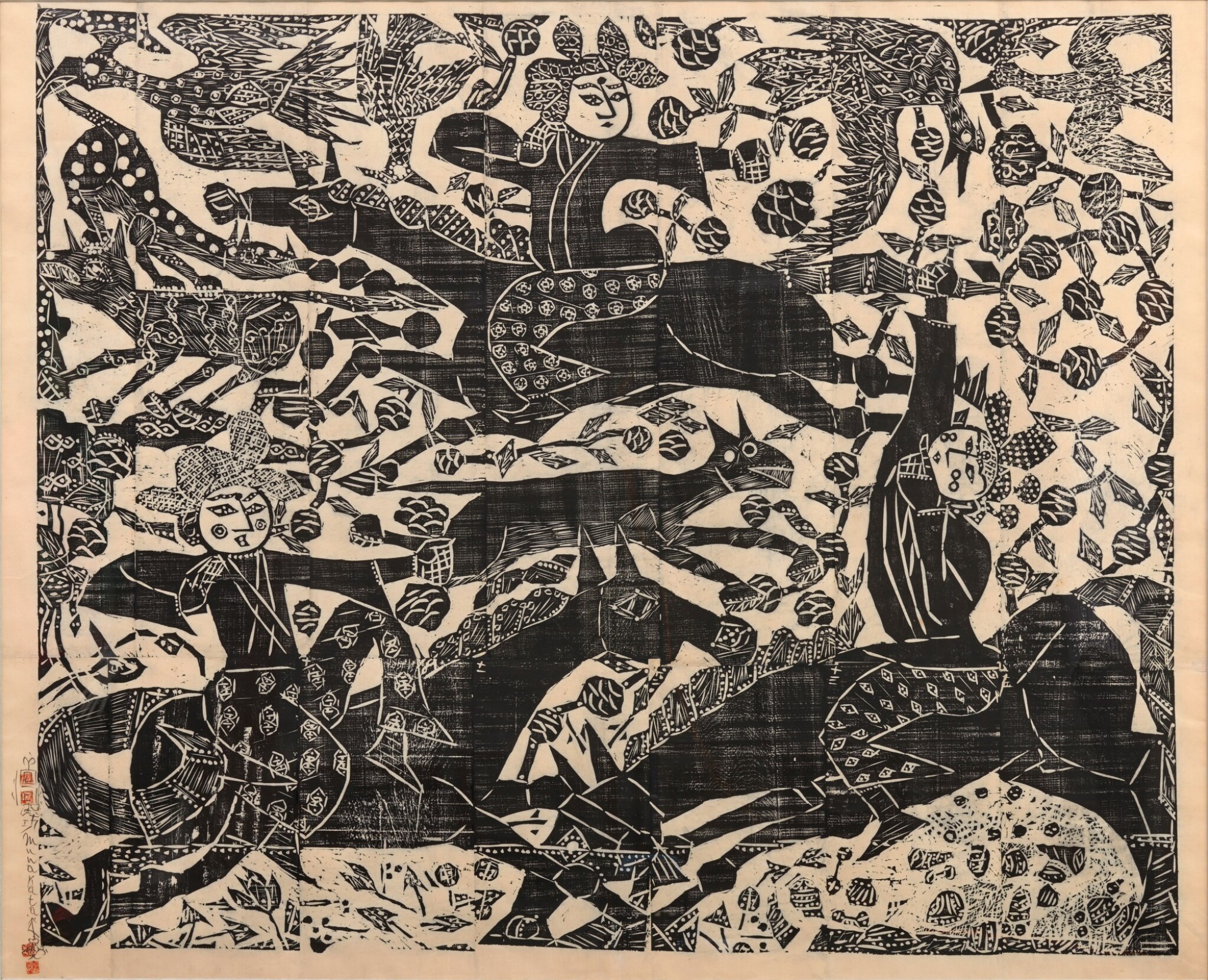 Property of a European Collector and Thence by Descent

woodblock print, sumizuri-e, joined as a mural in fourteen parts depicting huntsman on horseback racing through flower fields among dogs and game birds, the huntsman without harness or weapons, signed vertically in pencil to the lower left in Japanese Shiko and in Roman script Munakata, with four red seals MunaShiko, and with artist's penciled pine needles, field chrysanthemum (nogiku) and key fret marks, n.d. [blocks cared in 1954]

Good condition, as can be seen in the illustration there are some slight creases to the edges.

Inspired by a photograph the artist saw of a hunting scene mural in Jilin China, as well as a Japanese ritual in which flowers are used as symbolic arrows, Munakata’s huntsmen paradoxically have no weapon of which to hunt with. In fact, except for their simple garments, the entirety of the composition is devoid of the man-made. The artist poignantly said of the work that ‘the huntsmen are after flowers, and so, must hunt with the heart.” The dynamic movement of the scene is masterfully arranged without perspective or colour, instead Munakata seemingly creates an ornate black and white tapestry through the balance of both the harmonious and dissonant movement of the horsemen and the animals, flowers and foliage surrounding them.