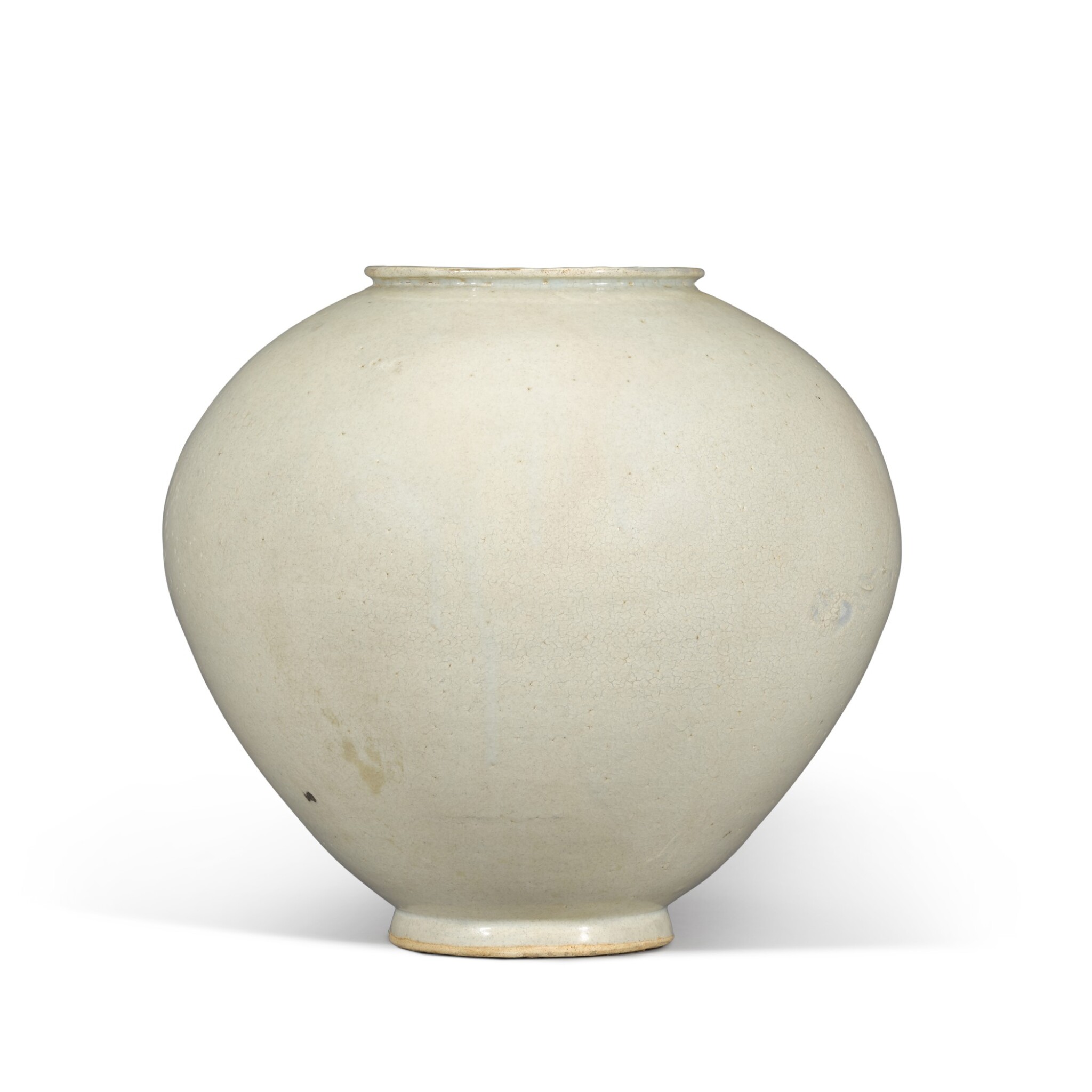 the well-potted oviform vase tapering to the raised ring foot and with slightly everted rim, decorated overall in a finely crackled white glaze

The international and lasting appeal of Kim Whanki’s (1913-1974) art arguably stems from the unique blend of Eastern and Western aesthetics found in his works. Moving to Japan in 1931, Kim seriously engaged with European modernism when he entered the Tokyo School of Fine Arts in 1933. Kim soon incorporated elements of the artists that he admired, such as Paul Klee (1879-1940), Henri Matisse (1869-1954) and George Braque (1882-1963), in with more traditional East Asian motifs. He later became a lecturer back in Korea at the Seoul University from 1946-1968 and worked as a professor at Hong-Ik University between 1953-1955 and 1959-1962. Throughout his artistic career, Kim grew steadily towards abstraction, which came into maturity with his experiments in New York during the 1960s and early 1970s. In 1975, the National Museum of Contemporary Art, Seoul, held a retrospective of his work.

Kim is also known to have popularised the term ‘moon jar’ in reference to the type of globular, white glazed storage jar here in this Lot. Although the firing of these wares occurred throughout the late Joseon dynasty (1392-1910), the poetic allusion to the full moon is said to have arose much later, and were prior often known in the early twentieth century by their Japanese name, maru tsubo [lit. round jars]. The interest shared by Kim and his close friend, Choi Sun-u (1916-1984), a former director of the National Museum of Korea, gave way to a change in the appreciation and viewing of these jars. Glazed white porcelain ‘moon’ jars appear in Kim’s paintings from the 1950s, often paired with a full moon rendered in blue, and Choi also used the term in print in 1963, arguably assisting in the popular appreciation of these wares. Inextricably linked to traditional Korean pottery, Kim noticed something of the avant-garde and contemporary in the potting of the tapering narrow foot and compared Joseon dynasty white porcelain more generally to the architecture and forms of Le Corbusier (1887-1965).

For another example of an eighteenth century moon jar in the collection of The British Museum, museum number 1999,0302.1, go to:

The images of Kim Whanki and his family for reference only, original photos not sold with the Lot.