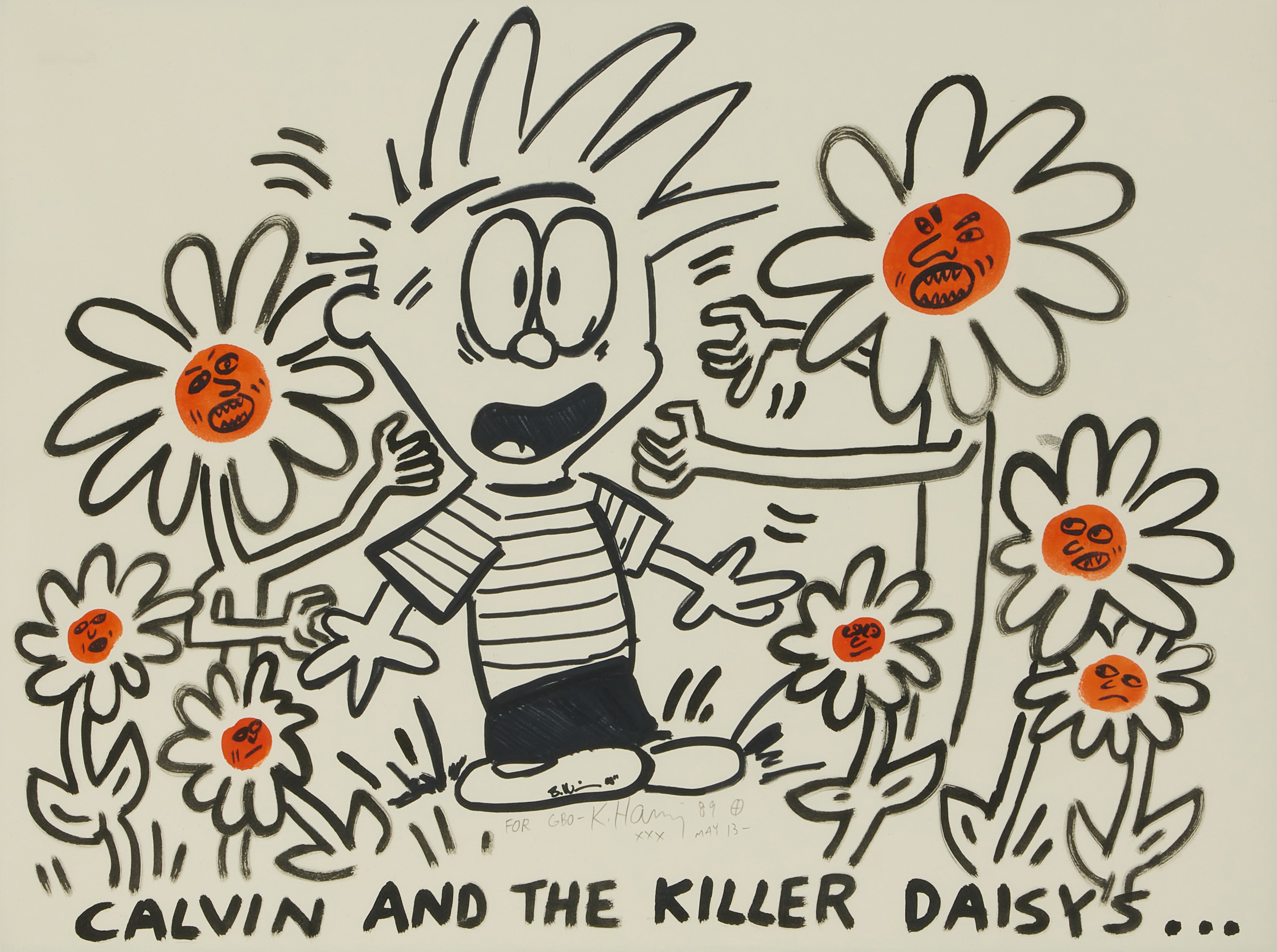 This work is in very good condition overall. The sheet is hinged at the upper corners of the reverse to the backing board. The upper and lower edges of the sheet are deckled. There is light undulation to the sheet most notably along the right and left edges, visible upon close inspection. There is evidence of the artist's process, including pencil marks and minor smudges, visible upon close inspection. Framed under glass.

Collection of Gil Vasquez, New York (gift of the artist)

Keith Haring rose to prominence in the 1980s, with his decade-long career marking a historic mixing of the fine art and street art worlds. Haring is known for his experimentations in installation, collage, and video, but always remained most tied to his commitment to drawing. Known for his subway drawings, the artist garnered public attention through his chalk drawings on empty ad panels in the New York subway system. As he crafted hundreds of these works, New Yorkers would stand to watch -- and sometimes critique -- the production of these works. Engaging with the frenzied energy of the subway system, as well as the temporal nature of such chalk drawings, Haring was able to use the underground as a “laboratory” for experimentation.

Haring’s career quickly developed over the course of the decade, propelling the Pennsylvania-born artist into the limelight of the New York art world. He went on to create dozens of public murals throughout the city, known for mixing his vibrant and graphic style with political and societal messaging. Haring was noted for his involvement in raising awareness around AIDS and safe sex practices, opening a public dialogue around such taboo subjects in the New York art world.