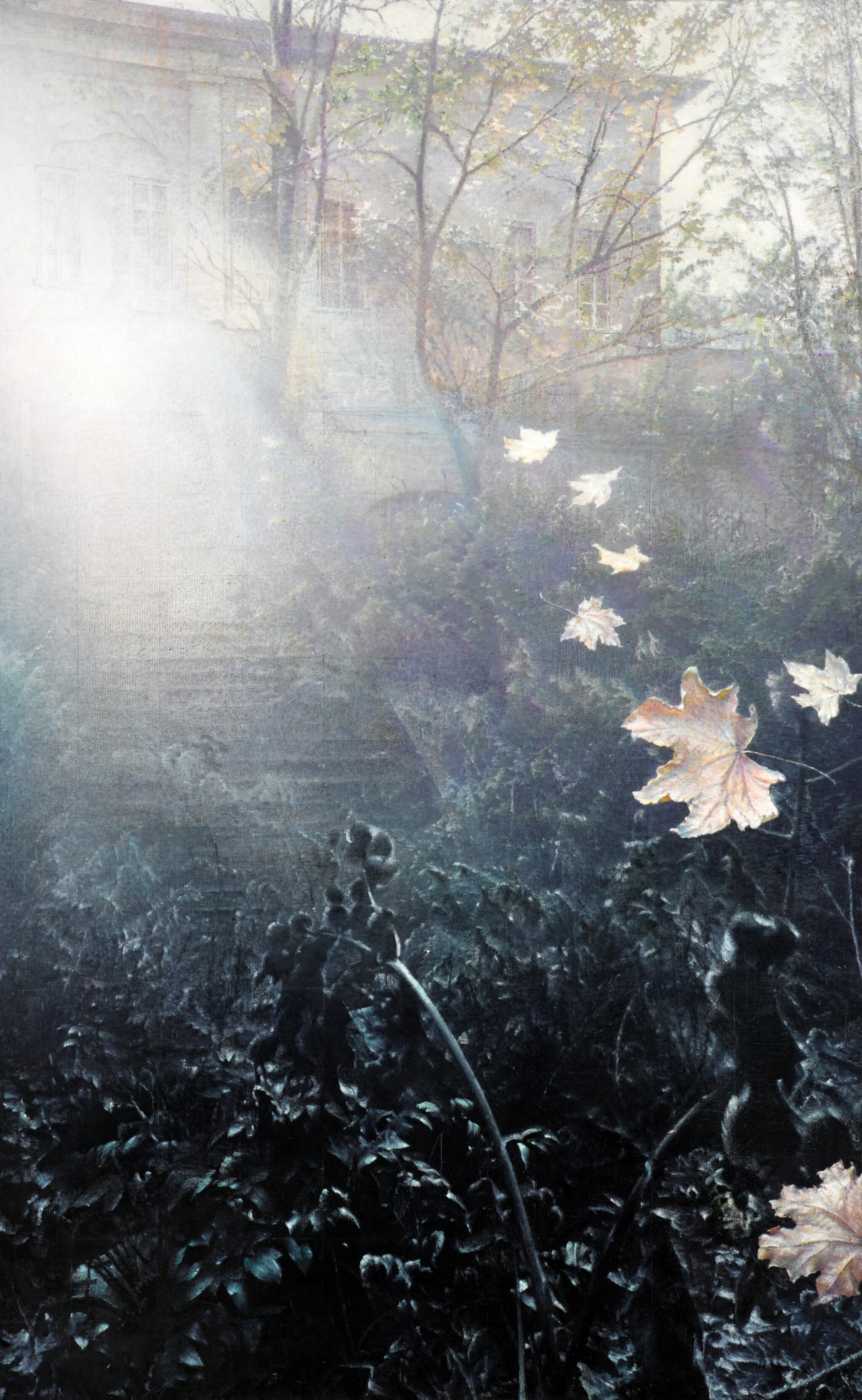 signed in Cyrillic and dated 89 l.r.; further signed, inscribed, titled, dated and bearing a Soviet export stamp on the reverse

Original canvas. Surface scratches are scattered in the foreground. Varnish drip marks are visible towards the centre of the composition. The surface is covered in a layer of dirt. Inspection under UV light reveals no obvious signs of retouching. Unframed.

A 'dominant mode' in Oleg Vassiliev’s oeuvre is memory (Ye.Petrova, N.Kolodzei et al., Oleg Vassiliev: Memory Speaks (Themes and Variations), St Petersburg: Palace Editions, 2004, p.14). The painter’s childhood recollections, highlighted in his autobiography, include copying images from Soviet picture postcards and making regular visits to the State Tretyakov Gallery, with both activities having a strong influence on his artistic practice. The present work relates to these early impressions, since its alternative title alludes to a famous artwork by Vasily Polenov, The Grandmother’s Garden, from the Tretyakov Gallery collection. Polenov's painting depicts an overgrown garden with a wooden mansion visible in the background, the scene animated by the presence of two female figures walking down the stairs together.

In one of the versions of the present work, smaller in scale and executed slightly later (State Tretyakov Gallery), the two figures from Polenov’s painting reappear, this time pictured against the background of a Soviet-style building. In the work offered for sale, the two figures are no longer there, replaced by a cloud of diffused light, like a distant memory one can no longer revive. The painting’s top layer, consisting of falling leaves and dried foliage, acts as a sort of theatrical curtain partially revealing the main scene. The latter is an amalgamation of memories and impressions – a crucial motif in Vassiliev’s practice: ‘In all my work I try to combine things that happen in different times, in different spaces, in different lights. It is like finding things in your memory that are very different and putting them altogether’ (ibid., p.12). The superimposition of the different elements simultaneously acts as a formal experiment, with the leaves and foliage in the foreground disrupting an initially conservative landscape composition.