Property of a Prominent Corporation 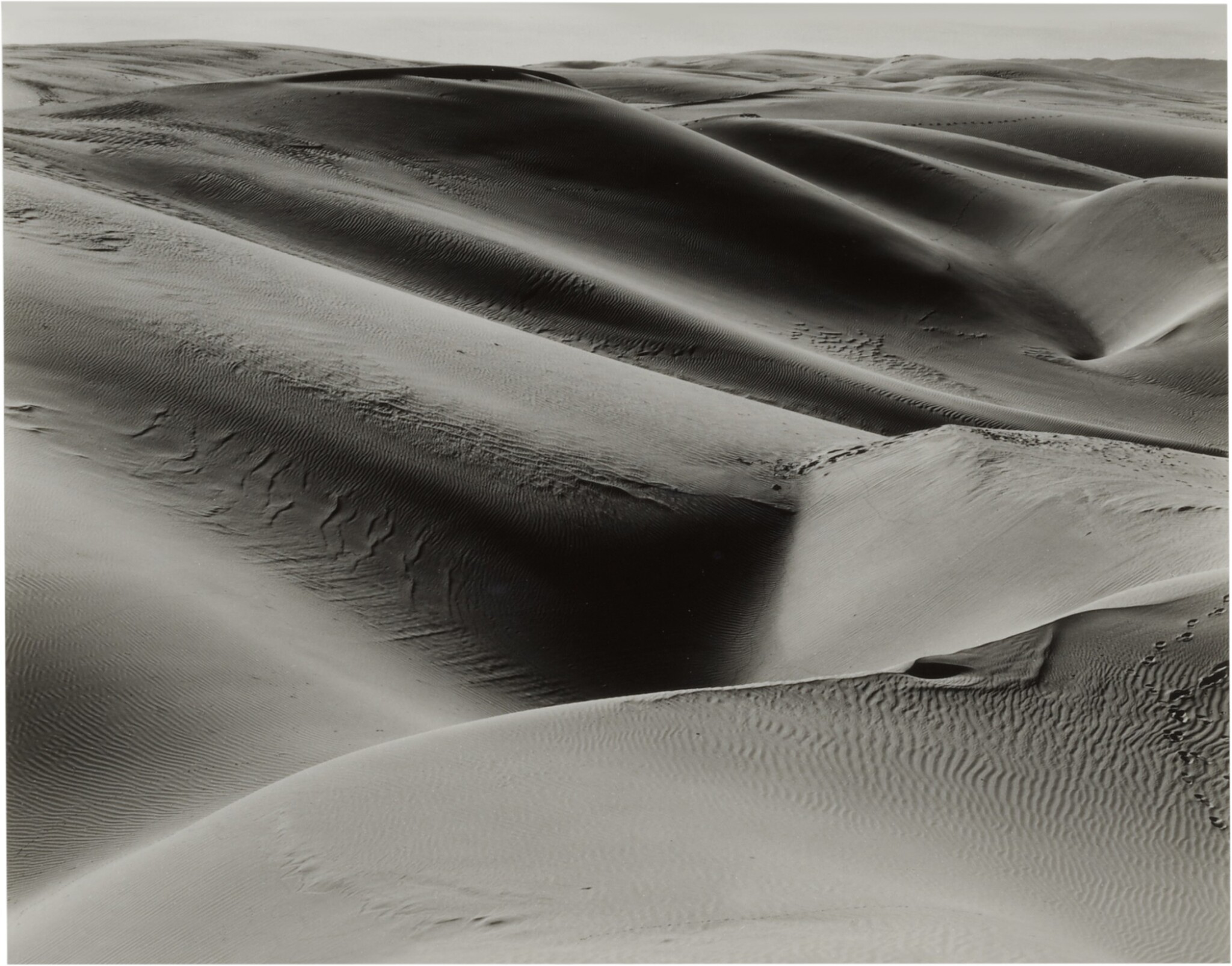 Property of a Prominent Corporation

Please note the color and shades in the online catalogue illustration may vary depending on screen settings. This early print is in generally excellent condition. There is exceptional detail and tonal range from the grains of sand in the foreground stretching to the far distance. There is a deposit of original retouching in the upper right quadrant, visible only under very close examination. There are faint graphite mounting and trimming guidelines on the mount. There are hinge remnants along the edges on the reverse.

Please note this lot has been withdrawn.
The photographer to Frederick Sommer

The present masterfully-printed dune study was originally given by Edward Weston to his friend, the photographer and artist Frederick Sommer.  Sommer, whose early interests were primarily drawing and painting, first encountered Weston’s work in 1933 at the Chicago World’s Fair.  When the two finally met three years later, Sommer was inspired by the aesthetic and technical excellence of Weston’s prints to pursue photographic work in earnest.  By 1938, Sommer had traded his small-format camera for the 8 by 10” view camera favored by Weston.

Weston and Sommer maintained a strong friendship through the years and often exchanged work.  Weston visited Arizona several times between 1938 and 1944, and it is possible that Weston gave this photograph to Sommer on one of those trips.  In his own photographic work, Sommer preferred a very simple style of presentation in which a print was mounted to board and then signed on the reverse.  For prints from this period, Weston typically signed, dated, and sometimes initialed and numbered his prints on the front of the mount below the image.  For the photograph offered here, it is believed that Sommer requested that Weston adopt his (Sommer's) presentation style, leaving the front of the mount blank, so that there would be nothing to distract from the image.

At the time of this writing, no other early print of this image is believed to have been offered at auction.