Property from an important Belgian Collection 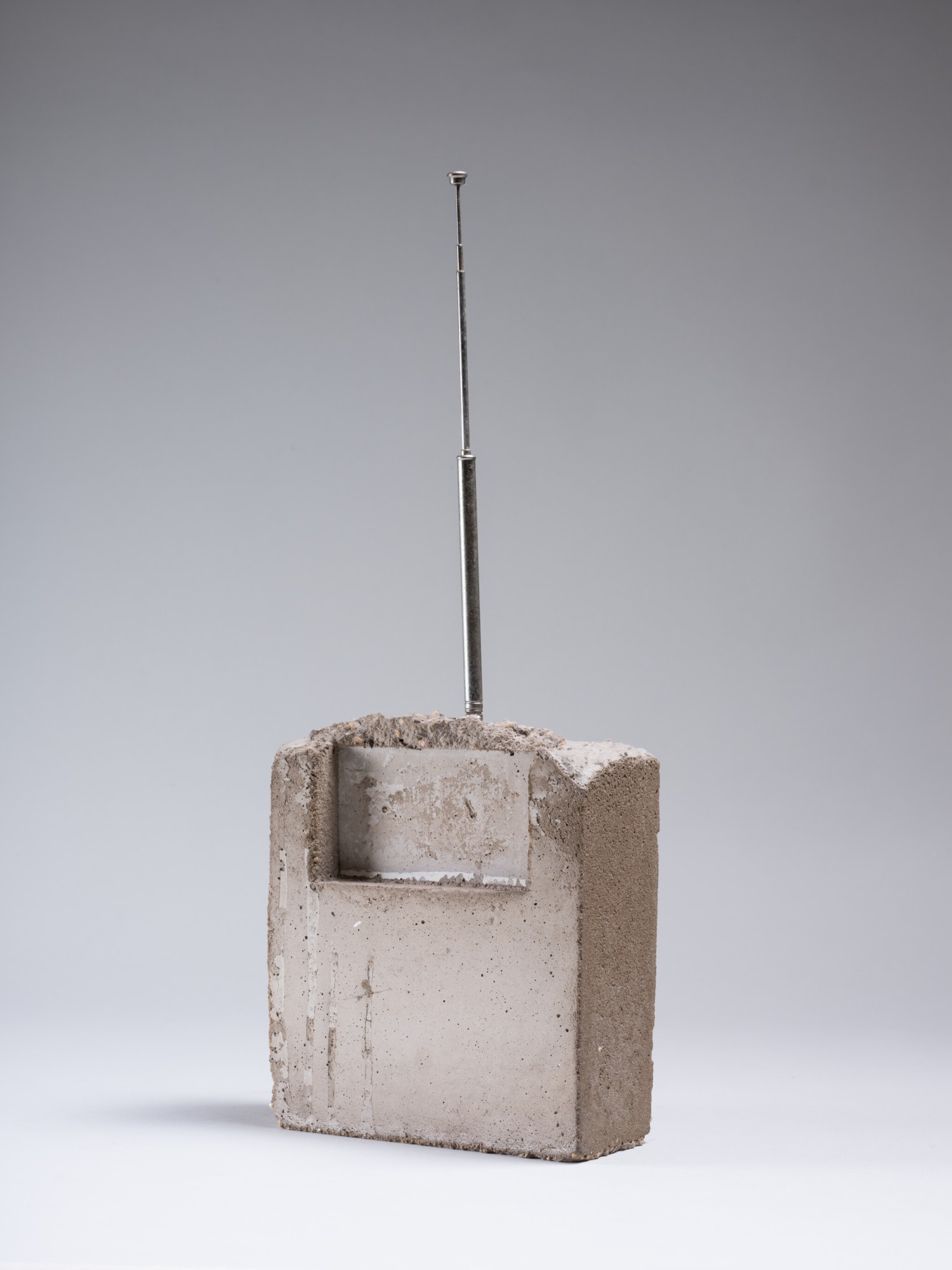 Property from an important Belgian Collection

The present work is registered under the no. IG/S ND/290 in the archive of works by Isa Genzken, Galerie Buchholz Cologne, Berlin.

The present work Weltempfänger Weimar by German artist Isa Genzken is part of one of the artist’s best-known series, the Weltempfänger (World Receivers). The theme of communication plays a central role in her works. Not only is communication about the transmission of information, but further on how objects relate to each other and the space surrounding them.

In 1982, Genzken placed a radio as a readymade on a white plinth for an exhibition and named it Weltempfänger. As the title implies, it is a radio whose frequency range allows to broadcasting stations all over the world. After that, Genzken started creating cast concrete sculptures, that imitate the shape of a radio. They assert themselves through their material aesthetics and their presence in the room. Only the added chrome antenna recalls the functionality of a radio. The idea of having the ability of sending information across borders into the world, opens up a utopian dimension and is further politically interesting. However, the Weltempfänger further refers to the idea of space that is not bound to architecturally defined space. This series of works can be compared to Bruce Nauman’s Concrete Tape Recorder Piece, but unlike Nauman, Genzken's concrete does not encase a functioning device.

Isa Genzken has become one of the most important living artists, whose works have challenged and inspired generations of artists. Her works combine personal themes with conceptual approaches. Between 1973 – 1983 Genzken’s works were also a response to the minimalist and conceptual ways of working that were significant in the United States and Western Europe at the time. Genzken plays with the basic forms and materials that characterize the architectural and social spaces that surround us.