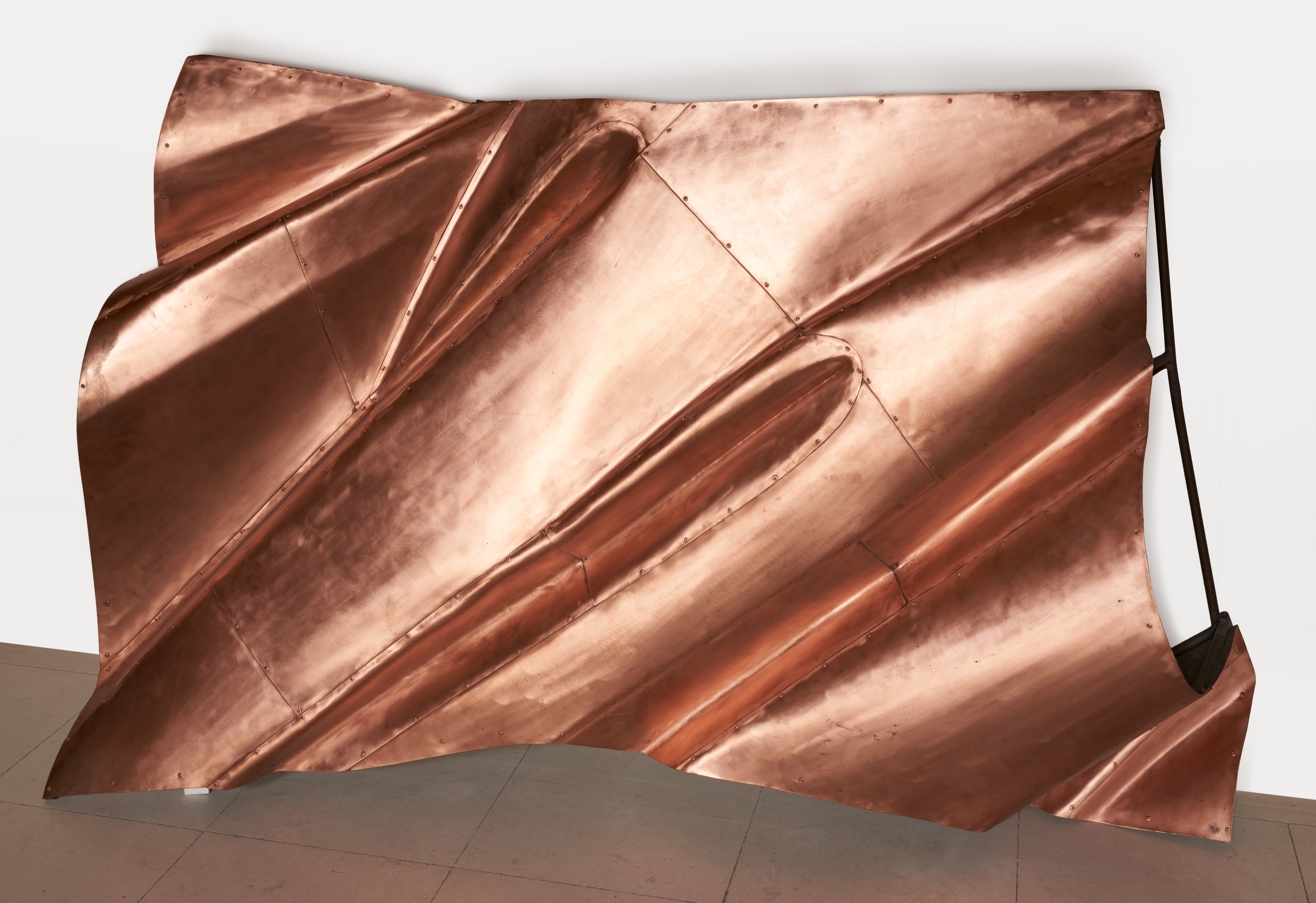 "In taking the Statue of Liberty as subject, Vô appropriated the definitive symbol of not just America but of the abstract notion of 'freedom' itself, and the specific creed of capitalist democracy associated with the work in that context... Dismantling state myths of omnipotence and permanence, his portrait of Liberty ruptured accrues new poignancy by the day, as an expression of the violent division and erosion of civil liberties that mark our times." Katherine Brinson, "Little or Nothing but Life," in Exh. Cat., New York, Solomon R. Guggenheim Museum (and traveling), Danh Vô: Take my Breath Away, 2018, p. 42.

The We the People series is a replica of Frédéric Auguste Bartholdi’s Statue of Liberty, made from approximately 250 individual elements split into individual works. True to the original, Vô uses the same method of hammering and shaping the copper pieces by hand. The elements are never intended to be assembled, instead they are envisioned to invite the viewer to reflect on the meaning of liberty from various perspectives and to experience this iconic statue on a human scale.

Danh Vô’s works are inspired by his own experiences and explore historical conflicts such as migration and cultural collective memory. They often include ready-made objects, which through a particular way of exhibiting, become part of a certain historical narrative. We the People (Detail) combines cultural and historical references, focusing on the similarities as well as differences between the means of production in the 19th century and today’s global economic system. While the Statue of Liberty was a gift from France to the US, paid for (in part) by American citizens, and constructed by French laborers, Vô’s We the People series was conceived in Germany, fabricated in Shanghai, supported by his French gallery, collections and art institutions worldwide, and dispersed to exhibition venues in more than 15 countries. The title for this work – and the exhibition – borrows the first three words of the preamble to the United States Constitution, underscoring our collective role in shaping democracy. Accordingly, each sculpture in the We the People series is part of a conceptual whole, conjuring the full form of Lady Liberty in our mind’s eye. A poetic gesture as much as a sculptural feat, Vô’s multipart copy of the Statue of Liberty is a metaphor for the circulation of cultural values: like a monumentally-scaled puzzle, these forms ask us to reconsider liberty as it exists globally and locally.