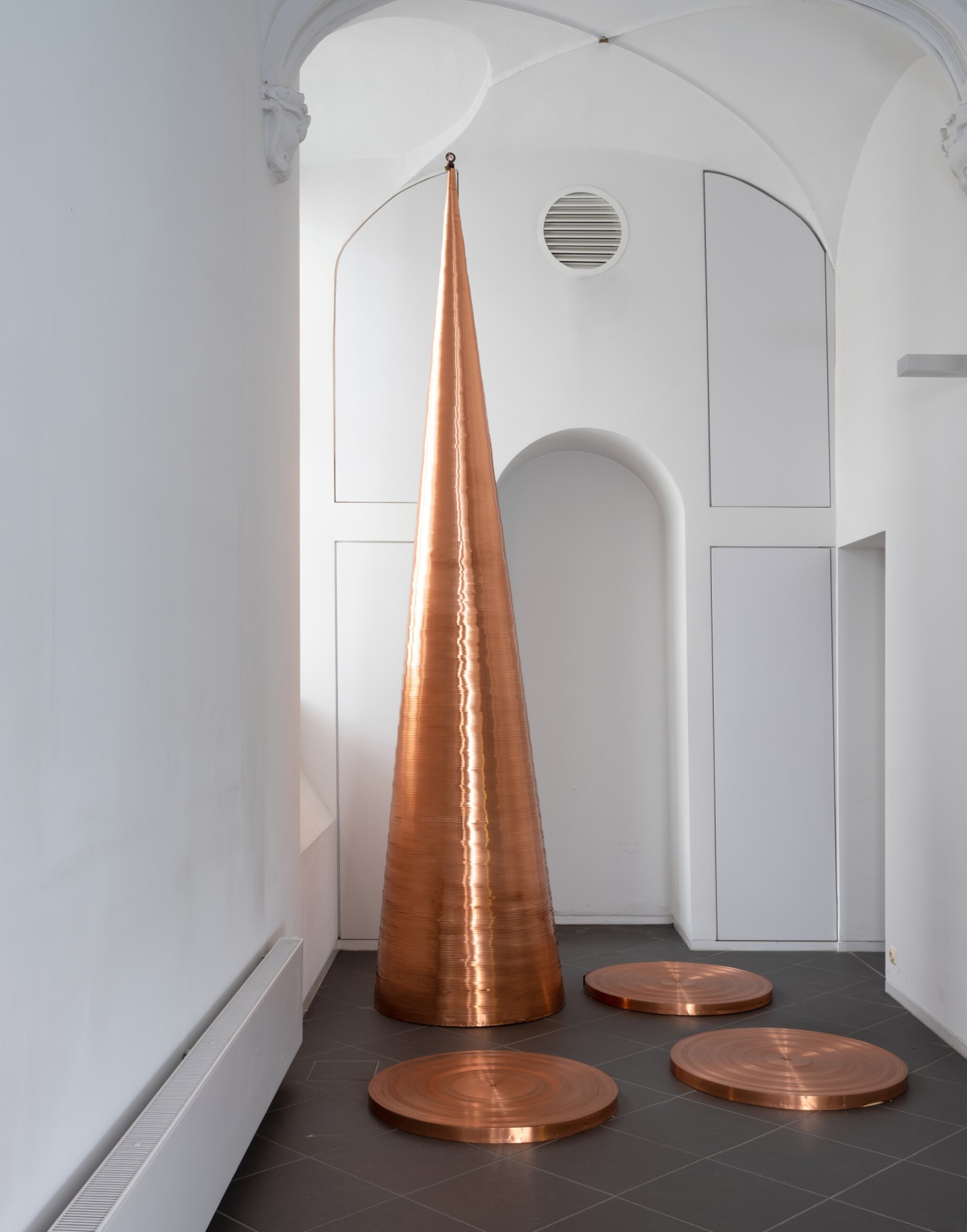 Please note this lot is stored offsite and will be available for shipment or collection five business days after sale closure. Please contact Post Sale Services (depostsaleservices@sothebys.com) to make arrangements.

The present work titled Being I by the Mexican artist Damián Ortega is an outstanding example for the artist’s discussion about cultural and economic contexts, often focus local and regional influences into the consumption of goods. Ortega is also known for his precise selection in the use of material for a defined meaning whether it might be symbolic or political as well as poetic or humorous. He interacts in his works with the relation between the object and its occupation of space and the broad perspective of the spectator which is also apparent in the present work.

The artist’s sculptures are always set in an exact arrangement presenting objects that reflex a local connection. The present work consists of three large forms, dominated by one monumental cylinder of 4m high accompanied by two small round flat shaped plates creating a combined appearance of an organic or architectural nature. For all pieces he chose just one single material- cooper, highly characteristic through its flexible processability and its very noticeable colour. With this choice the artist is reflecting the industrial history and development of the city of Birmingham recognizing the origin of the work.

The title Being was chosen by the artist for a project compiling three sculptures that carry this title also individually. These sculptures were initially designed for and exhibited at Ikon Gallery in Birmingham 2007 (image 1) before the present work was then one of the selected pieces representing the artist at La Triennale di Milano in November 2014 under the title Copper Crossings – Copper Shades in Contemporary Art, Design, Technology and Architecture.

Damián Ortega is one of the most important uprising artists from Mexico and has been represented in major exhibitions at internationally renowned institutions such as Barbican Center and Tate Modern in London, the Centre Pompidou in Paris and MoCA in Los Angeles.