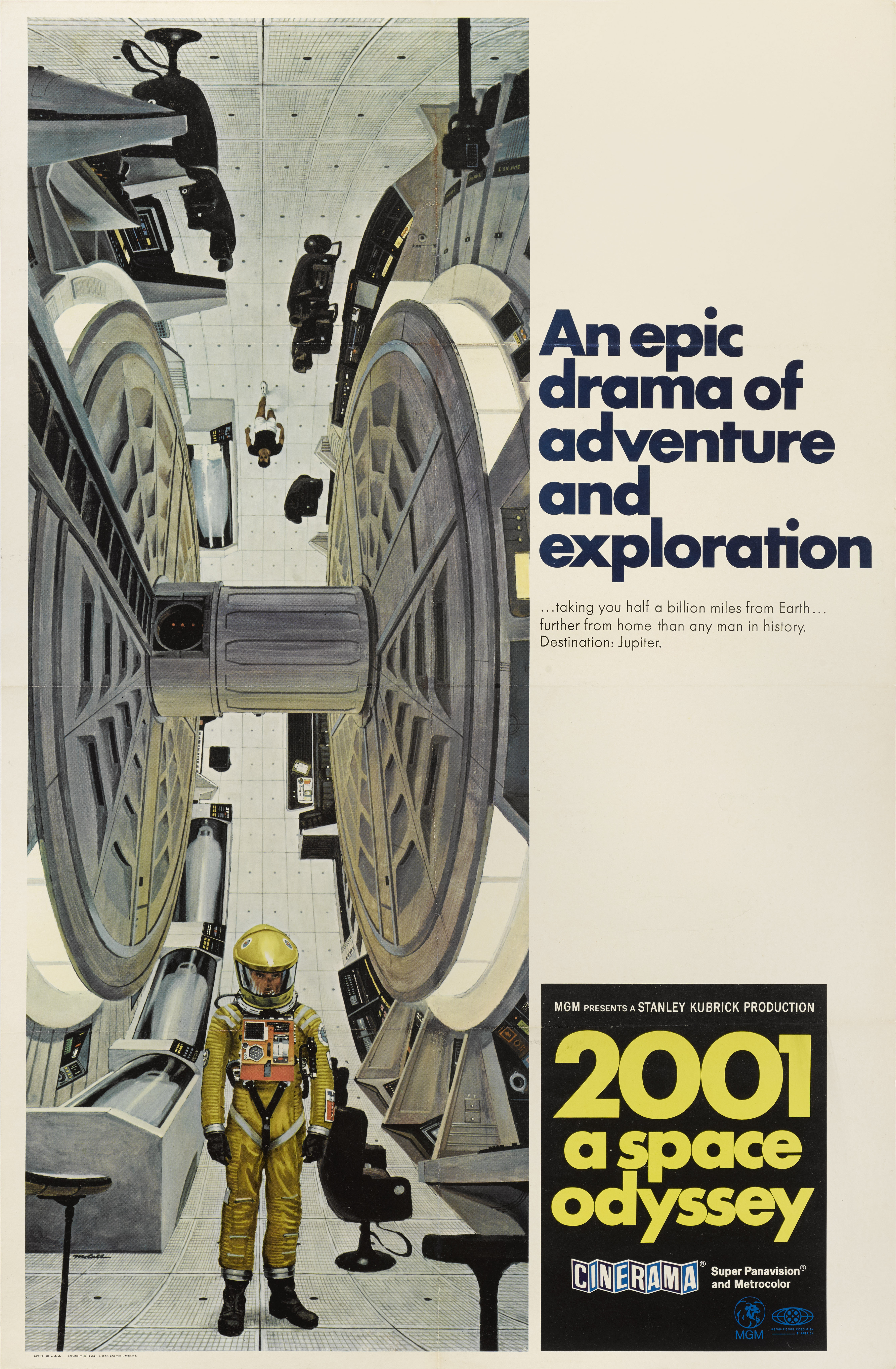 This style is one of the most sought-after pieces on this film, as this poster was only used for cinemas that could show the film in Cinerama format.

Stanley Kubrick's landmark science fiction film is still considered one of the most influential sci-fi films of all time.