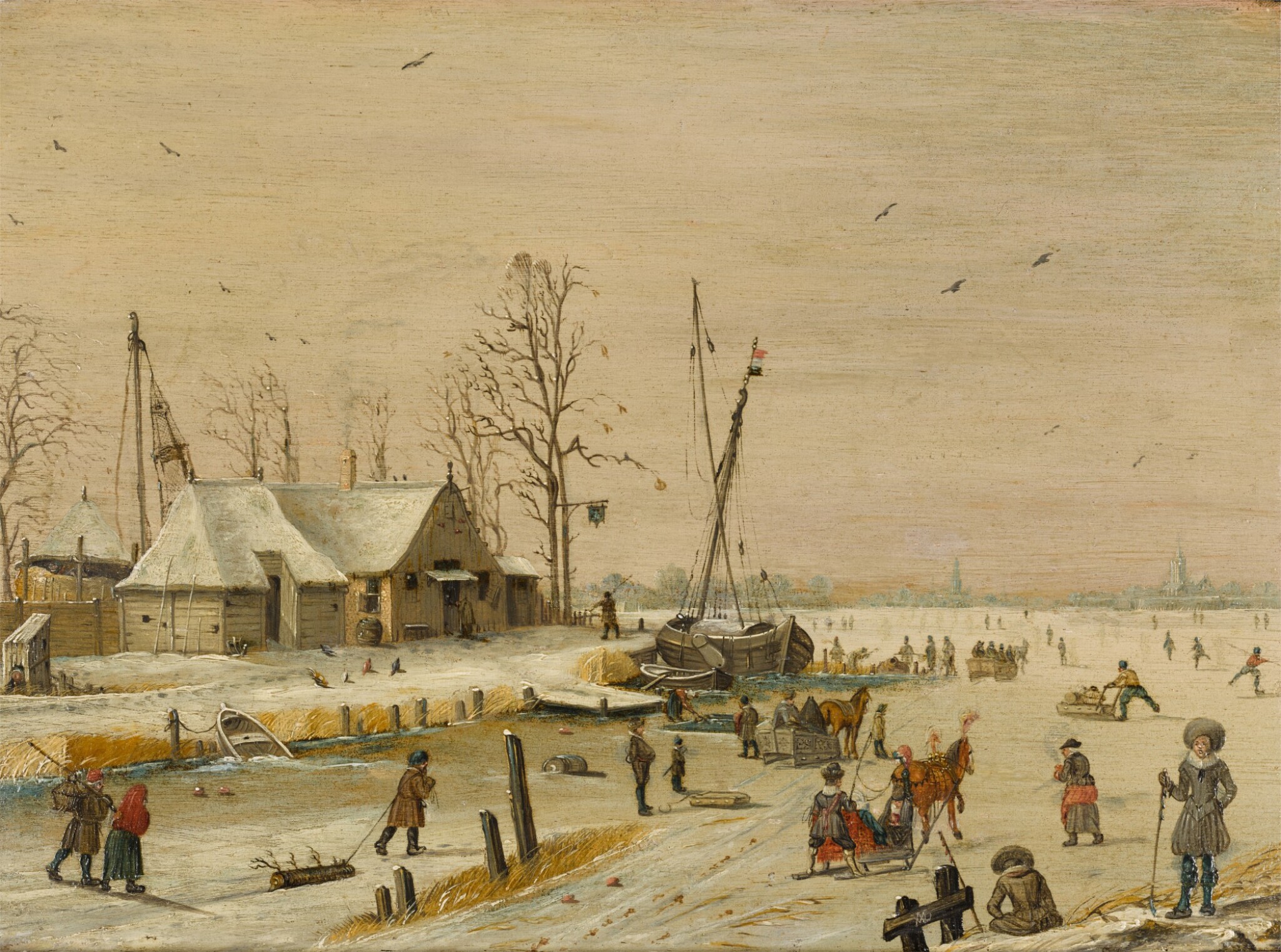 The panel is uncradled, flat and stable. The paint surface is clean with a slightly discoloured varnish. Inspection under ultraviolet light reveals very few and tiny pin-prick retouchings, with a slightly larger spot in the horse lower right (approx. 0.5 x 1cm.), a fine band of retouching along the upper left corner (approx. 5cm. long), and some older fine lines of retouching along the wood grain scattered in the sky, notably upper right. The painting is in overall very good condition.

With Koetser Gallery, Zurich;
From whom acquired by the present collector in 1982.

A native of Gorinchem, Verstraelen settled in Amsterdam where in November 1628, at the age of thirty-four, he married Magdalena Bosijn. As far as we know, he only painted winter landscapes, always with figures on frozen waterways. He was certainly indebted to the work of Hendrick Avercamp, and his own winter landscapes are sometimes seen as visual evidence that Avercamp must have returned to Amsterdam for at least a short period after 1613. Most of Verstraelen's winter landscapes were composed in a similar way, the ice receding towards the distance, with flanking coulisses.

This picture, with a greater variety of incident and a more strongly diagonal composition, is more interesting than most. We are on the right bank of a small river that emerges into a much larger frozen lake, with two villages on the far shore. Near us, a caparizoned horse tows an elaborately decorated sleigh with two passengers, while on the far bank of the frozen river is a wooden inn, and beyond it a hay barn and an eel net held aloft on a pole. A river merchant vessel is held fast in the ice. While the sky appears to be in the grip of a freezing winter haze, the figures cast shadows from a low sun out of the picture plane to the left.