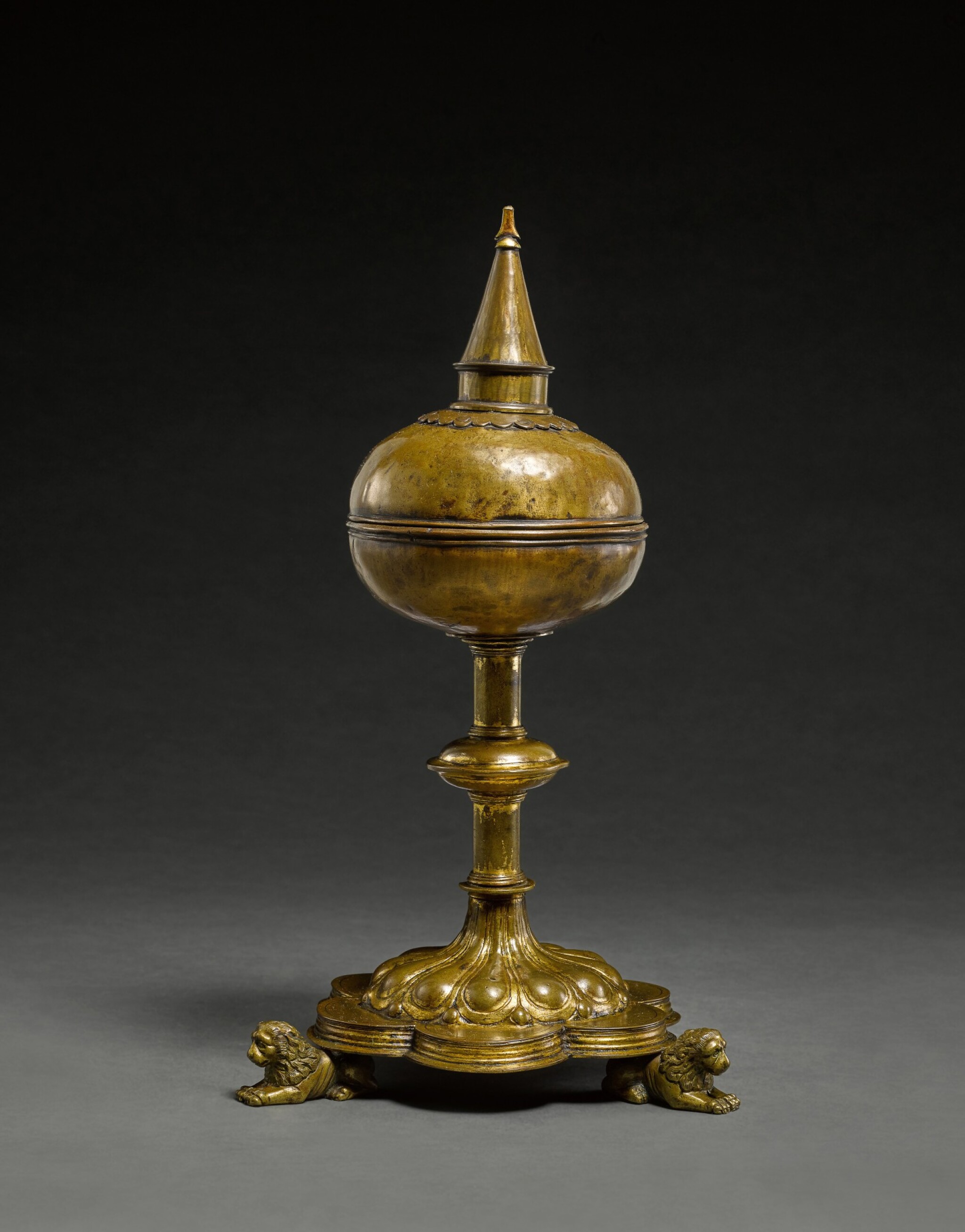 copper alloy, with traces of gilding

the feet associated and possibly later

Overall in good condition with some surface wear and dirt consistent with age. The gilding has mostly worn, but there are remnants, particularly in the base. The lions are probably associated. There is minor warping and denting to the metal. Some dark residues in the crevices.

The simple and eloquent design of this ciborium relates it to the Gothic metal-work of Lower Saxony from around the year 1400. Although utilitarian in its use for storing the Eucharist, its modest amalgam of shapes establishes a visual harmony.

A spherical body, hinged, is topped by a conical finial imitating the spire of a church. A trace remnant of the former cross once surmounting the ciborium is still intact. The round stem features a central, spherical knop and is supported by a splendid hexafoil base. The few trace remnants of its original gilding, highlighting the chased grooves along its base, provide an added character to its chic styling.

The footed lions are a later addition, probably 19th century, and are intended to stabilize the ciborium while the lid is open.

Gothic German ciboria are uncommon in the art market, with many perhaps destroyed or melted-down during the German Reformation, at which time they were banned from use after the first quarter of the 16th century.