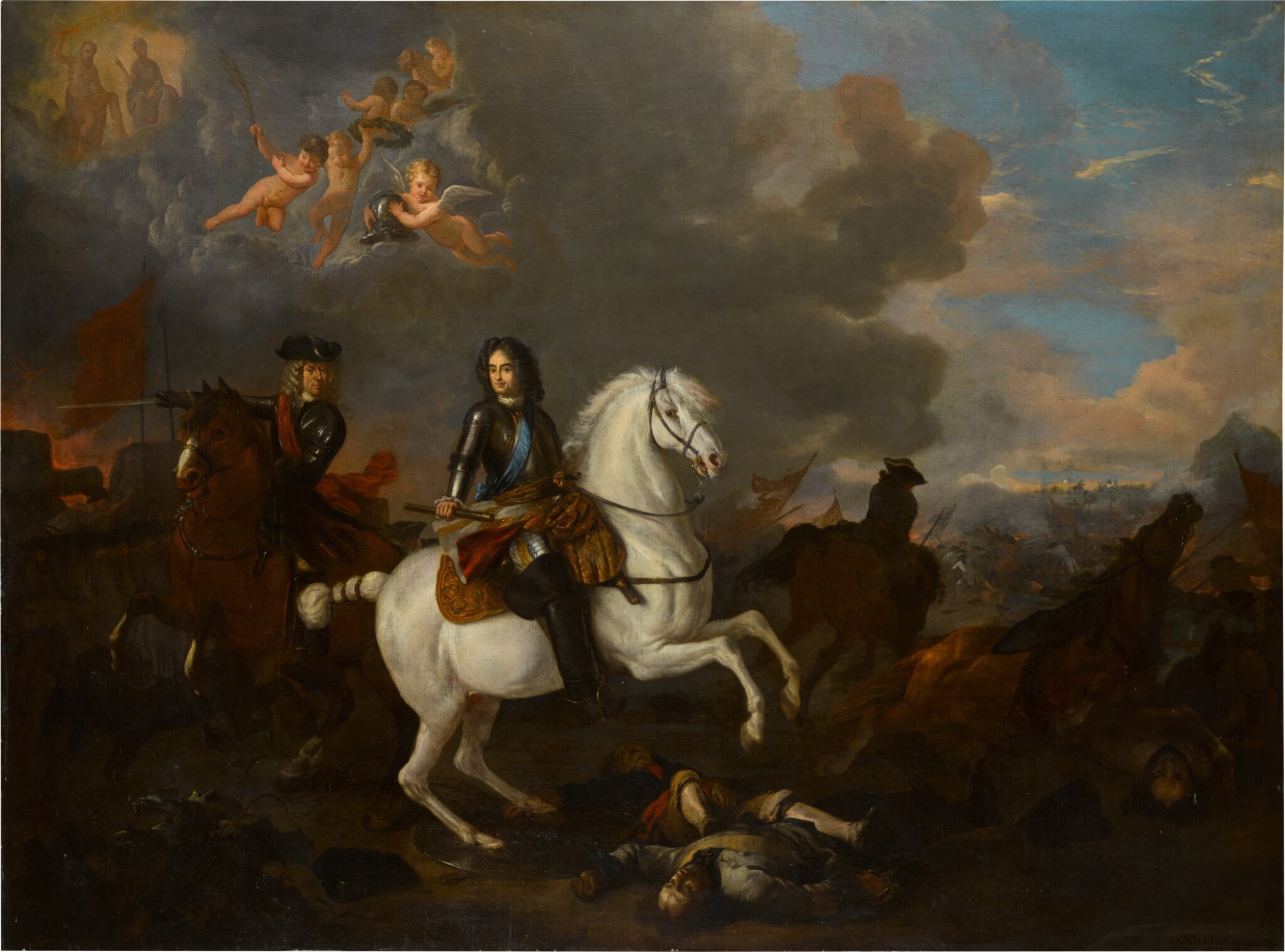 The canvas is lined, the paint surface is slightly dirty, and the varnish is slightly discoloured. Inspection under ultraviolet light is impeded the rather opaque varnish, but appears to reveal only very minor, few, and seemingly cosmetic retouchings and strengthenings. The painting is in overall good condition.