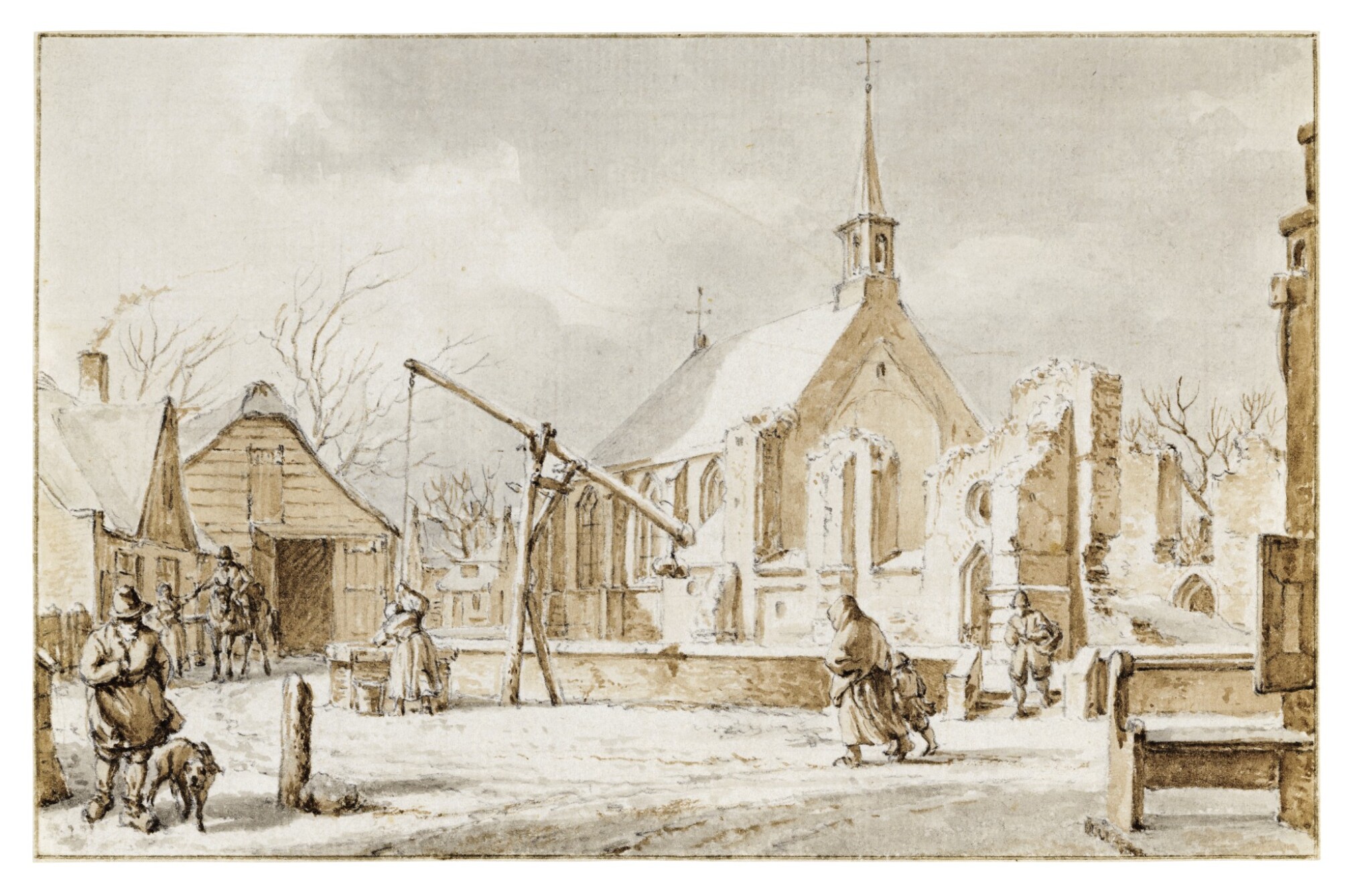 Hinge mounted to a modern cream mount. With the exception of some very minor drop back in the washes this drawing remains in delightful condition throughout. Sold unframed.

We are grateful to Gajus Scheltema for suggesting that the church in this view as that of Bergen, in the Dutch province of Noord Holland.

Born in Altona, near Hamburg, at a young age Cats was brought by his parents to live in Amsterdam. In early 1759, he found employment in the wall-decoration workshop of a certain Jan Hendrik Troost van Groenendoelen, and in May 1762 he set up his own business, producing, with considerable success, the painted wall-hangings that were so popular in Amsterdam interiors of the period. Eventually, however, this fashion began to decline, and Cats then turned his hand to the production of highly finished landscape drawings and watercolors such as this, an art in which he became the leading figure in late-18th century Holland.

Like many of his contemporaries, Cats made sets of finished drawings and watercolors, with unifying themes such as the seasons or the months. This drawing probably originally formed part of such a series, within which the winter scenes were often the most animated and appealing.